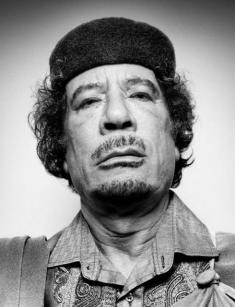 The great Libyan leader Muammar Gaddafi was a politician and revolutionary who dreamed of freedom and happiness for the African continent and its people. He led a revolution, overthrew the monarchy, and at the same time made a significant contribution to the development of his country.

The exact date of birth of Muammar is unknown, according to some data, he was born on June 7, 1942, other sources listed 1940 and other dates. The biography of the future Prime Minister began in a Bedouin family near Qasr Abu Hadi, 30 km from Sirte, Italian Libya.

Later in an interview, he stressed the importance of his origin, saying that they were free people who enjoyed nature because they lived in tents. He was the youngest child in the family, the sixth, and the only boy. His mother ran the family house with the help of her daughters. His father always moved from one place to another, herding goats and camels.

The boy went to school at the age of 9. Since the father of the family was always in search of new, more fertile lands, his family was forced to meander with him.

Thus, Muammar regularly changed schools; he received his secondary education in three different schools. Since the family was always short of money, and his father didn't have friends to look after the kid after school, Muammar would go to the local mosque and spend the night there. He used to visit his parents only on weekends, walking for 30 km straight.

The holidays he also spent at the family tent. Although the Gaddafi family's nomadic camp was always 20 km from the coast, the boy said that he had never seen the sea in his childhood. By the way, he was the only child in the family to receive an education. And after graduating from elementary school, he entered Sabha Secondary School.

The first anti-political organization in the life of Gaddafi appeared in high school. It mostly consisted of young people, and Muammar was an active member of the organization. Their primary goal was to overthrow the monarchy, with the state of which everyone was dissatisfied. In 1961, together with other members of the group, he organized a protest against the exit of Syria from the UAR. Gaddafi himself made the final speech, for which he was expelled from school because he held an anti-government demonstration.

The guys went to rallies, supporting the Algerian Revolution. The authorities did not appreciate the persistence of young people, and after listing Muammar as one of the leaders of the organization, he was first arrested and then forced to leave the city. In his youth, he was energetic; he tried to achieve his goals, so such measures did not scare Gaddafi. He graduated from Misrata Secondary School, and a few years later studied at the University of Libya in Benghazi, and got the rank of Lieutenant.

He trained at the Royal Military Academy and soon was promoted to the rank of captain for special services. Before the monarchy in Libya was overthrown, the man served in the engineering troops, while he strictly followed Islamic customs, did not drink alcohol and always behaved appropriately.

The preparations for the coup d'état began in 1964. Prior to the coup, Gaddafi founded the Central Committee of the Free Officers Movement. For this venture, the potential participants were carefully selected, Gaddafi studied their personalities, capabilities, and observed the moods of the participants in general.

The revolution took place in 1969. By that time, the group had already established their plan of actions. And although for various reasons the date of the grand action was postponed three times, on September 1, the overthrow of the monarchy started. Groups of members of the created organization, of which Muammar was the captain, began to carry out operations to seize control of the significant military and state objects. They decided to hold public speeches in Benghazi, Tripoli and other big cities of the country.

The performance was broadcast throughout the country, except for distant villages, so the battle groups captured them before the set time. An essential task of getting to the Benghazi radio station and controlling the operation from there stood before Muammar. On the radio, the whole country could hear the speech of Gaddafi, who told people that the "reactionary and corrupt regime " would be overthrown.

The monarchy no longer existed, the Revolutionary Command Council (RCC) was established, and the country was renamed the Libyan Arab Republic. In addition to that, Gaddafi received the rank of Colonel and was appointed commander-in-chief of the country's armed forces.

Already a member of the central committee of RCC, in 1970, Muammar was appointed Prime Minister and Defence Minister of the country. The first measures taken by the new state were the reduction of military bases of other States from Libyan land, the nationalization of foreign banks and property owned by Italians, as well as the change of the calendar system. The time reckoning now began after the Muslim prophet Muhammad's death, the names of the months were also changed.

In 1971, began a complete revision of the legislation created under the monarchy. Now all the laws were based on the principles of Islamic sharia, gambling and alcohol were banned entirely in the country. There was also a purge of the opposition members, who protested against the revolution and the establishment of the new government. In 1979, sharia was completely introduced into the legal system of the country.

After coming to power, Muammar combined his socio-economic and political views into a concept, which, in his opinion, could help social development. His chief work Gaddafi outlined in The Green Book, which conveys the essential points of the Third Universal Theory.

In this book, the ideas of Islam are closely connected with the theories of Russian anarchists (Kropotkin and Bakunin) The first part describes the form of social order of the Jamahiriya, which was promulgated and officially became a new form of government in 1977.

After adopting a new system of government, the parliament was dissolved, and at the same time new institutions were established, the General People's Committee, secretariats, and bureaus. Gaddafi was appointed Chief Secretary. And although two years later the man gave up the post to professionals, since then he was officially called the Leader of the Libyan Revolution.

There were many points in Gaddafi's plans after coming to power. The man wanted to unite Libya with other Arab countries, and in 1972 called on the Muslim people to fight with the United Kingdom and the United States for the liberation of Palestine. He sent his troops to help Uganda in the late 1970s, supported Iran in the war with Iraq, and was even accused of plotting to overthrow the head of Sudan, Jaafar Muhammad an-Nimeiry.

Despite that, the man initiated the formation of a special inter-African body, the members of which would settle political conflicts peacefully. In 1970, Muammar called on the members of the Organization of African Unity to end relations with Israel, and this resulted in a war.

Many Arab countries, trying to protest against Israel, raised oil prices and then declared an embargo on the supply of oil products to the United States and other governments that supported Israel.

All this concerned foreign policy. With Gaddafi's rising to power, significant events took place within the state too. Still, there were those who tried to organize a coup, and because of that, he forbade to create opposition groups and political parties. Also, workers' and students' strikes became illegal; the media was also under strict control.

However, there were contradictions in the actions of Gaddafi. This statement can be proved by the fact that the man sometimes showed leniency to imprisoned dissidents. He personally broke down the prison door on a bulldozer and released four hundred political prisoners.

During his leadership, Muammar made a significant contribution to the development of education in the Republic. While only 27% of the population was literate before, this figure reached 51% after the transformation of Libya and the creation of many libraries, sports centers, and educational institutions.

However, not everything was so bright in Libya. During the leadership of Gaddafi, the Republic had to live through the conflict with Chad, the bombing by an American aircraft, which killed the adopted daughter of Muammar, sanctions from the UN Security Council for the explosions of airplanes and some other problems. The biggest tragedy for many citizens of Libya was the murder of their leader.

Muammar was married twice. His first wife - the daughter of an officer, worked as a teacher at a school, in 1970 gave birth to their son. However, his marriage with this woman did not work out, and the young couple got divorced. The next wife of the revolutionary was Safia Farkash, who gave birth to their seven children. They also raised two adopted sons and a daughter. Each of the children has achieved some success in life.

For example, his third son is a professional football player; he holds the rank of Colonel in the Libyan army. The fifth son is also an officer of the Libyan army, and the only daughter became a Lieutenant-General, as a member of an organized group she defended Saddam Hussein, who at that time was the President of Iraq and was just overthrown.

Besides the Green book, the cover of which had a photo or a portrait of the revolutionary (depending on the publisher), for all his life Muammar wrote many other works. Among them are stories Escape to Hell, Land, Town, and others. The man is honored in the movies, the films The Naked Gun: From the Files of Police Squad!, The Dictator and some others are about him.

Before his death, Muammar Gaddafi, between 1975 and 1998, lived through attempted murders 7 times.

In the winter of 2010-2011, a civil war broke out in Libya; people demanded that Gaddafi should step down and leave the country. On October 20, 2011, organized groups stormed Sirte and captured Muammar. People surrounded the man, shot at the sky and pointed machine guns on him.

In the last minutes of his life, he urged the rebels to come to their senses, but it did not help. The cause of the death of the Libyan leader was lynching, which was committed by his own countrymen. Besides, Gaddafi's son was captured and killed under mysterious circumstances. The bodies of both were placed in industrial refrigerators and put on public display in the shopping center of Misrata. And at dawn, the men were buried in the Libyan desert. 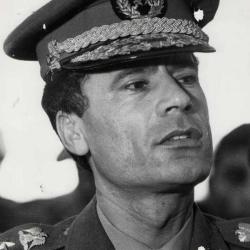