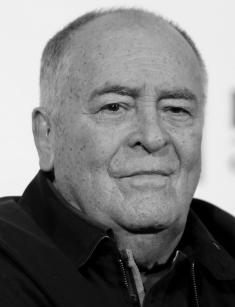 A classic of the filming industry Bernardo Bertolucci did not study directing at a University; however, the movies of the Italian filmmaker are considered to be treasures of art. The exotic views of the author consisting of a scary combination of Marxism, Buddhism, and Freudism did not prevent his craft from getting recognized.

The great director was born in 1941 in the North of Italy, in Parma, founded in the years before our era. Bernardo had two brothers who bore common names used in the country: an older brother, Giovanni, and a younger, Giuseppe. Both of them devoted themselves to the film industry.

His father was a Professor, film critic and poet, who took young Bernardo not only to the premieres of films but also to the set. His mother worked as a teacher and even encouraged her son's interest in cinematography.

A fun fact: in his early youth, the future Oscar-winning director wanted to become a poet and even received two literary awards, and also studied philosophy at the University of Rome. However, the love for cinematography overshadowed other hobbies of the young man. At the age of 21, Bernardo dropped out of University to make his first feature film. By this time, the biography of Bertolucci already had amateur films and a job as an assistant in the motion pictures of Pier Paolo Pasolini.

The first full-length film of Bertolucci was La Commare Secca (literally "The skinny gossip," English title The Grim Reaper), a detective thriller film about the murder of a prostitute. The film Before the Revolution (Prima Della Rivoluzione), shot two years later, turned out to be much further from the cinematic mainstream, it was a modernized interpretation of Stendhal's The Charterhouse of Parma, telling about the young man who, protesting against bourgeois morality, breaks up with his fiancée and starts a love affair with her aunt.

Later in the filmography of Bertolucci appeared a mysterious film about the madness of a cinephile (Partner) and a fascinating movie The Spider's Stratagem (Strategia Del Ragno), the first appeal of the director to the study of the origins of fascism. In The Spider's Stratagem, the boundaries between past and present, truth and fiction are blurred, and Giuseppe Verdi's music is continually playing behind the scenes. The plot of the motion picture is somewhat similar to the plot of the movie Once Upon a Time in America, which would be filmed much later in the future.

Bertolucci shot the world-famous film The Conformist (Italian: Il Conformista) after joining the Communist party. The director makes the audience feel like participants in Nazi crimes. Sexual relations of the characters play a significant role in the story.

The beginning of the 80s was marked by the shooting of the Tragedy of a Ridiculous Man (Italian: La Tragedia di un Uomo Ridicolo), in which the owner of the cheese factory is suffering from the need to pay a ransom for the kidnapped son.

The next three films of Bertolucci were filmed in exotic countries for Europeans. It was the movie The Last Emperor which received nine Oscar awards, and the brother of the monarch acted as a consultant during the shooting of the motion picture; the film The Sheltering Sky, shot in Africa, was a disappointment for the author of the original novel, a classic of American literature, Paul Bowles. The third film was the polarization of the foundations of Buddhism, Little Buddha.

The movie, approved by Dalai Lama, tells the story of the search for another reincarnation of the Buddha. The film turned out to be fascinating because of the acting talent of Keanu Reeves and the fact that it was the first movie shot in Bhutan in the history of cinematography. However, the actor Chris Isaak was nominated for a mock booby prize award, The Golden Raspberry Awards, for his work on this movie.

In the film Stealing Beauty Liv Tyler's character discovers her biological father and dreams of intimacy with the man who gave her a kiss four years ago. Curiously, the actress herself found out who her father was only at the age of nine.

Me and You is Bertolucci's last film, directed by him when he was already in a wheelchair. There are photos proving the heroism of Bernardo at work. The movie tells the story of a teenager experiencing difficulties in communication.

Bernardo was married twice, but both relationships did not bring the filmmaker children.

The first "significant other," the Italian actress Adriana Asti was eight years older than the director and by the time of starring in Bertolucci's film Before the Revolution already had a feature role in the star film of Luchino Visconti di Modrone about a boxer Rocco. The family existed for five years.

His second wife was a Tanzanian-born screenwriter and director Clare Peploe. This marriage stood the test of time and lasted forty years, until the death of Bertolucci.

In general, little is known about the personal life of the director, sentenced to probation "for immorality." The filmmaker is said to have had an affair with the artist Maria Paola Maino. Bernardo was a passionate man, but fell in love not so much with people as with ideas – he worshipped Marxism and Freudism, and from atheism, professed in his youth, he later came to Buddhism. But the central passion of Bertolucci was cinema.

Some famous quotes belong to the titan of the Italian film industry. The filmmaker believed that "there's no such thing as love. There are only proofs of love", and that prohibitions provoke people to fight boredom.

Since the early 2000s, as a result of an unsuccessful surgery on the spine Bertolucci became a wheelchair user. After several years of despair and seclusion, the director returned to the film industry and shot his kindest films.

The classic with an ageless soul in an interview said that he wanted to mark his 80th birthday with the next cinematic premiere. But these plans did not come true. Bernardo died in September 2018, the cause of death was cancer.

Bertolucci considered the year of the composer Giuseppe Verdi's death to be the actual beginning of the 20th century. The death of Bernardo marked the end of the century; the man who is praised in the film industry as a self-taught genius.