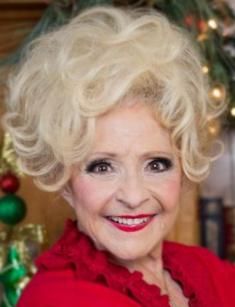 Brenda Lee is an American vocalist, composer, and producer known as one of the leading pop singers in the 1950-1960s. She was the first musician who performed the Christmas song “Rockin' Around the Christmas Tree”, one of the most favorite holiday hits.

Brenda Mae Tarpley was born on December 11, 1944, in Atlanta, Georgia. When the girl was born, her weight was only 4.4 lbs. (2 kg.). The future singer’s family was one of the poorest in the neighborhood: according to Brenda memories, she shared her bed with two siblings. The girl often had to go to bed hungry. The parents were always looking for a new job.

The musician’s father, Reuben Lindsey Tarpley, was a farmer’s son and lived in Georgia; he served in the American army for a long time. The man’s height was 5.58 ft. (170 cm.), and he played in a basketball team; he was a wonderful pitcher. The mother, Annie Grace Yarbrough, came from a working-class family that lived in Greene County, Georgia.

Brenda Lee showed her talent from an early age. When the girl was five, she entertained her neighbors by short improvisation shows. As her mother remembered, the child could whistle any tune, even if she had heard it on the radio once. When Brenda and her siblings came to a local candy store, she would stand next to a counter and sing to earn candy or money. At the age of six, the young talent participated in a singing competition for the first time and won a victory.

In 1955, Brenda had her first significant performance: a popular radio and TV presenter Red Foley invited the kid to his Ozark Jubilee show. The audience was astonished: people could not believe that a ten-year-old girl could have such a vocal range. Two months later, Brenda signed her first contract with a record company.

The artist’s breathtaking career began. There are two main periods in Brenda Lee’s work: initially, the young woman performed rock’n’roll music and switched to country pop later. By the end of the 1950s, Lee was famous outside her country, and her songs were frequently aired on TV and radio.

1958 was a difficult year. The singer’s father died, and her earnings helped the family a lot. The producer Dub Allbritten played an important role in Brenda’s career: he made her a permanent partner of Red Foley, so the artists had a tour in Europe together. Lee’s program was a great success in France.

In the 1950-1960s, the musician presented her most famous singles: “Jambalaya”, “I Want to Be Wanted”, “All Alone Am I”, and “That’s All You Gotta Do”. They appeared in many music charts including Billboard Hot 100.

Thanks to the song “Dynamite” and Brenda’s eccentric singing manner, the artist was nicknamed “Little Miss Dynamite”. She got her stage second name, “Lee”, from the word “leetle”. One can see in pictures and posters that the woman is quite short: 4.76 ft. (145 cm.).

As Brenda was aging, her voice was evolving and getting more feminine and softer. Thanks to her new voice, the woman recorded many songs that brought her international recognition.

At the beginning of 1960, Lee was touring in Great Britain. The future icons, The Beatles, were the opening band in her shows. “Miss Dynamite’s” concerts were immensely popular, and buying a ticket was challenging.

In 1960, Brenda Lee recorded the song “I’m Sorry” that became her trademark hit for many years. Besides, it was an excellent example for beginning singers. Brenda’s powerful and sensitive singing mesmerized ordinary listeners and critics. This song gave the artist her first Grammy nomination and the top position in the Billboard pop chart.

At the beginning of the 1970s, Brenda said she was a full-fledged country musician. The Americans are known for their love of country music, and Lee’s popularity grew. In the late 1970s, Lee tried herself as an actress and appeared in Smokey And The Bandit 2. At the same period, she created the music for the movie Only When I Laugh.

Throughout her long career, the singer has recorded more than 30 studio albums; the latter was released in 2007. The 1960 album This Is…Brenda is one of the most popular works. The vocalist is one of the top American singers; more than 100 million copies of her works have been sold. Brenda Lee proved that women could do anything including rock’n’roll and country music – the genres where men dominated.

Although “Miss Dynamite” often sings about lost or unshared love, her own personal experience is different. The artist has been happily married to Ronnie Shacklett for several decades.

The future husband noticed Brenda at Jackie Wilson’s concert and proposed to her six months later. Two children were born in this family: the twins Jolie and Julie.

Besides, Brenda is a grandmother of three adult grandchildren: Taylor, Jordan, and Charley. The woman continues her career and records new music. In 2018, the singer gave a concert in Tennessee, US. In 2019, she will also participate in new shows. 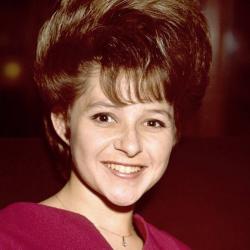