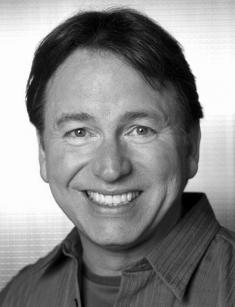 The well-known Hollywood comedian, John Ritter, didn’t intend to become an actor. He believed that his calling is psychology. However, acting genes which he inherited from his famous parents finally did their thing. As a student, John became fascinated by the theater, and he decided to leave the university and without parent's help reached the top of success in Hollywood.

The full name of the actor is Jonathan Southworth Ritter. He was born to the family of actors, and his parents were Tex Ritter and Dorothy Fay. Americans called Tex a singing cowboy for his taking-off country songs. Dorothy made success in Hollywood. So, it is no surprise that Jonathan decided to engage in acting as his occupation.

The future actor successfully graduated from Hollywood High School, and he was active and in good standing with teachers. He had the title of "Smart guy" and became a student body president. After school, he took part in the shooting of his first TV show The Dating Game.

Studying in university was the starting point in John's acting career. During studying, he got to Nina Fox and received the first acting skills. He was so captured by the play that he decided to change his major and leave the faculty he was studying psychology at and entirely devoted himself to the profession of an actor. He continued to improve his skills in The Harvey Lembeck Comedy Workshop, where his teacher was Stella Adler.

For two years, John traveled to different European countries, where he developed his acting skills on the stage. It was then that he improved his talent as an actor of the comedy genre. However, he always tried to go beyond his role, working on roles and personality of serious characters.

John Ritter started his acting career in 1968. Thanks to the role of Rodger in the movie The Barefoot Executive, Jonathan was considered to be a talented comedian. Films directors had the pleasure to invite funny actor as the star. He frequently appeared in films and managed to participate in multiple projects a year.

There are 134 films in Ritter's filmography, including the roles in series and the voicing of major roles in animated films. Unforgettable characters in such movies as Difficult child, Bride of Chucky, Bad Santa brought the actor international fame. The peak of unprecedented popularity came in 1980-2000-es.

The most successful TV movie in Ritter's biography is the series Three's the Company. For the performance of Jack Tripper, he was nominated for the Golden Globe Awards twice. Detective Hooperman from the series of the same name has become another memorable character which brought him the award of American Film Academy.

The role of Paul Hennessy in the series 8 Simple Rules... for Dating My Teenage Daughter was prophetic for him and became the last in his life. After his death, his family got Emmy Award as Outstanding Lead Actor in a Comedy Series.

Actor’s recognition for his contribution to the development of American cinema became a personal star on the Walk of fame in Hollywood, which was opened in 1983. The high level of John Ritter’s professionalism is proved by the multiple Golden Globe Awards for male roles played.

Jonathan was married twice. Nancy Morgan, with whom he had three children, became his first wife. Ritter’s son, Jason, became an actor like his father. The couple broke up in 1996. The actor’s second marriage was with an actress, too.

Amy Yasbeck, who stayed with John until the last minutes of his life, became his spouse. They met during the filming in Difficult Child. Jonathan and Amy had a girl. Happy parents named their daughter Stella. She makes a successful career in Hollywood, takes part in films and composes music.

John was happy in his personal life. Amy became reliable support and rear for him. After Ritter’s tragic death, Yasbeck organized a The John Ritter Foundation and created the Ritter Rules, devoted to the study and prevention of aortic diseases.

Jonathan’s death was a total shock to his colleagues. The tragic event took place in 2003 in the midst of the filming of the next series of 8 Simple Rules... for Dating My Teenage Daughter. The man complained of heart pain, after which he fell sick. He suddenly lost consciousness. John was in a deep coma for several hours. On the same day, the actor died in the hospital without regaining consciousness. The cause of sudden death was aortic dissection.

Comedian’s funeral took place in Los Angeles. The actor is buried in the Hollywood Hills Cemetery, where famous figures of American cinema and show business are buried.

The actor's wife was anxious about the death of her husband. Yasbek filed a lawsuit against a doctor who hadn’t recognized the real cause of her husband's state of health. A couple of years before the tragedy, Ritter underwent a scan, but according to the results, the doctor didn’t see the danger, particularly the expansion of the aorta. The court issued its verdict that the doctors were not guilty, and the disease was discovered only before the death of the actor. However, Ritter’s family received multi-million dollar compensation.

A surprising and tragic coincidence: in the last role, John portraited a character with heart disease. According to the script, Paul Hennessy felt bad in the store. This circumstance allowed the producers to bring the character out of the script easier for the filming process. In memory of Jonathan, the first series of the new season of a television movie 8 Simple Rules... for Dating My Teenage Daughter were devoted to the actor.

The last film with the participation of Jonathan, Bad Santa, was also dedicated to the talented actor. The writers of the series Scrubs contributed and devoted one of the series to John's character.

The comedian left dozens of memorable movie roles. The admirers of Ritter's talent come to the nominal star of the artist on the Hollywood Walk of fame every day, and the film Bad Santa was an addition to the festive mood of television during Christmas and New Year celebration. 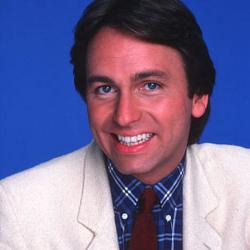