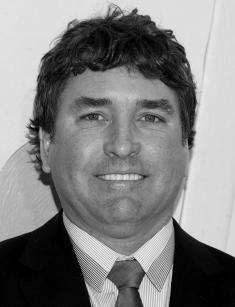 The animated series SpongeBob SquarePants, known to children and parents, was presented to the world by Stephen Hillenburg, a marine biologist by profession, a talented animator by vocation. In November 2018, Stephen died, but even after he left this world, the adventures of SpongeBob continue: the 12th season is now on Nickelodeon, and in July 2020, the third full-length film The SpongeBob Movie: It's a Wonderful Sponge is scheduled to premiere.

Stephen McDannell Hillenburg was born on August 21, 1961, at Fort Sill, a United States Army post in Lawton, Oklahoma. His father, Kelly N. Hillenburg Jr., worked for the U.S. military, and his mother, Nancy Dufour, taught visually impaired students. When the boy was one year old, the family moved to Orange County, California, where Kelly began a career as a draftsman in the aerospace industry. Stephen's younger brother, Bryan, eventually followed his father's footsteps.

The SpongeBob creator's passion for sea life was born when he saw the documentary television series The Undersea World of Jacques Cousteau, a French oceanographer. At the same time, Stephen discovered his passion for art. His first image was a slice of orange. The skill of the artist the boy got from his grandmother.

In the 1970s, his parents used to take Stephen to the International Tournée of Animation at the Los Angeles County Museum of Art. Here he got acquainted with the works of the maestro of animation Paul Driessen, who created An Old Box (1975), The Killing of an Egg (1977), Het Treinhuisje (Home on the Rails) (1981). Hillenburg attended Savanna High School in Anaheim, California.

In his youth, at the age of 15, Stephen mastered snorkeling (swimming on or through a body of water while equipped with a diving mask), then he repeatedly went down to the bottom of the ocean. Marine adventures inspired the teenager to study the biology of the ocean. He enrolled at Humboldt State University in Arcata, California as a marine-science major. In 1984, he got his bachelor's degree.

"Initially I think I assumed that if I went to school for art, I would never have any way of making a living, so I thought it might be smarter to keep art my passion and hobby and study something else. But by the time I got to the end of my undergrad work, I realized I should be in art," - said Hillenburg in one of his interviews.

The following years the young man devoted himself to teaching marine biology to the guests of the Orange County Marine Institute in Dana Point, California. One day, the educational director asked Stephen if he would be interested in creating an educational comic book about the animal life of tidal pools for young visitors of the Institute. This is how Hillenburg created The Intertidal Zone, a comic book about anthropomorphic forms of sea life. The marine biologist tried to publish his comic book but received only refusals from publishing houses.

In 1987, Stephen left his career as a scientist to become an animator. After two years he entered California Institute of the Arts, and in 1992 he became a Master of Fine Arts in experimental animation.

His first animated short films, the Green Beret and Wormholes, Hillenburg released in 1992. The Green Beret tells the story of a Girl Scout with enormous fists, who sells cookies and with one knock at the door crushes all the houses. Wormholes was Stephen's graduation project on the theory of relativity, which got a Graduate Film Scholarship from the Princess Grace Foundation. The film won an award for Best Concept at the Ottawa International Animation Festival.

The animated series Rocko's Modern Life, which was broadcast on Nickelodeon from 1993 until 1996 was the first professional work of Hillenburg in the animation industry. He met the show's creator, Joe Murray, in 1992, at the 1992 Ottawa International Animation Festival, where Wormholes and Murray's My Dog Zero were both in competition. After seeing Stephen's project, Joe offered to work together. So Hillenburg got the position of director.

Rocko is a wallaby who came from Australia to the US and is trying to adapt to the new environment. His friends – steer Heffer, the turtle Filburt, and Leap Frogs only make his life more complicated. Some of the series are innocent and quite suitable for showing to children, others raise acute social issues and are full of "dark humor," which the producers of Nickelodeon especially liked.

Starting as the director, by the final season four, Hillenburg became the creative director of the show. He controlled the entire production process, from the idea to the final product on television. To participate in the festival in Ottawa, which brought Stephen two happy events at once – the first award and Joe Murray, the American had taken a bank loan. The success of Rocko's Modern Life allowed Hillenburg to pay off his debts.

Of course, the most significant work in the biography of Stephen Hillenburg was the cartoon SpongeBob SquarePants. He got the idea of the show in 1986 while working at the Orange County Marine Institute. Stephen got his inspiration from the TV series The New Adventures of Mighty Mouse and Pee-wee's Playhouse.

While working on Rocko's Modern Life, Martin Olson, one of the writers, read The Intertidal Zone and advised Hillenburg to create a television series with a similar concept. The animator was in doubt: Joe Murray worried about every episode, spent sleepless nights thinking about how he could improve a particular line of one of his characters. Stephen wasn't sure if he was ready for such a lifestyle. But one sunny morning on his way to the beach on the Santa Monica Freeway Hillenburg realized that this was an excellent opportunity to combine his two favorite things – animation and the sea.

Developing the concept of the show, Stephen remembered how attentively the young visitors of the Marine Institute listened about crabs, octopuses, starfish, and sponges. The animator decided to create an underwater town where "the characters were more like us than like fish." Hillenburg focused on one character – the weirdest creature one can imagine: the sponge.

In 1994, some sketches of cartoon characters, including SpongeBob, were created. Initially, the main character looked more like an actual sea sponge, but then Hillenburg modeled it after a kitchen sponge, assuming that it would be a fun move that would catch the eye of the viewer. Three years later, the animator came to Nickelodeon Studio in a Hawaiian shirt, holding under his arm an underwater terrarium with models of the characters.

During his presentation of the cartoon, Hillenburg played Hawaiian music with his ukulele to set the theme. Nickelodeon executive Eric Coleman described the setup as "pretty amazing." The project was approved, and Hillenburg was given money for its realization. On May 1, 1999, the pilot episode of the cartoon aired on Nickelodeon, and the official premiere was on July 17. The New York Times wrote:

"The cartoon is clever without being impenetrable to young viewers and goofy without boring grown-ups to tears. It's the most charming cartoon on television, and one of the weirdest".

Within its first month on air, SpongeBob SquarePants overtook Pokémon and became the highest-rated Saturday morning children's series. By the end of 2001, the show had the highest ratings among children's TV series. Nickelodeon added the series to its prime-time block, which made it possible to increase the number of older viewers. By May 2002, the total number of viewers exceeded 61 million, of which 20 million were viewers aged from 18 to 49.

In 2004, Hillenburg released a full-length animated film under the same name, in which SpongeBob and his friend Patrick are searching for the stolen King Neptune's crown. The project raised $ 120 million. Critics have called it "Surreally goofy and entertaining for both children and their parents." In 2005, Stephen formally left the series and appointed Paul Tibbitt to the post of the executive producer. However, he approved every episode before its release.

In 2014, Tibbitt tweeted that Hillenburg would return to his project. A year later, the second full-length film SpongeBob Movie: Sponge Out of Water came out. The project raised $ 323,4 million, becoming the second highest-grossing film after The Simpson Movie (2007).

In 1998, Hillenburg married Karen Umland, a chef. A few months after their wedding, they had a son, Clay. The family lived in San Marino, California, until the animator's death.

In his spare time, Stephen engaged in surfing, scuba diving, music, birdwatching. According to his colleagues, the family for Hillenburg was always in the first place. He didn't share his private life with the public, so there are no family photos in open sources.

In March 2017, Hillenburg told Variety magazine that he had been diagnosed with amyotrophic lateral sclerosis (ALS), an incurable disease that causes the death of neurons that control the brain and spinal cord.

Stephen Hillenburg died on 26 November 2018 at the age of 57 of cardiopulmonary failure due to amyotrophic lateral sclerosis. The information got out in mass media with the publication of a farewell post on the Nickelodeon Instagram account.

The animator didn't want a formal funeral, so he was cremated. Karen Hillenburg and her son scattered his ashes in the Pacific Ocean the day after his death. 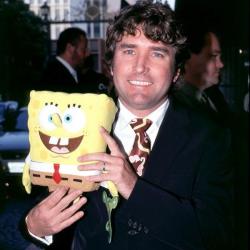