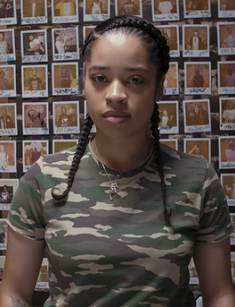 Ella Mai is a British R&B genre singer, author and performer of her own songs. In 2018 she received 2 awards in three categories at the Soul Train Music Awards. In 2019 her work titled "Boo'd Up" won Grammy Awards for Best R&B Song. She is a rising star of modern times, which has a charming voice and attracts the attention of millions.

Ella was born on the 3rd of November, 1994. The future singer was brought up in a creative atmosphere. Her father is of Irish descent, and her mother, who has Jamaican roots, had a passion for music, especially jazz. So from early childhood, Ella started to be creative and sang. According to the singing, at the house constantly sounded music, mostly jazz, reggae, soul, rhythm and Blues. Ella, telling about some facts from her bio, repeatedly mentioned that her mom's love for jazz was so strong that she named her daughter in honour of the famous American singer Ella Fitzgerald, and her son, Ella's brother, in honor of Mark Davis.

Little Ella's idol was Alicia Keys. Under the influence of this singer, Ella as a kid decided to engage seriously in music and began performing in the Church Choir. But then the parents decided to give Ella into performing arts school, after which she began to compose songs.

Ella spent the first 12 years of her life in her hometown London. In 2006 the Mai family had to move to New York when Ella’s mother got a teaching job. This period was quite difficult for the girl because she had to join the new team. She was embarrassed by her English accent, which made her stand out among other students. In order not to attract too much attention, Mai left music classes, as she did not want everyone who learned about her hobby, constantly asked her to sing. But deep down she knew that singing was her passion.

Everything changed when Ella decided to sing the national anthem at graduation. Then her performance made a great impression on everyone because no one knew that she was so good at singing and has such a beautiful voice. After that, Ella decided that she will make music seriously. After she had graduated from the high school, Ella left New York and returned to her hometown, where she began her career at the age of 21.

Music is an integral part of Ella's life. The young singer claims that she always sang as long as she can remember. The style of her performance was influenced by many well-known artists of the jazz genre, whose songs have always sounded in the house. She draws her inspiration from here.

Ella Mai started her way in a very unusual way. She posted on Instagram the song 679 Fetty Wap in her own performance. Despite the fact that her account had only 500 subscribers, the video spread quickly. Then one of the big public servers with a million followers has posted on his page Ella's video. Thus, it began to gain popularity among network users. After posting a cover of the song she collected on her page more than 60,000 likes.

Over time, she began to make more such videos and share on her page. By coincidence, Ella was spotted by producer Dijon Isaiah McFarlane (DJ Mustard). In New York city there were made trial recordings of three tracks, which then entered her first EP. After that, Ella signed a contract with 10 Summers.

In the period from 2017 to 2018, Ella Mai released 3 EP which were available in Digital download format, so that the public could get acquainted with her work.

In 2018, Ella released a Studio album called Ella Mai. It has a huge success among fans. In just a week of sales, the new album was the fifth in the top list on the Billboard. During the year, it was sold about 500,000 copies of discs. The single 'Boo'd Up' broke all sales records and went triple platinum. In January 2019, the singer went on her debut tour in Europe and America. According to the singer, after this tour, the number of her followers on Instagram and Twitter has increased significantly.

In 2019, her work "Boo'd Up" was nominated for two Grammy Awards categories: best R&B Song and Song of the Year.

Very often Ella has to talk in an interview about her work, which, according to critics, "radiates confidence and positive." The singer hopes that her songs can help girls overcome self-doubt, learn to love themselves as they are.

Ella has certain views on fashion trends and social media trends, including Instagram, which makes girls think they look wrong. Mai believes that girls should feel comfortable being themselves. And they don't even need to get dressed, putting on makeup or behave in some certain way. One just has to listen to his inner voice and listen to heart, without putting the public opinion first.

Her album sales are breaking records. In recent years, after her tour, sales of records have increased significantly. Popularity does its job, and such fame has brought the singer a considerable profit. Its net worth at the moment is about 6 million.

Many of Ella Mai's songs are very tragic, and they speak of a broken heart. However, the singer has never stated that is in some kind of relationship and whether she has a boyfriend or husband, and carefully hides from the public her personal life. In her interviews, she also does not give any comments on this matter.

Ella and her work have been becoming more and more popular day by day. There are more and more fans in all countries around the world. This is not surprising. After all, her songs are full of energy and feelings and cannot leave anyone indifferent.

Currently, the singer moved to Los Angeles. At the end of the tour Ella continues to work in the Studio. As she claims, it is very easy for her to adapt to the new city, as it is not very different from London. Despite the huge number of fashion trends in the big city Ella haven’t found other hobbies and spends all her time either at home with her beloved puppy or in the Studio.

Ella is currently actively working on a new album. After the tour in an interview, she admitted that she was surprised that so many people came to her concert, she did not even expect that her music could appeal to a large audience of listeners. This fact motivates her to work hard to meet all the expectations of fans.

Ella also actively maintains her pages on social networks, including Instagram. Many distinguish a special style of Ella, although the singer believes that she is the most unladylike girl. However, this does not prevent her to remain irresistible and delight fans with stylish photos, whether it is even in a dress or jeans and jacket.

In addition, many are interested in the meaning of Ella's tattoo on her right hand. The tattoo looks very unusual, given the size, from the palm to the elbow. The picture shows a rose and a lion. Ella herself has not commented on the meaning of her hand tattoo.

At the moment the singer has released 3 EP and one Studio album. There are videos based on her songs, which received over a million views on YouTube. 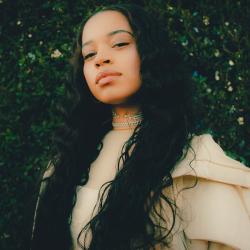