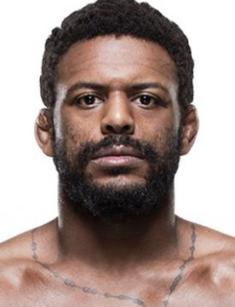 Michael Johnson is an American mixed martial artist who competes in the Featherweight division. The athlete is known for participating in the UFC fights, and he even reached the finals of the 12th season of the highly-rated American reality show The Ultimate Fighter. Johnson is the record holder for the most knockouts among current UFC fighters in the Featherweight division.

The octagon hero was born in June 1986 in the US state of Missouri. Michael Julian Johnson is the fourth and youngest child in the family. The personal tragedy influenced Michael's life. His father suddenly died of a heart attack, and the boy adored him very much. This grief roused the tiger in the teenager, who fought everywhere and with everyone.

Sports helped to overcome anger and focus his energies on good deeds. In high school, the guy became interested in football, and then wrestling. Upon entering the university, Johnson did not forget about his passion for fighting and soon became one of the top NJCAA wrestlers in the USA.

The mother has always supported the youngest son, and the athlete considers her to be the main person in his life and career.

The native of Missouri participated in the first amateur fight after three months of training. The athlete is 5.84 ft. (178 cm), weighing 154.32 lbs. (70 kg). The perfect wrestling technique allowed Johnson to make his professional MMA debut in 2008. Michael won on the octagon; in the 1st round, he defeated his opponent via a technical knockdown.

One day, fortune smiled at the young athlete, another day, the odds were against him, forcing to train more intensively. Soon, Michael Johnson could be proud of significant awards, winning MFL and XCF lightweight championships.

In 2010, his credentials included eight victories and four defeats, and he was among the lucky ones who participated in the 12th season of the television reality show The Ultimate Fighter. In the finals, Michael lost to Jonathan Brookins. Nevertheless, Johnson proved his potential in the TUF and received an invitation to compete in the UFC.

In 2011, the athlete won three consecutive matches against Shane Roller, Tony Ferguson, and Danny Castillo. They were followed by two annoying defeats. Johnson's career resembles a pendulum because victories have been punctuated with annoying losses. The fighter had a series of good luck from 2013 to 2015, which ended after the bouts with Beneil Dariush and Nate Diaz.

In 2016, Michael defeated Dustin Poirier by knockout, but lost to outstanding Khabib Nurmagomedov, submitting in the third round.

In July 2017, millions of MMA fans paid their attention to the battle, which took place in Nevada as part of the UFC tournament. Michael Johnson and Justin Gaethje met in the octagon. The latter knocked out UFC veteran Johnson. Gaethje and Johnson’s fight was nominated for the Fight of the Year Award in 2017.

In 2019, the American MMA fighter celebrated the 33rd birthday. Johnson does not have a wife or children. His family consists of his mother and brothers.

It is difficult to draw conclusions about his personal life, relying on Michael’s photos on Instagram, but it becomes clear that the mother remains the main woman in his life, and the athlete adores her.

At the end of March 2019, the octagon star attracted the attention of mixed martial arts lovers again. Two experienced MMA featherweight champions, Michael Johnson and Josh Emmett, faced each other in Philadelphia.

The athlete from Arizona was a worthy competitor. As of July 2019, he was number 9 in the UFC featherweight rankings. Fans divided into two camps. Some people claimed that Michael Johnson, the master of knockouts, would undoubtedly win. The second part assured that Emmett would bring down the assurance of the "black swellhead from Missouri."

The rivals met in the octagon on March 30 and delighted spectators who arrived in Pennsylvania from all over the United States. The spectacular battle lasted for three rounds, the fighters fought in full force, and at first, it was difficult to understand who would pull out a victory. But in the 4th minute of the third round, Emmett threw a leg kick, knocking down the opponent. After the knockout, Michael could not recover and continue the match.

Now Johnson is training hard and getting ready for a rematch, informing fans about his plans on social media. But Michael does not forget about the rest. In July 2019, a family picture appeared on the Instagram page of the MMA star, depicting the Cedar Point amusement park in Ohio, located on the shores of Lake Erie and known for its roller coasters. His beloved mother and brothers with their families were next to Michael.

Michael Johnson has a net worth of $1 million.