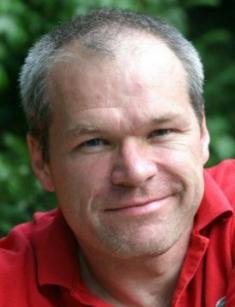 Uwe Boll is a German director, who became famous for the film adaptations of favorite computer games. He shot such blockbusters as Rampage, Assault on Wall Street, House of the Dead, and Alone in the Dark. Famous film critics call Boll "the world's worst filmmaker." Nevertheless, the director has many admirers, who consider Uwe Boll’s films brilliant.

He was born in the small town of Wermelskirchen, North Rhine-Westphalia. Uwe became interested in cinematography in his early childhood. At the age of 13, he began shooting short movies when his relative presented him a camera for amateur filmmaking. Uwe showed them to grandmothers, aunts, and school friends.

After graduation from school, Boll became a student of the directing department, but from the very beginning, the young man was disappointed because he was taught the basics of classical cinema, and there was a difference between the teachers’ perception of the art and Uwe’s understanding of modern cinema. Having endured five months, the young man left the institute and moved to study literature at the University of Cologne. The future director graduated from this university successfully. Moreover, Uwe Boll held a doctorate in German literature.

While studying at the university, Uwe Boll began to make his films. The young director and his friend Frank Lustig tried to shoot a debut film, which, by his own admission, he wanted to make similar to the projects of the Monty Python troupe.

Uwe Boll’s first projects were amateur films such as German Fried Movie, Amoklauf and Barschel – Mord in Genf which he shot in the early 1990s. The director borrowed plots, setting and even scenery from the classic movies. However, Boll did not keep it a secret. He began to take his work more seriously in the 21st century. The horror film Sanctimony about the serial maniac, the thriller Blackwoods, and the psychological drama Heart of America about a schoolboy killer were released. All these projects received a low rating and did not become movie masterpieces.

In 2003, the director decided to make a film version of a computer game, which he liked to play in his spare time. According to the director, he began making films based on video games only to make it easier to get money for his projects. It was much more difficult for a little-known director to obtain financing of a thriller or horror movie.

The horror film House of the Dead is based on the light gun arcade game of the same name. Uwe wanted to make a masterpiece similar to the work of George Romero, who changed the public attitude toward horror films as a grade-B movie. But critics kept saying that Uwe Boll’s films were just ordinary campfire stories which were similar to music videos. House of the Dead was a box-office bomb. But the director did not refuse the idea of turning computer games into movies.

He released the horror film Alone in the Dark, the adventure film BloodRayne, the fantasy action movie In the Name of the King, the crime thriller Far Cry, whose names remind gamers of their favorite games. But according to fans of computer games, Boll failed because the scripts of his movies were little connected with the plots of games. Scriptwriters used heroes of the games but created prequels, sequels, or alternative stories. As a result, the target audience was dissatisfied over and over again. Later, people became judgmental about Uwe’s works. For example, the film BloodRayne was named “hopeless” before the release.

The director also tried to shoot comedies, creating the film Postal. The plot was also based on a video game. According to Uwe, the film showed the future life. Its motto “without religion, without races, without states” contradicts the ideals of civilization, where discrimination, religious violence, and the military dictatorship of strong states still exist.

Later, to create an independent movie, Uwe Boll organized his own production company Boll KG, which allowed him to finance new projects making use of crowdfunding platforms. Uwe is engaged in the distribution and implementation of new projects.

The projects of Uwe Boll were ranked in the top 100 worst films of the year on IMDb, and some films were even included in a similar list of worst movies of all time. Gradually, the director began to make films based on the original scripts, without the use of shoot 'em up and strategies. He created the war drama 1968 Tunnel Rats, the thriller Stoic, the sports drama Max Schmeling, the historical film Auschwitz and even a parody of his own work Blubberella. It's interesting that to reduce the spending on the last project, Boll hired Romanian women of easy virtue instead of several supporting actresses and paid them € 150.

The highest-quality and most famous film of Uwe Boll is considered the action movie Rampage. It is an interesting fact that the film crew made two alternative endings, shedding a different light on the movie. Thanks to the success of this thriller, Boll’s company has recently released many of its sequels. It is worth mentioning that Uwe appeared as an actor in some films, and he even got prominent roles in Auschwitz, Max Schmeling, and Postal.

In 2016, the director exploded a bombshell saying that he was going to give up the profession. According to Boll, independent cinema is running down. Only highly-rated series and high-budget films attract a lot of viewers, and therefore, make a lot of money at the box office. Low-budget movies that were previously distributed at video rental stores cannot reach out to the market. They do not even recover the costs and efforts of the film crew.

Personal life of Uwe Boll is associated with his wife, Canadian actress Natalia Tudge. However, the woman, who is 21 years younger than her husband, has recently begun producing her husband's movies. The family brings up a child and lives in the Canadian town of Richmond Hill, a suburb of Ontario, or Mainz, Germany.

The director has written two books, “Wie man in Deutschland einen Film drehen muss” (“How one must make a movie in Germany”) and “Die Gattung Serie und ihre Genres” (“Genus Series and its Genres”). The director also opened the Bauhaus Restaurant in Vancouver, where he hired famous German Stefan Hartmann as executive chef and won the recognition of the reviewers. On Instagram, the director has a page dedicated to culinary delights that appear in the restaurant menu. Some photos also depict the owner of the restaurant.

In 2006, Boll was tired of endless criticism and announced the campaign, challenging his critics to a "put up or shut up" boxing match. Five people volunteered to fight against the director; each of them was defeated in the ring. Later, it turned out that as a child, Uwe attended the boxing club. These were real matches with a thousand fans, online broadcast, a referee and a doctor. The rivals did not expect that Uwe Boll would organize a high-profile event, assuming that it would be a joke.

Now Uwe Boll continues to produce films. In 2017, he released the horror film House of Evil with a typical plot which centers on the young couple's move to the countryside. But it is not as optimistic as they would like. In the old mansion, they have to meet the monsters of the underworld. Italian filmmakers created the film. Uwe Boll has also registered a personal video channel on YouTube, where the director can make fun of Hollywood colleagues or film critics who have not appreciated his work yet.

In 2018, Uwe began working on the thriller 12 Hours and the fantasy film Luna Project. He was a producer and director of the first movie. The same year, Warner Bros. and New Line Cinema have completed shooting of the movie Rampage with Dwayne Johnson in the title role.

The film was scheduled to premiere on April 11. Uwe Boll considered that they violated intellectual property rights because the director has already created the trilogy based on this video game and entitled Rampage. Boll demanded that the creators of the American film changed the name. Uwe threatened the legal action against them if the demand was not followed.