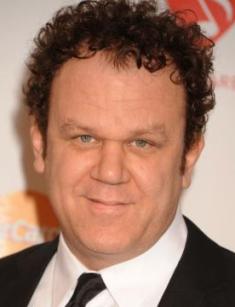 John C. Reilly is a Hollywood actor who has played in films of different genres. He has been nominated for the Golden Globe Awards in 2003, 2008 and 2019, and for the Academy Award in 2003. Viewers know him for the movies The Aviator, What's Eating Gilbert Grape, Gangs of New York, etc. The talented artist also works as a screenwriter, composer, and musician.

The formal name of the actor is John Christopher Reilly. John was born on May 24, 1965. His homeland is the city of Chicago. The boy was the fifth child of six children. His father had Irish ancestry, and his mother was of Lithuanian and American descent. The parents worked a lot to provide for the family. Reilly Sr. ran an industrial linen supply company.

The future actor studied at a Catholic, all-male college preparatory institution. He began studying acting by chance. One day, his friend asked him to attend a drama school, and then John did not miss a single lesson. At the age of 8, he began to read plays and perform on the stage. The boy also attended rehearsals at a Catholic school for girls. Having improved acting skills at the Goodman School of Drama, Reilly joined Steppenwolf Theatre Company in Chicago. So, he began an acting career.

He made his movie debut in 1989 in Brian De Palma's film Casualties of War. Interestingly, John was initially cast in a bit part, but the director liked his performance so much that De Palma expanded the role of Herbert Hatcher significantly. It was Reilly's first success.

At first, the actor got supporting roles, but he always appeared in large-scale and successful projects that became popular with viewers. In the 1990s, he played in the films: What's Eating Gilbert Grape, Magnolia, Boogie Nights. Although he got mainly bit parts, the actor had the opportunity to cooperate with world-famous actors. Reilly had a chance to work on the same set with Leonardo DiCaprio, Johnny Depp, Nicole Kidman, Tom Cruise, and others.

Gradually, viewers appreciated John’s dramatic talent. They began to recognize him, and directors increasingly invited John to more significant projects. In 2003, Reilly was nominated for the Academy Award for his work in the films The Hours, Chicago, Gangs of New York. These films have gone down in the history of cinema thanks to the talented cast, the directors’ skills, and fascinating stories.

Then the actor starred in the films The Aviator, Talladega Nights: The Ballad of Ricky Bobby, and A Prairie Home Companion. The actor’s appearance suggested that producers would invite him to play in comedies with great interest, but John managed to show dramatic potential.

It is interesting that from an early age Reilly was fond of not only acting, but also music, and showed his talent in the film Walk Hard: The Dewey Cox Story. The actor portrayed the title character and recorded the soundtrack. John wrote the song and performed it. The track’s success earned him the Grammy nomination.

In 2008, the actor's filmography included the film Step Brothers, in which Will Ferrell was Reilly’s partner. John wrote the script for this project. By the way, he did not neglect the animated projects. Reilly gladly accepted an invitation to voice the cartoon 9. Later he voiced a character named Ralph.

The next full-length projects with his participation were Cirque du Freak: The Vampire's Assistant, Cyrus, The Extra Man. Filmmakers have always been interested in the artist’s character type, charisma, and charm. Thanks to them, Reilly collaborated with renowned directors, including Roman Polanski. In 2011, the project Carnage was released. At the same time, the comedy We Need to Talk About Kevin premiered, featuring the actor.

By the year 2010, John C. Reilly had also been popular. He starred in the 2014 film Guardians of the Galaxy, took part in the filming of the project Tale of Tales, and played in the movie The Lobster, which won the Jury Prize at the 2015 Cannes Film Festival.

Reilly continues to develop his music career. He performs with his band John Reilly and Friends. Besides, he plays in several Broadway productions. Nowadays, John Reilly is an in-demand and highly-paid artist, whose photos often appear in fashion magazines.

The actor has a happy personal life. Since 1992, Reilly has been married to Alison Dickey. His wife is a film producer. The couple met on the set of John’s debut film, Casualties of War. Alison then worked as an assistant to Sean Penn. They got acquainted by chance, but it changed the young people's fates. They are still together and have two children.

Nowadays, there are a lot of fan pages created by the admirers of talented John C. Reilly on Instagram and Facebook. So, people can find photos of the premieres and interviews of the actor, devoted to various projects.

2018 was marked by several significant premieres with Reilly’s participation. John starred in the biographical movie about the life of two comedians, Stan Laurel and Oliver Hardy. Reilly portrayed the second hero in the film.

The same year, the western The Sisters Brothers was released, in which Reilly worked with Jake Gyllenhaal and Joaquin Phoenix. Fans especially waited for the premiere of Holmes & Watson. Critics predicted the failure of the movie because the choice of actors for such a famous story was too unusual. As a result, John C. Reilly was nominated for the Golden Raspberry Award for Worst Actor.