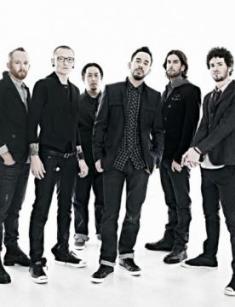 Even those far from American rock music know the group Linkin Park: many of their albums have become golden and platinum, and each disc is an experiment with new genres and styles. The vocalist’s death has not stopped the musicians: they are going on.

The history of the group. Group members

Officially, the group was founded in 1996, but everything started earlier: Brad Delson and Mike Shinoda used to be classmates and recorded songs in Michael’s room, shared ideas about songwriting, and created poems.

In 1996, they invited three other friends in their project; this moment is considered to be the beginning. The young men had no money, and the soloist’s bedroom still served as a studio. The group took the name SuperXero; the “super” part was deleted later.

Linkin Park’s early works failed; they had dozens of rejections from record companies and had no producers and sponsors. Under those circumstances, the vocalist Mark Wakefield decided to leave.

The silver lining came when Chester Bennington joined the group. The ordinary guy who worked for Burger King opened his bright music talent and organizational skills; his incredible voice enriched the band’s sounding and encouraged the artists to work on new songs and arrangement.

Surprisingly, record labels welcomed the new demo versions. The group was renamed into Hybrid Theory and moved to Los Angeles. The “golden period” started; the group members were: the songwriters and vocalists Chester Bennington and Mike Shinoda, the drummer Rob Bourdon, the DJ Joseph Hahn, and the guitarists Dave Farrell and Brad Delson.

In 1999, Warner Bros. Records offered the musicians a contact; they created the debuting rap metal album Hybrid Theory. It was a tremendous success, and its copies are still sold actively: more than 30 million copies have been distributed. The song “Crawling” brought the first prize: the Grammy Awards.

According to the soloist, it was the story of his fight against drugs and alcohol: Chester was trying to overcome his dependence and expressed it in the song so genuinely that the track became one of the greatest hits of Linkin Park.

“Chester and I write about universal emotions, whether it's feeling insignificant, optimistic, or frustrated”, Shinoda told journalists.

The group got the final name after the first album release: the group Hybrid already existed in Great Britain and accused the newbies of plagiarism. Chester offered the name “Linkoln Park”, but the corresponding domain had already been taken; the group would not be able to register their website then. Thus, the slightly modified version “Linkin Park” was chosen.

The next album, Meteora (2003), was as popular as the first work: it enjoyed top positions in MTV and Billboard charts, and radio stations gladly broadcast it. Fans were also excited to hear the new tracks. Linkin Park proved that its success was not accidental: the artists could make original, memorable songs.

Third albums are often challenging for musicians: they cannot give something entirely different from the first two discs because fans like the existing style. At the same time, old patterns may look worn-out and self-repeating. Linkin Park had to face the same dilemma, too.

The next album, Minutes to Midnight, brought a surprise for fans: the trademark hybrid style was replaced by alternative rock. The majority of listeners appreciated the experiment. The group’s songs not only topped music charts but also became soundtracks for Terminator, Transformers, Twilight, and Need for Speed.

In 2009, the single “New Divide” was presented; critics called it the best song of the group ever. Further on, the artists continued to experiment: Thousand Suns was notable for its melancholic electro sounding; Living Things was highly personal and combined folk and country elements; The Hunting Party marked the come-back to the early style with its long guitar solos, nu metal, and rap motives.

Despite the bright stage type, the musicians were calm and adequate people in real life: they did not demand alcohol or have noisy parties; fans could receive autographs after their shows. In 2002, Linkin Park held a concert for teenagers aged 11-15. A ticket cost only eight dollars, and all the money was donated.

The whole world is familiar with the band’s logo. It changed 20 times, but the idea remained the same: the first letters L and P formed a triangle within a circle. Russian fans noticed it bore much resemblance to the Kurgan bus plant. Of course, it was only a funny coincidence.

The group’s music videos are also notable; they have millions of views on YouTube. Five works have received the MTV Awards.

The recent artistic experiment was released in 2017; both critics and fans agreed the love of the new betrayed Linkin Park, and One More Light was named the worst disc for the weird combination of the pop style and the group’s image.

On July 20, 2017, everybody was shocked to learn the news about the tragedy: Chester Bennington committed suicide. Two months earlier, his friend Chris Cornell from Soundgarden had hanged himself. The singer took it to heart, yet nobody could think he would do the same soon. There was no suicide note. He was only 41 and left a wife and six kids.

The group members were just as shocked as fans. They said there was no sign of the upcoming tragedy: Linkin Park was going to a photo session that day, and the new tour was scheduled for the next week.

“Talking with you about the years ahead together, your excitement was infectious. Your absence leaves a void that can never be filled—a boisterous, funny, ambitious, creative, kind, generous voice in the room is missing. We're trying to remind ourselves that the demons who took you away from us were always part of the deal. <…> We know that each of our lives was made better by you. Thank you for that gift”, the musicians addressed deceased Chester on the official website.

At the end of summer 2017, Linkin Park announced the show in memory of Bennington; Blink-182, Bring Me the Horizon, Kiiara, and other artists performed the group’s hits.

After that, the band presented the archive video and the concert album where Bennington was still alive. These were the musician’s last present for his fans.

In 2018, Mike Shinoda announced on Twitter the group was not going to break up; there were some plans for the future.