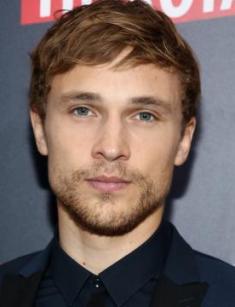 William Moseley is an English actor who has played in fantasy, drama, adventure, and thriller movies. He became famous for his role as Peter Pevensie in the film series The Chronicles of Narnia. The actor continues to develop his career, plays any roles, portrays minor and title characters equally well in TV series and movies.

William was born in April 1987 in Sheepscombe, Gloucestershire, England. His father Peter Moseley worked as a filmmaker. Probably, the boy did not choose a creative profession by chance. His father instilled in him the desire to work in the film industry. Mother's name is Juliette E. (née Fleming). There are two more children in the Moseley family, William’s brother Benjamin was born in 1992, and sister Daisy in 1989.

The future actor attended Sheepscombe Primary School, where he studied from 1991 to 1998, after which he enrolled in Wycliffe College in Gloucestershire. He also studied at Marling School for boys.

When William was seven years old, he found out about the story “The Chronicles of Narnia” and listened to its audiobook. At that time, he did not even imagine that someday his name would become known thanks to this work, and his credentials would include a list of films. In childhood, it seemed a dream vanished into thin air.

William's parents later told in an interview that he began to dream about an acting career at the age of 10. In 1998, after graduation, the young man already attended auditions and was successfully cast for the television show Cider with Rosie. Although the role was small, it gave an impetus to his acting career.

The casting director of the series was Pippa Hall. The woman paid attention to talented Moseley and chose him as a participant in the show. When they organized castings for The Chronicles of Narnia, Pippa advised William to audition for the role of Peter.

After the first role in the TV show, Moseley began to attend auditions regularly. The next project in which he participated was the TV series Goodbye, Mr. Chips. He appeared in two episodes, but the young man was not in despair because the shooting helped him gain experience and learn the peculiarities of the chosen profession.

At the age of 18, the young actor successfully auditioned for the lead role of Peter Pevensie in the film The Chronicles of Narnia: The Lion, the Witch, and the Wardrobe, directed by Andrew Adamson. The audition for the movie lasted a year and a half. Adams personally watched the videos of about 3,000 people, choosing 120 children. After a multi-stage selection, Moseley, Anna Popplewell, Skandar Keynes, and Georgie Henley were cast in the leading roles.

After the actors were selected, they participated in the shooting in New Zealand for eight months. During this time, the young man was actively practicing; he learned horse riding and sword fighting. When the filming was completed, Moseley entered the acting studio of Sheila Gray and studied for several weeks in New York City, improving his skills.

The movie made the actor famous and helped to start a career in the film industry. The film adaptation based on the novel by Clive Staples Lewis attracted fans from all over the world; many people wanted to see the continuation, which was not long in coming.

Then, the career of the young man only took off. He has been invited to various movies; from 2011 to 2012 he starred in 4 films. In 2016, the actor appeared as Cam Harrison in the movie The Little Mermaid, which premiered in the summer of 2017. The shooting took place in Georgia, USA. When the movie trailer was released in the spring of 2017, it got more than 30 million views for two weeks. The actor also played in the movies The Silent Mountain, The Veil, My Sweet Audrina, etc.

There is little information about the private life of the young actor. The man admitted in an interview after the release of The Chronicles of Narnia that he had a relationship with Anna Popplewell for a while. However, they ended it while shooting in the project.

It is also known that Moseley does not have a wife. Nowadays, the man makes his career a priority, so he simply does not have enough time for a serious relationship with women. The artists have often love affairs on the set, but none of them has turned into a long relationship.

William continues to build his acting career. The man starred in the series The Royals from 2015 to 2018.

William Moseley has a net worth of $8 million.