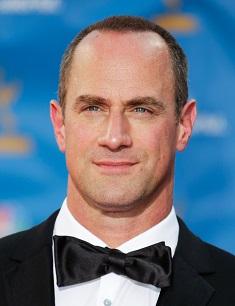 Christopher Peter Meloni is a famous American actor mostly known for his performances in Oz (1998–2003), Law & Order: Special Victims Unit, (1999–2011) and in stand-up comedy shows. Besides showbusiness, he has made a contribution to various charitable organizations. Let’s know more details about Meloni!

Christopher Meloni’s birthday is April 2, 1961. He was born in Washington D.C, the United States to the family of Dr. Charles Robert Meloni, an endocrinologist, and Cecile, a homemaker. Meloni has two elder siblings. His paternal relatives have Sardinian roots, while maternal ones are of French-Canadian ancestry.

Speaking about his education, Meloni studied at St. Stephen School, Virginia. There he joined its students’ football team. Later he entered the University of Colorado, Boulder. There he studied history but was also interested in drama.

Having graduated in 1983, Meloni moved to New York and continued his studies at the Neighborhood Playhouse and at the Center for the Media Arts.

Before turning towards the entertainment industry, Christopher Meloni had several odd jobs. So, he has tried out serving as a laborer, personal trainer, bouncer, and bartender.

In 1989 the actor started working in comedy television series 1st & Ten and situational comedy The Fanelli Boys. Meloni starred there till 1990. There he played secondary roles. Meloni got his first noticeable role in the movie Bound in 1996.

In 1998, fans could see Meloni playing in the television series Oz. He acted as a bisexual serial killer from 1998 till 2003, when the show was closed.

In 1999, the celebrity got the role of an NYPD detective in Law & Order: Special Victims Unit. His worked with there till 2011.

In 2012, the celebrity played a vampire in the television series True Blood – viewers could see him appearing in 5 episodes.

He was invited to star in the first season of television series Surviving Jack with the role of Dr. Jack Dunlevy. However, the show was closed due to scheduling difficulties.

In 2014 Meloni co-starred with Shailene Woodley in White Bird in a Blizzard.

In 2015, he gave his voice for the character Commander John Taylor in the military science fiction video game Call of Duty: Black Ops III.

In 2019, Meloni appeared in The Handmaid’s Tale and Happy.

Christopher Meloni’s net worth is evaluated at $30 million. The information about his salary per episode is secret.

Meloni has a wife - production designer Doris Sherman Meloni (née Williams). They tied the knot on July 1, 1995. The spouses have two children together: daughter Sophia Eva Pietra Meloni (b. March 23, 2001), and son Dante Amadeo Meloni (b. January 2, 2004). Former Law & Order: SVU co-star Mariska Hargitay is the godmother to his daughter.

Christopher Meloni publicly supports Lesbian, Gay, Bisexual, Transgender (LGBT) issues. In 2006, he was honored with the Human Rights Campaign Equality Award to recognize his efforts towards this cause.

The actor has several tattoos all over his body. So, on his upper left thigh, there is a butterfly, on his left arm there is a representation of the crucifixion of Christ, and a Chinese astrological chart of his family is on his right lower leg.

By his hair and face, Meloni looks like Elias Koteas, a Canadian actor.

Also, Meloni is often compared to Jon Hamm – they have had a rivalry in past.