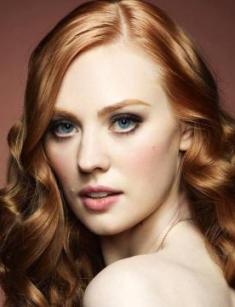 American actress Deborah Ann Woll played in dozens of popular films. Since 2015 until 2018, the celebrity had starred in Daredevil, and since then, her character Karen Page has become a part of the Marvel universe, appearing in related projects. Every year, Deborah participates in a couple of shootings, mainly in the television series, and leading roles in feature films are still on her to-do list.

Ancestors of the actress came to the US from Europe. The woman has German and Irish blood running in her veins. She was born in New York City in 1985 and spent her childhood in Brooklyn. Her Zodiac sign is Aquarius. The future actress was brought up in an intelligent family: her father was an architect, and her mother taught literature.

From a very young age, Deborah's love for drama told her that acting was something she wanted to do for the rest of her life. From the age of 14, the girl attended acting classes, took dance and piano lessons at the same time with her studies at Brooklyn Heights school.

After graduating, she moved to the West and received professional education at the theater school of southern California, where she graduated in 2007 with a bachelor's degree. The desire to learn and improve led the actress to the Royal Academy of Dramatic Arts in London, where she took an intensive course.

The creative biography of Deborah began in 2007 with an appearance in the film Life and continued on the set of the cult American TV series ER. Since then, the girl got small roles in major projects such as Law & Order: Special Victims Unit, My Name is Earl, C.S.I.: Crime Scene Investigation, but these works could hardly be called significant.

However, soon the aspiring actress got to audition for the new series True Blood and received an offer to play Jessica Hamby – a red-haired high school girl who was turned into a vampire.

There is no character of Jessica in the books by Charlaine Harris, which True Blood is based on. However, it did not prevent the fact that of all the supporting characters, Jessica was the most interesting one for the audience. Deborah had to play a complex personality. A difficult childhood, in which puritanical upbringing was aggravated by family violence, resulted in a riot. The young vampire became a rebel. And the romantic line of the immortal bloodsucker with the ordinary person attracted the audience even more.

After the success of the series, the girl began to receive offers to work in feature films. These were minor roles in the movies Mother's Day, Little Murder, Seven Days in Utopia and others. Television shoes also continue to appear in her filmography, among them are Mentalist, where Woll played Kerry Sheehan in the episode Red Brick and Ivy.

In 2015, the actress began filming in Daredevil - the adaptation of the Marvel comic book about the blind lawyer-avenger. In the crime drama about Matt Murdock, Deborah plays Secretary Karen Page who is in charge of the superhero's romantic line. Woll's character was featured in Marvel crossover Netflix series the Defenders and the Punisher.

On account of the actress, there is only one significant role in a feature film, this was the work in the drama Forever (2015), in which the woman was transformed into a character, broken by the loss of a loved one. Luke Grimes, whom the actress met on the set of True Blood, became Deborah's colleague on set and her screen lover.

Deborah met her beloved through a dating app even before she was famous. E. J. Scott is building a career as a comedian. The couple has been together for many years, and their happy personal life is based on mutual understanding and trust. However, there are problems: the fact that the man suffers from hereditary eye disease. Due to choroideremia, Edward gradually loses his eyesight, and, according to pessimistic forecasts, has a chance to go blind permanently.

In an interview, the woman admits that difficulties make relationships only stronger. Fame did not turn her head; she remained a faithful and loving partner. Besides, the actress uses celebrity status to draw public attention to the problem that her boyfriend and thousands of other people have to live with. Deborah herself from childhood has celiac disease – intolerance to foods containing gluten.

In December 2018, the lovers celebrated the 11th anniversary of the relationship and became husband and wife, but still call each other boyfriend and girlfriend. Woll doesn't want to be called "Mrs.." The couple does not have children yet, but their house is full of dogs, they have three of them.

Deborah Ann Woll has a net worth of $2 million. She continues to star in popular projects. Since January 2019, the platform Netflix posted the 2nd season of the series The Punisher, which starred the actress. In the same year, the psychological thriller Escape Room was released, where Woll played Amanda Harper. The film about the survival game, when a group of people needs to go through a terrible quest, collected a solid box office around the world.

The actress announces new projects through her account on Instagram, where the number of subscribers exceeds hundreds of thousands. Here fans can see photos of their favorite actress without makeup and in evening dresses, on the carpet of ceremonies and at home. Deborah Ann Woll does not consider it necessary to post pictures in a swimsuit, although she has an impressive figure: her height is 5 feet 83 inches, and she weighs 130 pounds.