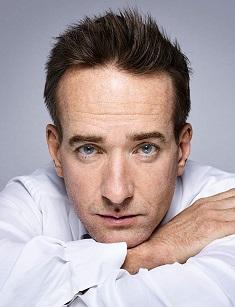 The British actor proved to be talented both in the theatre world and on the screen. Many people associate him with a morbid British man, but he states that he is suitable as a comedian actor. His talent and successful pictures made Macfadyen one of the most demanding actor on TV.

He was born in October in Great Yarmouth. His mother was an actress and a teacher of performing arts; this fact had a significant influence on Matthew. His father was in the oil business; that's why the Macfadyens kept moving from place to place. Thus they lived in Brazil and the East.

The actor has Scottish and Welsh roots. The boy found his calling rather early. At school, Matthew took part in a drama club. He enjoyed when he made people laughing. The actor confessed that as a teenager, he was obsessed with Jim Morrison.

In 1992 the young man enrolled the RADA and gained wide popularity in a theatre world. He appeared on TV with the role of Hareton Earnshaw in “Wuthering Heights”. The film had a big critical success, and then Macfadyen started starring more and more. His work on the picture "The Perfect Strangers" was highly appreciated among critics. In 2002 he took part in "The Project" and gained worldwide fame. Macfadyen's role in this picture not only made him very popular but also created an image of a morbid British. But the actor claimed that this is the only part of him and he is good at comedy too.

Matthew had plenty of nominations and awards. In 2005 he got TV award in New Zealand as the best actor, that year Macfadyen starred in "Pride and Prejudice" where he played the role of a romantic Darcy. The other successful movie with Macfadyen is "Anna Karenina" where he played the role of Oblonsky. The actor devoted 2013-2014 year to the theatre. One of his best films is "Little Dorrit" (2008) where he worked with Claire Foy.

Last years the actor continued to take part in various movies. In 2016 he voiced Vladimir Lenin in the project "Revolution: New Art for a New World." In 2018 he starred in "The Nutcracker and the Four Realms" with Keira Knightley. His net worth is about $1,5 million. In 2018 he took part in the TV series "Succession" where he played somewhat a controversial role.

In 2002 he started dating with his partner of the serial "The project," Keeley Hawes. Two years later, they married. The couple has two children, a girl, and a boy. His wife gave birth to their children in 2004 and 2006. Matthew also adopted Keeley Hawes' son.

He has been a compulsive smoker for the most of his life, only in the 30s he managed with this habit and gave up smoking. His heroes are Al Pacino, Robert De Niro, and Daniel Day Lewis.

The actor confessed that to be in the relationship with the actress is somewhat tricky. When one of them is working, the other stays home with children to not traumatize them. He shared that he felt relief when he thinks about his wife and kids.

At present, Matthew has a net worth of $1.5 million.