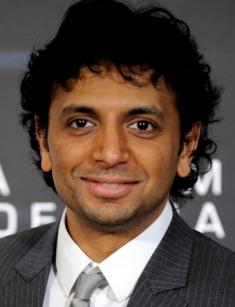 In 2019 the superhero thriller film Glass came out on the big screen, which makes a trilogy "Eastrail 177" together with Unbreakable and Split. The trilogy was directed by M. Night Shyamalan, who gets controversial reviews on IMDb and in whose movies list commercially successful action movies and a record number of Golden Raspberries Awards are uniquely mixed.

Manoj Nelliyattu Shyamalan was born on August 6, 1970, in the Indian city of Mahé, in Puducherry, in the family of doctors. His father, Dr. Nelliate C. Shyamalan, is a Malayali neurologist from Mahé, and his mother, Dr. Jayalakshmi, an ethnic Tamil, is an obstetrician and gynecologist. Manoj's parents immigrated to the United States when he was only six weeks old. The boy spent his childhood years in Penn Valley, Pennsylvania.

Shyamalan was raised as a Hindu but attended the private Roman Catholic gymnasium Waldron Mercy Academy, then Episcopal Academy, a private Episcopal high school located at the time in Merion, Pennsylvania.

In 1988, Manoj earned a scholarship at the University of New York. It was there that the young man felt the urge to be creative. In 1992, he graduated from the Tisch School of Arts. During his studies, Shyamalan called himself M. Night for convenience, and then made this nickname official.

Shyamalan thought about the career as a director for the first time at the age of fifteen, when he held a Super 8 camera in his hands. His father wanted his son to continue the family business, but his mother supported her son's passion for beauty and creation. By the age of seventeen, M. Night had shot 45 home movies in the style of Steven Spielberg, his idol. In the DVD release of each of his films, starting with The Sixth Sense (1999), excluding Lady in the Water (2006), the director includes cuts from his youth film experiences.

Shyamalan shot his debut movie, autobiographical drama film Praying with Anger (1992) when he still was a student at the New York University, using money that he borrowed from his family and friends.

His second project, Wide Awake (1998), also turns to the topic of religion: a ten-year-old boy in an attempt to cope with the death of his beloved grandfather is searching for God. The movie was not intended for a broad audience and grossed only $305 000 with a budget of $6 million. In 1999, Young Artist Award included Wide Awake in their list of nominees for Best Drama Film. At the same time, begins active, creative growth of Shyamalan.

The director played a hand in the writing of the script for the animated movie Stuart Little (1999) about a friendship between a mouse and a boy. At that time, the romantic comedy film She's All That starring Rachael Leigh Cook and Freddie Prinze Jr. came out. In 2013, Shyamalan claimed on Twitter that he helped with writing the script for the movie but was left in the shadow. The executive screenwriter of She's All That, R. Lee Fleming, Jr., denied that information.

Shyamalan reached international success after the release of The Sixth Sense (1999) starring Bruce Willis. With a budget of $40 million, the film grossed $672 million, received six Academy Awards nominations and two nominations for the Golden Globe Awards. Despite the general approval of film critics, the film didn't become a winner of any of the awards.

In the year 2000, in an interview with Howard Stern, an American TV host, Shyamalan revealed that Steven Spielberg invited him to write the script for the adventure film Indiana Jones and the Kingdom of the Crystal Skull (2008). Despite the high box office, $786 million the project failed: the plot was called weak.

Unbreakable (2000) was the first thriller film of the trilogy that brought Shyamalan international recognition. Bruce Willis and Samuel L. Jackson played the leading roles in the motion picture. The film tells the story of David Dunn, who miraculously survives the train crash of Eastrail 177 (hence the name of the trilogy). By the will of fate, he meets his antipode, Elijah Price, whom everyone calls Mr. Glass because of the extreme fragility of his bones.

The men decide that David is some sort of a superhero, invulnerable to mortal dangers. They check their assumptions by conducting experiments. The actors, inspired by the project's idea, were ready for filming the sequel of the story, but Shyamalan refused immediately, because he was disappointed with the box office: the film grossed only $248 million with a budget of $75 million. According to the director's filmography, Shyamalan came back to Eastrail 177, but just after sixteen years.

In 2001, Shyamalan had an opportunity to write the script for the legendary Harry Potter and the Philosopher's Stone, but he was too busy working on the set of Unbreakable at that time, so he turned down the offer. Later he was offered to work on the last two parts of the story about the great battle of marvelous wizards.

After the release of the film Signs (2002) and The Village (2004), Shyamalan planned to make a movie adaptation of Yann Martel's Life of Pi, because it told the story of a boy who was born in the same city as the director himself. In the end, M. Night chose to film Lady in the Water (2006) over that project.

Shyamalan, as many other directors, starred in his movies in cameo roles, and his performance in Lady in the Water even was "honored" with a mock booby prize, Golden Raspberry Award for the Worst Male Supporting Role. M. Night was also named the worst director.

Hard times started in the creative work of Shyamalan: The Happening (2008) failed at the box office, The Last Airbender (2010), based on the classic cartoon Avatar: The Last Airbender received several Golden Raspberry Awards, winning five out of nine nominations. Film critics did not receive well the next projects of the director either: Devil (2010), After Earth (2013), The Visit (2015), and the television series Wayward Pines (2015).

In 2017, the long-awaited continuation of the story about the victims of the Eastrail 177 train crash - Split - was released on the big screens. M. Night Shyamalan refused to comment on the ending of Split movie or give any spoilers. Shyamalan claimed that the idea of the film was utterly his own. The story is a combination of two classic stories: the story about the most famous person with a diagnosis of "multiple personalities," Billy Milligan, whose mind contains 24 personalities, and John Fowles's debut novel, The Collector.

Split is one of the most commercially successful projects of the director: with a budget of $9 million, the movie grossed $278 million. Perhaps this was the decisive factor for the filming of the final part of the trilogy Glass (2019).

The film starred Bruce Willis, M. Night Shyamalan, and James McAvoy, who played the unbreakable David, Mr.Glass and Kevin Wendell Crumb, who had the multiple personality disorder. Film critics did not receive the final of Eastrail 177 trilogy well, and at the box office, the film barely grossed $223 million with a budget of $20 million. In general, the project was called "disappointing."

M. Night Shyamalan met his future wife Bhavna Vaswani during his studies at New York University. The wedding took place on March 7, 1993. The couple is raising three children, but they never show them publically, in order to protect them from the overwhelming attention of the paparazzi. His eldest daughter Salika occasionally appears on the red carpet with her father.

Details of the creative and personal life of the director are discussed in the documentary film The Buried Secret of M. Night Shyamalan (2004). It consists of interviews with friends and neighbors.

M. Night Shyamalan's name was featured in the name of an episode of Rick and Morty animated television series, "M. Night Shaym-Aliens!"

Besides movies and TV shows, M. Night Shyamalan also wrote a couple of books. He published I Got Schooled: The Unlikely Story of How a Moonlighting Movie Maker Learned the Five Keys to Closing America's Education Gap as a result of his research for The Happening.

The idea of the film about a bookshop keeper, who loses his wife, was born during the filming of Unbreakable but has not yet come to life.

At present, M. Night Shyamalan's net worth is estimated at $50 million.