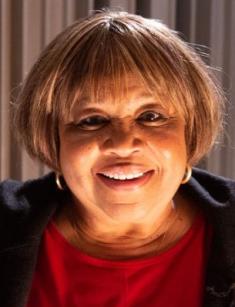 Mavis Staples, 80-year-old singer from the United States, is one of the brightest representatives of the world of music. Having started her career as a kid (alongside her relatives-musicians), she has become a real star in many countries, apart from her motherland, in several hours. Due to woman’s penetrating voice and a deep meaning of her projects, she is still being loved by millions of fans worldwide.

The woman’s birthplace is Chicago. Being born to the dynasty of musicians, she became interested in music from the very infancy. So, as a kid, she liked spending time writing lyrics, playing the guitar and drums, listening to legendary singers. Her parents supported the daughter in everything and helped her make a foundation for her future career.

Staples' career started in 1950 when she joined the musical band consisting of her family members entitled God's Greatest Hitmakers. Originally, the musician was an often guest at local temples, sang on radio program. In 1956 she recorded the single – ‘Uncloudy Day’ on the label named Vee-Jay. Having received her high school diploma, the singer began dedicating to music much more time.

The band gained an immense quantity of fans and became real icons among other gospel musicians. Their voices were even used while the civil rights protests.

The Staples' tracks have always had a profound meaning – they sang about acute social problems. So, in the tracks ‘Long Walk to D.C.’ and ‘When Will We Be Paid?’ there is a wise message to the youth. Moreover, their projects always advanced to the tops of the charts. So, their song ‘I'll Take You There’ got to No. 1 on the American chart, while ‘Let's Do It Again’ advanced to the second place.

1968 brought the band a contract with Stax Records.

In the late 1960s, The Staples Singers changed their style to R&B. That time Mavis also tried out creating solo music – in 1969 the woman presented her first project – the collection entitled ‘Mavis Staples.’ The following year, she released ‘Only for the Lonely,’ including the track named ‘I Have Learned to Do Without You.’ These two new albums brought the musician neither commercial nor critical success cause she unsuccessfully merged disco and electro-pop. Mavis' following albums ‘Time Waits for No One’ (1989), and The Voice also were not of high success – it made Staples think about giving up.

After a long period of absence, in 1969 the singer pleased her fans by releasing ‘Spirituals and Gospel’ – the collection recorded in honor of Mahalia Jackson. Unfortunately, Mavis' dad died in at the end of the 1990s, and she took a break from her career. She came back to the world of music in late 2000 – Mavis collaborated with Bob Dylan and Los Lobos.

2004 was marked by the recording of Have a Little Faith - the album created in honor of her deceased dad. The collection included such tracks as "Will the Circle Be Unbroken," and "Pops Recipe."

Three years later, Mavis Staples added the album ‘We'll Never Turn Back’ to the list of her projects. The musicians Ry Cooder and Ladysmith Black Mambazo took part in its recording. In 2008 the singer presented a concert album ‘Hope at the Hideout’ which she recorded in a modest venue. The project included civil rights anthems, songs about freedom, and liberty. Remarkably, the album's title resembles Barack Obama's presidential slogan.

As for 2010, that year Mavis recorded the collection under the name ‘You Are Not Alone’ consisting of gospel standards. The project happened to gain mostly positive critical acclaim and brought Staples Grammy award. Mavis Staples' recent works are ‘One True Vine’ (2013) and ‘If All I Was Was Black’ (2017) – Tweedy helped in its production. The latter’s most successful song is ‘Build a Bridge.’

In early 2017, Mavis Staples was invited to star at I Give You Power's concert. That time she also was seen starring on Wait, Wait ... Don't Tell Me! – she had an interview about the rock band The Shaggs. That year the singer alongside Pusha T was featured on a single from Gorillaz Humanz's fifth album ‘Let Me Out.’

In November 2017, fans could listen to Mavis' new collection ‘If All I Was Was Black.’ Jeff Tweedy helped in the song's production again. The album consists of the original songs written by Jeff and Mavis. As a promotion of the collection, she embarked on a tour.

In May 2019 the musician arranged a concert in honor of her 80th birthday at the Apollo Theater – 63 years ago she performed there alongside her family. The woman invited famous celebrities, prominent duets to appear at the concert – including David Byrne.

Her net worth has been evaluated at $6 million.

In her life, the star has guest-starred on such TV programs as Songs of Praise, Soul Train and The Cosby Show.

She also sang the soundtrack for National Lampoon's Christmas Vacation in 1989.

Jessica Edwards, a prominent movie director, shot a documentary about Mavis in 2014.

In September 2015, the woman performed on The Late Show with Stephen Colbert.

2019 is marked by her performance alongside Brandi Carlile on the CBS This Morning ‘Saturday Sessions’ segment.

As for Mavis Staples' relationship, she had a husband - Spencer Leak – they tied the knot in 1964. The two break up after Staples made a decision to focus on her career, not to stay home. Staples has no kids. Once on an interview, the woman said Bob Dylan had proposed to her, but she denied.