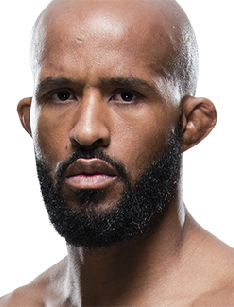 The well-known American athlete Demetrious Johnson’s age is 32 years. His date of birth is 13th August, 1986. He is recognized worldwide for his mixed martial arts and previous freestyle wrestling career. His current contract is with “One Championship” where he fights in men’s flyweight division category. He holds the honor of being UFC first and past Flyweight champion and possesses UFC significant record of having 11 successive title defenses.

Johnson rapid attack and subtle movement have made him able to knock down a record number of opponents in UFC flyweight history. He is also the co-holder of latest finish in UFC history record for his submission win at 4:59 of the 5th round against his opponent Kyoji Horiguchi. His hard work has made him secure the record of being one and only fighter in UFC who has been able to have more than 10 takedowns in 3 different fights. His other great achievement is having a record for most finishes in UFC flyweight timeline with 7.

Demetrious Johnson and UFC employees share a great deal of respect for each other. That is why UFC recruits along with MMA Weekly and ESPN have declared Johnson as one of the supreme mixed martial artists of the world. Famous mixed martial arts website “Sherdog” has placed Johnson at #9 as pound for pound fighter and at #2 as a flyweight. His noteworthy victories are against Joseph Benavidez, Kyoji Horiguchi, Norifumi Yamamoto, Henry Cejudo, Miguel Torres and John Dodson.

Demetrious Johnson's cardio workout for performing better in wrestling involves in track and cross county participation. He played both of these sports at State Championship level.

Demetrious Johnson best fight with John Dodson took place on 26th January, 2013, at UFC. The match was full of lows and highs for both opponents but in the last seconds of 5th round Johnson pulled the victory. His win was a unanimous decision (48-47, 49-46, and 48-47). This battle made both participants earn the honorable “Fight of the Night” achievement.

Johnson faced Moraga for his second-time title defense match at UFC on 27th July, 2013. Throughout the match Johnson was dominant and ultimately he won via an armbar submission at the end of the 5th round. He was awarded his first "Submission of the Night” bonus for this particular match.

The match between Johnson and Joseph Benavidez happened on 14th December, 2013 at UFC. Johnson stood on the victory stand in a definite fashion via knockout in the very first round. This win gave him the first bonus in the category "Knockout of the Night." Later in June 14th, 2014, Johnson was 4th time victorious in defending his UFC title against Ali Bagautinov by a unanimous decision.

Chris Cariaso and Johnson came face to face in a fight on 27th September,2014 at UFC 178. Johnson defeated the opponent by Kimura and secured his title 5ht time via submission in the 2nd round. At UFC 186, Johnson won the match against Kyoji Horiguchi via an armbar submission in the 5th round, which resulted in the latest finish in UFC history. He was awarded "Performance of the Night" bonus for this match.

John Dodson and Johnson once again fought a match at UFC 191 on 5th September, 2015. Johnson easily won that match with a unanimous decision. The match of Demetrious Johnson and Henry Cejudo was held on 23rd April, 2016 at UFC 197. He became the winner just after the first round by applying TKO to the already exhausted Cejudo. Johnson earned “Performance of the Night” bonus for the 2nd time because of this match. On 3rd December, 2016 Johnson fought Tim Elliott in the final match of The Ultimate Fighter 24. Shockingly against all expectations, Johnson nearly submitted via d’arce choke in the 1st round but in following rounds he gained back his momentum and defended the Championship by unanimous decision.

At UFC 24 Johnson battled against Wilson Reis on 15th April, 2017. He became the winner via armbar submission in the 3rd round and was awarded "Performance of the Night" bonus. This victory made him the record co-holder with Anderson Silva for highest successive title defenses (10) in UFC history. He was named “Fighter of The Year” by ESPY in July 2017.

Johnson and Ray Borg fought at UFC 216. Johnson sealed the win via the suplex-to-arm bar in the 5th round. He was awarded "Performance of the Night" title and this match also made him surpass Anderson Silva’s record by having 11 consecutive title defense victories in UFC. The win was titled as "best submission of the year" from Publications like MMA Mania.com, The MAC Life and Sherdog.

On 4th August, 2018, UFC Flyweight Championship title match took place between Cejudo and Johnson at UFC 227. Johnson finally lost his title via split decision to Cejudo. This match earned him the reward of “Fight of the Night” award.

Demetrious Johnson fight record is without any question remarkable. His Ultimate Fighting Championship achievements include “UFC Flyweight Championship (first, 1 time)”, “UFC Flyweight Championship Tournament Winner”,” 11 successive title defenses in UFC history”, “Fight of the night Vs. Ian McCall, Henry Cejudo, and John Dodson(3 times)”, “Submission of the Night Vs. John Moraga”, “Knockout of the Night Vs. Joseph Benavidez”, “Performance of the Night Vs. Kyoji Horiguchi, Wilson Reis, Ray Borg, and Henry Cejudo (4 times)”, and “2nd fighter on UFC roster who has received bonus payments in all four categories such as knockout, Submission of the Night awards, Performance, and Fight.”

Johnson is not fond of his childhood memories. He spent his early years with his abusive stepfather and a deaf mother. He has actually never gotten face to face with his real father. According to him

“I've never seen a picture of him, not a glimpse, nothing.”

Demetrious Johnson and his wife Destiny Johnson share a special bond because of the fact that Destiny was very helpful in making him let go of his past.

"she is the best thing that has ever happened to me and without her, life would be incomplete."

They got married in Hawaii on 11th May, 2012. The couple has two sons, the elder one name Tyron was born in 2013 and the younger one named Maverick was born on 15th April, 2015. Their youngest child is a daughter who was born in August 2018. Johnson has a keen interest in playing video games, therefore, he streams his gaming play via Twitch.tv under the username “mightygaming.”

Demetrious Johnson’s career earnings have helped him built a great net worth. In 2019, his net worth is estimated to be around $6 Million.