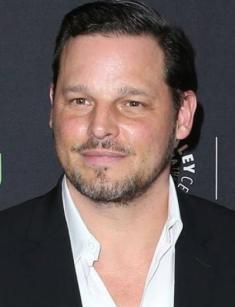 He is a former male model and an actor. Most people know him as the star of the iconic TV series where he starred for 15 years. At the end of 2019, the actor announced his departure from the project to diversify his roles.

His parents worked as deputy sheriffs. As a teenager, the boy considered becoming a dentist. Justin is 1 of 5 siblings. Justin has got a fraternal twin brother. His ethnic background is English and Irish.

Justin began his career from modeling. Bright appearance and perfect physique helped him to attract attention and work with A-list designers. Interestingly that he had been helped by chance, he was spotted by the model agent on Metro. That meeting became his lucky ticket. As a model, he traveled all over the world and appeared on the number of fashion weeks.

In the 90s, Justin decided to focus on his acting career. Before getting roles, he had studied at the prestigious acting studio. In 1995 he appeared on the music video by Dave Matthews Band, and it became his debut role.

Nest decade, the actor appeared on TV series in recurring roles, "New York Undercover" and "Another World" among them. Besides, the actor joined the cast of several movies, including "The Wedding Planner," where the actor worked alongside Jennifer Lopez. The public remembered Justin for his amazingly awful Italian accent.

In 2004 he joined the cast of the surgical TV series where he starred alongside Ellen Pompeo, Kate Walsh, and Katherine Heigl. The producer of the show is Shonda Rhimes. That project gave him regular work on the TV screen, as well as wide popularity and several awards. The TV series lasted from 2004 till 2019. In November 2019, the actor announced his departure from the project. The actor decided to diversify his acting roles and career choices.

He highly appreciated the work on the project. Justin said, "'Grey's Anatomy' has given me a lot of security, especially as my kids have grown older. Plus, for the last eight years, I didn't have to get on a plane and go to do a job out of town or in another part of the world." Moreover, the "Grey's anatomy" allowed him not to think about money. His salary per episode consisted of about $125,000, while his net worth is estimated at $18 million.

The story of his character in the TV series finished by firing Dr. Alex Karev. His position had been replaced by the actor Richard Flood who is known for his work in "Shameless." Meanwhile, the leading actress of TV series who worked on the picture for more than 15 years, decided to continue her work. She signed the new contract which would give her about $20 million in salary per the next season.

Justin is a decent family man. He met his wife several decades ago when he worked as a male model. His wife is Keisha Chambers. She worked as a model agency booker and then focused on raising kids. They were gifted with five children, among them are twins, two daughters, and a son. His daughter, Eva, plays in the band.

Even though the actor keeps a healthy lifestyle, Justin has come across a series of health problems. In 2008 he confessed that he suffered sleep disorder and could sleep only two hours per week. He treated at the medical center in LA.

The actor and his wife practice hot yoga regularly. Justin confessed that he and his wife preferred to live not-Hollywood kind of life. They keep a low social profile.