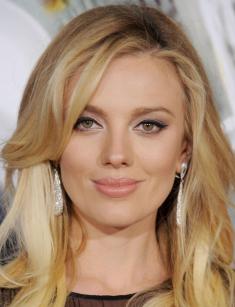 Bar Paly is an Israeli-American actress and photo model of the Russian origin. She appeared on covers of Sports Illustrated and Maxim and earned her fame for the movies Pain & Gain and Million Dollar Arm.

Varvara Alexandrovna Paly was born on April 29, 1985, in Nizhny Tagil, the Urals, the USSR. She was the only child in the family. When the girl was seven, the country entered the perestroika period; the Jewish parents, Alexander and Olga, migrated to the capital of Israel, Tel Aviv.

The little girl dreamed about acting from early childhood; the parents took her to an Israeli art school, ballet, opera, and exhibitions; the child grew up in the artistic atmosphere.

When Varvara turned 17, she started modeling; today, she collaborates with various brands and designers and shoots in swimsuits and lingerie for prestigious magazines: Esquire, CQ, Maxim, Sports Illustrated. In 2014, the woman took number 66 in Maxim's Hot 100 Women.

According to Bar Paly, she began her modeling career to pay for acting classes: she dreamed of becoming an actress in the first place.

Bar debuted with episodic roles in American series: CSI: NY, How I Met Your Mother, Unhitched, The Starter Wife, NCIS: Los Angeles. In 2003, she worked on the Israeli pseudo-documental movie Zehirut Matzlema.

The young woman appeared on the big screen in 2008 and played an archeologist in the horror The Ruins, the story about the friends who encountered the ancient evil. The same year, the actress had an episodic role of Staysa in the action movie Stiletto.

In 2010, Paly worked on the horror Hyenas and personified Luna. Critics did not appreciate the work. Two years later, the artist joined the cast of the MTV drama series Underemployed about five university graduates entering real life. She also appeared in the comedy A Glimpse Inside the Mind of Charles Swan III starring Bill Murray, Charlie Sheen, and Jason Schwartzman.

Michael Bay’s Pain & Gain became one of the most significant projects in Bar’s filmography. The crime comedy based on a true story was premiered on April 25, 2013. The audience can watch the coach who decides to change his life by kidnapping a millionaire. Mark Wahlberg and Dwayne Johnson starred in the movie; Bar Paly played a strip dancer Sorina Luminita. Although critics’ reviews were ambiguous, many editions included it in the best movie ratings: The New York Times, Vanity Fair, and Village Voice.

2014 brought the detective thriller Non-Stop by Jaume Collet-Serra; Paly played a secondary character, Iris Marianne; Liam Neeson and Julianne Moore got the lead roles. The same year, Bar took part in the sports drama based on a true story, Million Dollar Arm. The movie shows a sports agent who is going to be bankrupt soon; he goes to India to find talented baseball players there and attract them to Major League Baseball, the USA.

The same year, Bar worked on the short drama Lost Girls; the role of Kara was marked with the nomination for Los Angeles Women's International Film Festival – Best Actress.

The celebrity admires Cameron Diaz and Sofía Vergara who are not afraid to look funny. According to Bar, she would like to develop in comedies: fun and laughter are her comfort zone, and nobody expects those from her.

On February 10, 2007, Bar Paly married the Canadian scriptwriter, producer, and director Ian Kessner. On August 16, 2016, she became an American citizen.

In 2018, the actress announced she was going to divorce with Ian due to irreconcilable differences. The couple had no children.

Paly still remembers her origin and Tagil, the native town. Sometimes, she behaves like a typical Russian: sits for a while before a long trip, eats mayonnaise with a spoon, and sincerely answers the question “How are you?”

Varvara changed her name due to the document translation: she turned into Barbara and then shortened it to “Bar”. The model speaks English, Russian (with an accent), and Hebrew; she thinks in three languages. Bar Paly has been a Jew since childhood.

Nowadays, the actress is going through the divorce and continues to work on movies. In 2019, the thrillers Painted Beauty and Headlock will be released.

The celebrity shares fun pictures from movie sets and vacation; she posts selfies with no make-up and professional photos from red carpets on her Instagram; dozens of people follow her.