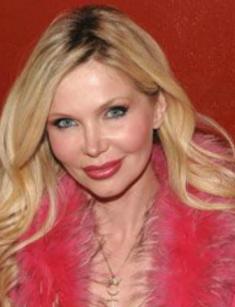 Victoria Zdrok is an American pornographic actress, model, and writer of the Ukrainian origin. She appeared in the Playboy centerfold in October 1994; in 2004, the men’s magazine Penthouse gave Zdrok the title “Pet of the Year”.

Victoria Nika Zdrok was born in Kiev, Ukraine, on March 3, 1973. Her father, Alexander Zelenetskii, was a university professor, and the mother, Olga Zelenetskaya, worked as a photo journalist. Victoria has an elder sister, Tatiana.

Victoria showed her rebellious nature from her childhood. At the age of nine, she did not comply with the Soviet system and cut her red tie at the young pioneers’ ceremony. A red tie symbolized the Soviet flag, and the girl’s action turned out to be a black spot in her school record.

At the age of 16, the young woman moved to the United States to study; she was the first Ukrainian student who was officially allowed to do that. Thus, the media paid much attention to her as the ambassador of peace and international cooperation.

Zdrok was going to work in the field of law and psychology: jury consulting. Further on, the young woman got a Ph.D. in sex therapy from the New Jersey School of Medicine.

In 1994, Playboy published the model’s photo and called her Playmate for October. From that time, she appeared in many foreign editions of the magazine and became Philadelphia's "Best Beauty". Besides, Victoria appeared on the Playboy cover in August 1994 and May 1995.

The actress has presented several books about sex: Anatomy of Pleasure (2004), Dr. Z on Scoring: How to Pick Up, Seduce and Hook Up with Hot Women (2008), Her: The Ultimate Guide to Your Lover (2008), The 30-Day Sex Solution: How to Build Intimacy, Enhance Your Sex Life, and Strengthen Your Relationship on One Month's Time (2011).

The pornographic star has been married to John Wilson since 2004. The couple has a daughter, Silvana Maria Wilson (born October 29, 2002).

In the early 2000s, Victoria had a short affair with the would-be American president Donald Trump. After their break-up, it turned out to be his nightmare: Zdrok communicated with the media and was digging dirt on the politician; she revealed intimate details of their romance. In his turn, Trump did not hesitate to use strong language and humiliate his ex-lover. The scandal stirred up during the pre-electoral campaign in 2016.

In January 2001, the model’s ex-husband, Alexander Zdrok, suited the woman and demanded the compensation for the divorce in 1996 when Victoria refused to pay 15% of her benefit for the next decade. Zdrok claimed that it was illegal and tried to close the trial; the court did not do that.

On December 9, 2003, the model handled the issue and agreed to pay $50 000. Later on, Alexander’s lawyer, Elliott Goldberg, expressed his disappointment that he could not reveal the details of Victoria’s intimate life.

In March 2004, after Zdrok received the title “Pet of the Year”, Alexander filed a lawsuit against the actress to have the last court decree annulled. The judge Carroll Cody reprimanded the man; although she did not view Victoria as an honest person, there was no evidence that she knew about the opportunity to receive $100 000 during the case.

On December 2009, Victoria confessed that she married Alexander to gain a green card in the first place.

In 2018, Victoria Zdrok topped the list of the highest-paid actresses according to People with Money; her overall earnings were $46 million. On December 26, the magazine announced that Zdrok became number one; her closest rival earned $20 million less than Victoria in November 2017-November 2018.

The model estimates her capital at $145 million. The woman’s smart shareholding investment, real estate property, and beneficial collaboration with CoverGirl cosmetics contributed to her financial success substantially. Besides, Zdrok owns several restaurants in Kiev, the soccer team The Kiev Angels, and the vodka brand Pure Wonderzdrok; she produces her own perfume With Love from Victoria and the fashionable clothes line Victoria Zdrok Seduction.

Nowadays, rumors have it the actress is going to finish her movie and modeling career. According to the woman, she grows old and enters new life stages; being an actress, a model, and a writer is not as fun as it used to be.