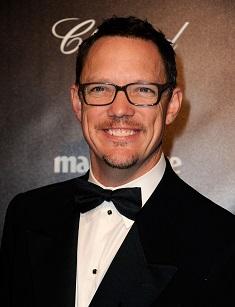 Born in Michigan, Matthew Lyn Lillard has made a name as a famous and top-rated actor. He started his movie career in 1989. He is best known for portraying in a progression of Scooby-Doo movie as Shaggy Rogers and the man who gave voice to him in the appropriate animation. Also, the huge list of Lillard’s Filmography includes such movies as Scream (1996), Thirteen Ghosts (2001), SLC Punk! (1998), Without a Paddle (2004), and The Curve (1998). Matthew married in 2000.

He is the father of three children. His net worth is roughly estimated at $2 million. He earned much of the money through his numerous occupations as an actor, administrator, manufacturer, and director.

Lillard is the native of the capital of the state of Michigan. He was born on January 24, 1970, to Paula and Jeffrey Lillard. Matthew was brought up in Lasing, but in the young age moved to Tustin, California, where he lived with his family from first grade to high school graduation. In summer 1990, Lillard began making his first steps in acting. He participated in Ghoulies III: Ghoulies Go to College.

Matthew earned his high education in the American Academy of Dramatic Arts (AADA), a two-year performing arts conservatory located in Pasadena. At the same time, Lillard founded the Mean Street Ensemble theater company along with his friend. In 1991 Matthew moved to New York to enroll at the theater school Circle in the Square. The same year his Pasadena’s company stopped working.

Matthew started his hard work in acting in 1994, appeared in Serial Mom as Chip Sutphin. Before his breakthrough role came in 1996 in Wes Craven’s Scream, where he played Stu Macher, the seemingly fun-loving party kid, Matthew had appeared in six movies. In 1998 the novice actor received the major role in the thriller The Curve. Later the same year he filmed in Senseless, Telling You, Without Limits and his great work SLC Punk!.

In 2001 Matthew appeared as Billy Brubaker in a romantic baseball movie Summer Catch. He starred with Freddie Prinze Jr. and Jessica Biel. The same year he filmed in a ghost movie Thirteen Ghosts. But, the most recognizable project came to Lillard in 2002, when he played Shaggy in the live-action Scooby-Doo movie. In 2004 he appeared in its sequel.

Lillard’s manic energy and elastic face made him the perfect embodiment of a cartoon character, and since then he’s been called on to reprise the role in dozens of Scooby-Doo incarnations. In the interview, Matthew said about that role:

“Well, he's a character I cherish because I'm the protector of that character. He's mine, and I'm the steward of Shaggy right now. It was Casey Kasem for a long time, and now it's me, and I take that seriously. As a character, I love that he represents the child's reaction to seeing a ghost. He does what a kid would do if they saw a ghost. He's their voice. And he also represents what it means to be a real friend. In the world of media and the stories that people are telling now, it's nice to be part of a franchise that continually comes back to friendship and sticking together. It's a feel-good kind of character.”

The other great work of Matthew is Without a Paddle of 2004, where he starred with Dax Shepard and Seth Green. In 2007 Matthew began working as a producer. Four years later he became a director and a producer of Fat Kid Rules the World, which was nominated for various awards and became the Narrative Spotlight in 2012.

In 2013-2014 Lillard filmed in 24 episodes of the crime drama TV series The Bridge. Soon he appeared in The Good Wife and State of Affairs. In March 2019 Matthew, the voice of the Shaggy in every animated film, TV, and video game appearance since 2010, after Casey Kasem retired from the role, was replaced as Shaggy in a scheduled theatrical movie of 2020.

Warner Bros. announced some of the new voice cast for animated Scooby-Doo movie. Among them included The Last Man on Earth star Will Forte as the voice of Shaggy. For any Scooby-Doo fan, that news was certainly surprising to see, but even more so for Lillard, as this was how he learned, he was being replaced for the franchise’s return to theaters. Retweeting the news on his Twitter account, Lillard commented “this sucks,” adding that it was a “crappy way to find out” he wasn’t a part of the new movie.

Currently, Matthew Lillard is a cast member of crime comedy-drama TV series Good Girls. He played Dean Boland, Beth's cheating car salesman husband who made bad decisions with their money, forcing her to rob a grocery store to fix his mistakes. Dean was a senior in high school when he asked Beth to go to their prom together, beginning their long-term relationship.

Matthew started dating with Heather Helm in 1998. They got into a romantic love affair in the same year. Two years later, the couple decided to turn it into a beautiful wedding. Lillard and Helm tied the knot on August 12, 2000. The beautiful ceremony was held among friends and close relatives. Matthew and Heather are a perfect match for each other. Time and again, they appeared in a lot of TV shows, events, awards, and magazine even before their marriage.

The pair welcomed their first child on June 13, 2002. The newborn girl was named Addison Grace Lillard. Helm and Lillard got the opportunity to become parents for the second time on October 19, 2004. Helm gave birth to her second child Macey Lyn Lillard. In April 2008, the spouses became parents for the third time. They welcomed their second son Liam Lillard. Currently, the actor resides with his beautiful wife and three children in Los Angeles.