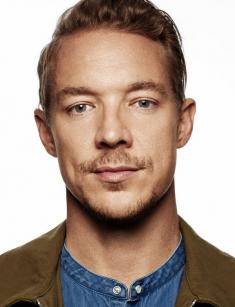 Diplo is an American DJ who also developed a unique musical genre, called baile funk. Thanks to his electronic music, some of the songs of Gwen Stefani, Britney Spears, Madonna, Justin Bieber, Chris Brown, Shakira, No Doubt and Snoop Dogg have become world hits. His achievements made Diplo not only famous but also wealthy. In 2018, Forbes magazine ranked Diplo at number six on the list of the world's highest-paid DJs because his annual income is $ 28.5 million.

Diplo’s real name is Thomas Wesley Pentz Jr. He was born on November 10, 1978, in Tupelo, Mississippi, in the family of an Englishwoman, Barbara Jean (née Cox), and German Thomas Pentz. The parents' passion for rap, hip-hop, house and Miami bass played a key role in the development of the future DJ’s production style.

The boy spent his childhood in his father’s store in Miami, Florida. Pentz Sr. instilled in his son the love for paleontology, which later affected the choice of the musician’s nickname because “Diplo” is short for "Diplodocus".

There is little information about the biography of Thomas. In 1997, the young man entered the University of Central Florida (Orlando, Florida). Then he studied at Temple University (Philadelphia, Pennsylvania), where he first garnered attention as a DJ. In 2003, Diplo and DJ Low Budget began throwing parties under the Hooked on Hollertronix moniker.

Hollertronix, which was created by two musicians, turned into a new genre. Later, it was reflected in the works of M.I.A., Lil Jon, Björk, Busta Rhymes, and others. Thomas and DJ Low Budget’s mixtape, Never Scared, was named one of The New York Times' top ten albums. Diplo’s debut and only studio album Florida (2004) allowed him to devote his life to music.

The first major creative collaboration was a duet with M.I.A., an English performer of Tamil descent. After hearing one of his songs at the club, she wanted to work with the DJ. Thus, they eventually collaborated on a mixtape, Piracy Funds Terrorism Vol. 1. (2004), which was mentioned as “Albums of the Year” from The New York Times and Pitchfork Media.

M.I.A. introduced Diplo to DJ Switch. Their collaborative track “Paper Planes” in 2009 earned a Grammy nomination for Record of the Year, peaking at number 4 on the Billboard Hot 100. The DJs’ names were not mentioned in the music video. Perhaps this was the reason for the end of their cooperation.

After collaboration with M.I.A., the American began a career in music production and created his own label Mad Decent. He collaborated with Shakira, Robyn, Kid Cudi, Bruno Mars, Ariana Grande, and other famous pop singers. Diplo produced several tracks, including Beyoncé’s song “All Night” and Ellie Goulding’s “Close To Me.” He also participated in the recording of the song "Stay Open" of Ukrainian singer Ivan Dorn.

In 2008, he was the co-creator of the electronic dancehall music project Major Lazer, alongside Switch. The main peculiarity of the group was that breakers and hip-hopers danced along with the audience on the stage. In 2011, Jillionaire and Walshy Fire replaced Switch.

Diplo is a permanent participant of the project, the author of the most famous track "Lean On," recorded with DJ Snake and singer MØ. As of January 2019, the official music video on YouTube has about 2.5 billion views, which is one of the highest rates on the hosting.

Diplo and Skrillex created another successful duo Jack Ü in 2013. The biggest performance in the history of the project is considered to be the concert at Madison Square Garden in 2014. The collaboration of two DJs in 2016 earned two Grammy Awards for Best Dance Album "Skrillex, and Diplo present Jack Ü" (2015) and for Best Dance for "Where Are Ü Now?" with Justin Bieber.

In 2018, the group LSD was formed, consisting of singer Sia, musician Labrinth, and Diplo. Their single "Thunderclouds" was featured in a commercial for the Samsung Galaxy Note 9. The DJ promotes his activity in mass culture. His single “Welcome To The Party," recorded together with French Montana and Lil Pump, is the soundtrack to the film Deadpool 2.

People can envy the personal life of Diplo who has dated a lot of celebrities. From 2003 to 2008, he had a relationship with his colleague M.I.A. The couple broke up due to the enormous popularity of the singer, but there is also a version that Thomas fell in love with event organizer Kathryn Lockhart. They dated for six years, from 2009 to 2014, but the girl did not become his wife, giving birth to two children: Lockett (2010) and Laser (2014).

In April 2014, romantic photos appeared in the press depicting Diplo and Katy Perry at the Coachella Valley Music and Arts Festival. Their relationship lasted a year. In 2017, the singer rated her ex-boyfriends on Twitter, ranking Thomas at number 3. The DJ followed Orlando Bloom and John Mayer.

In 2017, Thomas appeared with Kate Hudson at the Academy Awards After Party, and in October of the same year, he began dating model Nadya Loren (her full name is Mora Nadya Irken Dewan). In February 2018, the couple broke up. In March, the former lovers had a daughter, Genevieve Maria Pentz.

Diplo is a football fan, supports Arsenal and the US national team. He produced the 2018 World Cup official song “Live It Up” performed by Nicky Jam, Will Smith and Era Istrefi. DJ considers football an important thing that, like music, unites people all over the world.

His second passion is basketball. DJ supports the Los Angeles Clippers and regularly reminds his Instagram subscribers about it.

At the beginning of 2019, Major Lazer released the fourth album, Music is the Weapon. Ed Sheeran, Justin Bieber, MØ and Nicki Minaj took part in the recording.

It is possible that in the future the group LSD will release a debut album. In November 2018, the musicians released the fourth single "Mountains," which Diplo's colleagues called "electronic perfection."

In addition to new songs, Diplo will soon give concerts in the USA and perform at festivals: Ame Laroc in Brazil, Coachella, and Hangout in the USA, Open'er in Poland.

Diplo has a net worth of $26 million.