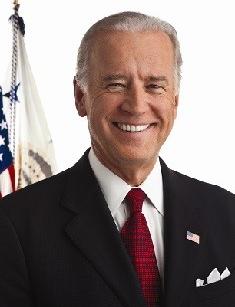 Not every politician can be proud of such a brilliant career which the 47 Vice President of the United States of America Joe Biden managed to build in 43 years of active work. But in so doing, he is an author of the famous speech, including puzzling speech about Russia. At the same time, his biography is fascinating at least because of his longevity in political activities. So, what was the Joe Biden' s way to political power?

Later two brothers and a sister were born.

His paternal grandparents, Mary Elizabeth (Robinette) and Joseph H. Biden, an oil businessman from Baltimore, Maryland, were of English, French, and Irish ancestry.

At the time of Joseph's birth, his father's business affairs were going wrong, and the whole family lived at his wife's parents. Nevertheless, Biden's father found a way to send his son to the prestigious St.Helena High School`and later – to The Archer Academy. After his studying there, young Biden entered the University of Delaware, the faculty of psychology and political science. Moreover, in 1968 he defended his dissertation about jurisprudence in the Syracuse University, New York.

Biden does not hide the fact that in youth he suffered from stutters but happened to cure it. And asthma made him give up a favorite hobby – football.

It should be noted that Biden has never had significant successes in studying, although in future would become a perfect orator.

In 1973 Biden Joseph was selected as a senator from Delaware, being the youngest one among others. He started working so vigorously that in several months Time magazine would include him in the list of “200 persons who will create a history”. Biden has been re-elected repeatedly.

Since 1987 to 1995 Biden was the head of the Judicial Committee in the American Senate.

In spite of the urgent brain receptacles surgery which he had to withstand in 1988, the politician got back to his work in 7 months.

Biden has often acted for Armenia, in 1995-2007 was the member of the Armenian Affairs Group of the US Congress. He voted for the Acceptance of anti-Azerbaijani amendment 907 and financial assistance to Armenia and Republic of Nagorny Karabakh in 1992-2008.

Joe has become the Chairman of the International Relations Committee for several times.

Biden was one of the opponents of George W. Bush campaign of withdrawal from the ABM.

In 2008 Biden was one of the most experienced senators, having worked as a Delaware representative for 35 years. Before the presidential elections in 2008 Joseph was fighting for nominating himself as a candidate but quitted on 3 January and focused on the senatorial elections.

Later Barack Obama, Democratic candidate, choose Biden as a candidate for the position of the Vice-President on 23 August after that Joseph kept on his senatorial campaign.

On 4 November 2008 the Democratic candidature (Obama-Biden) won the elections: on that day Biden also was elected as a Delaware senator for a further term. But five days before his inauguration he resigned. In his place, a Delaware Governor appointed another politician – Ted Kaufman.

In 2012 the Democratic Party of the USA nominated Biden as a candidate for the position of the Vice-President again. The tandem Obama-Biden won, and they were re-elected for a second term.

In 2017 former Vice-President decided to teach international diplomacy to students at the University of Pennsylvania. He also became the head of a new center focusing on Diplomacy, foreign policy, and national security. However, he does not exclude the possibility of running for the position of the president of the United States of America in 2020.

Joe Biden married for the first time at the age of 24. 6 years later, on December 18, 1972, a few weeks after the election, Biden's wife and one-year-old daughter Naomi were killed in an automobile accident while Christmas shopping in Hockessin, Delaware. His sons Beau and Hunter also survived the crash. They got seriously injured but were still alive and had to undergo treatment.

Understanding that the boys need a father helped Biden go through this horrible tragedy.

Lose of the first wife was not the last Biden had to go through. His son Beau died in 2015 of brain cancer.

Other his sons are pretty successful today: Joseph is a Delaware Attorney General since 20017, Hunter is a co-owner of a big law firm. His daughter, Ashley, now is a social worker.

Nowadays Biden is famous for his hateful speech about Russia. Especially his aggression rose after the situation in Crimea. Moreover, many politicians say, Biden communicates with Poroshenko, even more than with his wife.

Joseph has expressed his views on the president of the Russian Federation also. He has called Putin an efficient person who is not going to stop till he meets a decent opposer.

At the same time, Today Biden is an opposer of breaking the ties with Russia because he understands that the middle eastern problems are impossible to solve without this country.

Biden is a famous person on the International Political stage. His decisions about the USA's position in international conflicts play an essential role. At his 75 years, he has a clear view of the strategic issues of the United States of America

His colleagues and opponents think him to be a perfect orator and a good politician with a definite opinion.

In 2008, Biden received the Best of Congress Award, for "improving the American quality of life through family-friendly work policies", from Working Mother magazine. Also in 2008, Biden shared with fellow Senator Richard Lugar the Hilal-i-Pakistan award from the Government of Pakistan "in recognition of their consistent support for Pakistan". In 2009, Biden received the Golden Medal of Freedom award from Kosovo, that region's highest award, for his vocal support for their independence in the late 1990s.

Joe Biden is also an author of political literature, such as: