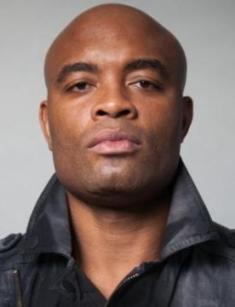 Anderson Silva is a mixed martial artist and the former UFC Middleweight Champion. MMA fans know him as The Spider. The sportsman has the recording number of fights as a reigning champion; he had 16 successful matches in a row and protected his title ten times. UFC gave the man five Fight of the Night prizes as well as other prestigious awards. Some experts call Silva the best mixed martial artist of all time.

The Brazilian fighter was born in São Paulo on April 14, 1975, and spent his childhood in Curitiba. Today, Anderson often names this place as his home. The family was not wealthy, yet all the relatives were friendly and valued each other. Silva was an active boy, and his parents supported him in everything.

Anderson took an interest in martial arts early; surprisingly, training was easy for him. He started practicing taekwondo at ten and showed impressive results for the next four years; the young man received a black belt at 18. Besides, Anderson was fond of Muay Thai and jujutsu; Antônio Nogueira himself awarded the athlete the black belt in the latter sport. Anderson got a black belt in judo, too.

The would-be UFC star practiced at Chute Boxe Academy; he opened his own club Muay Thai Dream Team later. Silva saw the club potential and worked hard on it. In 2006, he founded the Black House team; the Nogueira brothers, Lyoto Machida, and other sportsmen joined it. Two years later, Anderson initiated the creation of a professional MMA academy in Miami.

Anderson Silva debuted in MMA in 1997. His nickname came from his fondness of the superhero: the athlete appeared in the ring wearing a T-shirt with Spider-Man.

The professional debut took place in 2000. The first two matches were victorious, but the third one against Luiz Azeredo was a failure. The athlete rehabilitated immediately with nine consecutive triumphs. Cage Rage, Pride, and Gladiator FC invited Anderson to collaborate; he successfully performed in the Middleweight division.

2001 was marked with the victory over Hayato Sakurai who had defeated his opponents 20 times. However, the third round was disadvantageous for the Japanese athlete. In 2002, Silva joined Pride Fighting Championships, won three fights, and lost to Daiju Takase in 2003.

In 2006, Silva joined UFC and earned his first victory over Chris Leben; he was awarded Knockout of the Night. Further on, the meeting with Rich Franklin brought a powerful knockdown that almost made the opponent fly over the ring. Anderson proved his strength in 16 fights and broke the record defending the title; he triumphed over Nate Marquardt, Yushin Okami, Vitor Belfort, and others.

As a media person, the athlete gave many interviews. He told a Brazilian TV correspondent he was going to leave the professional sport in 2009 as a reigning UFC champion, but the contract interfered with his plans: he had to have six more matches. In 2012, the man defended the title for the tenth time and set an excellent example to his rivals.

In summer 2013, the champion lost his title to Chris Weidman; the failure was particularly painful because of Anderson’s broken leg. He had to spend a year recovering. In 2015, Silva faced Nick Diaz and won; however, the judges did not count the result because of the fighter’s doping test results were unsatisfactory.

Anderson Silva has not limited himself to sports. The 34-year-old athlete decided to use his popularity and try himself in cinematography; producers gladly offered him roles. Silva debuted in the 2009 movie Never Surrender.

New projects followed soon. The man’s appearance was suitable for detectives, brutal men, and athletes; he participated in actions and series. Besides, Silva has worked as a voice actor in the animated movie Worms (2013).

Today, the athlete continues to combine sports and cinematography; he keeps fit and practices three times a day. Besides, Anderson has a special diet that helps him prepare for new matches.

Silva married in 2017; his wife’s name is Dayane. They have two kids together and live in Los Angeles. Three children from the sportsman’s previous relationship live in Brazil; the father often communicates with them and travels between two countries.

The athlete pays much attention to charity work: he helps deprivileged families and takes part in projects organized by the Nogueira brothers.

According to Anderson, if he had not become a sportsman, he would have chosen the police officer career.

In 2018, the former UFC champion Conor McGregor challenged Silva; Anderson accepted it and emphasized his opponent was afraid of fighting the aged rival. The promotion is working on the conditions; it is going to be another marketing ploy for the Irish and the way to prove one’s power for the Brazilian.