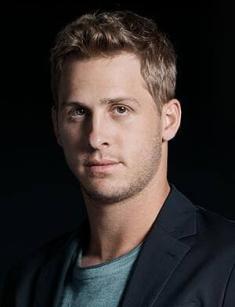 Jared Thomas Goff who was born on October 14, 1994 is an American professional football player. A talented quarterback, he was a college football star at Berkeley. Jared started his career as a pro with the Los Angeles Rams. After five seasons with the team, he was traded to the Detroit Lions.

The future NFL star was born in Novato, California. His father, Jerry, is a former baseball star. Jared is very close to his mother, Nancy, who works as a mortgage advisor. He was raised alongside his older sister.

As a result of his performance on the field during high school years, Goff received offers from colleges in Idaho, California and Washington. He eventually committed to the University of California, Berkeley. After joining its football team, the Golden Bears, the player set 26 records. He was also named the team's captain in 2013.

In 2016, the quarterback became the 1st overall pick by the Rams. His rookie contract with the team was worth over 27 million dollars. The player also received an 18 million signing bonus. Jared became the team's starting quarterback in November of the same year. His total stats as a rookie were 112 passes for 1,089 yards, 5 touchdowns, 7 interceptions, 16 rushing yards and 1 touchdown.

Next year, the player recorded his first victory as a pro in a game against the Colts and was named to the Pro Bowl for the first time as a replacement for Carson Wentz, who sustained an injury. In 2019, the Rams extended Goff's contract. Football fans were excited by the news as they found the player to be very promising and often compared him to Jets star quarterback Joe Flacco.

In March 2021, Goff was exchanged for Matthew Stafford and joined the Detroit Lions.

The star quarterback is in a committed relationship with Christen Harper. In June 2022, Jared proposed to his girlfriend while they visited Los Cabos, Mexico. His future wife is an Instagram model and actress.

In 2022, Goff was featured on an episode of the Friday Beers podcast.

Jared believes in connecting with his teammates. In 2021, Goff was excited to reunite with wide receiver Josh Reynolds, with whom he played for the Rams. In 2022, he also expressed his support for rookie Jameson Williams.

Goff was named to the Pro Bowl two times. The player also holds the Detroit Lions franchise records for the most consecutive passes without an interception and most consecutive home games with at least two touchdown passes. He also recorded the highest completion percentage and lowest interception percentage in a single season. During Jared's time with the Rams, he achieved records for most completed passes in a single game and most fourth quarter comebacks in a single season.