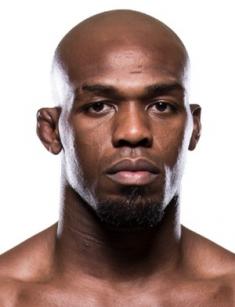 Jon Jones is known as the youngest UFC Light Heavyweight Champion in the history. He is considered to be invincible: throughout more than ten years of his MMA career, the man has had no loss except for his disqualification for elbow strikes. Jones has become the UFC champion twice and was stripped of his title twice due to his scandalous behavior as well as legal issues.

Jonathan Dwight Jones was born on July 19, 1987, in Rochester, New York, US. The boy grew up in a large religious family. The father, Arthur Jones Jr., was a pastor in a Pentecostalist church, and the mother, Camille, worked as a nurse.

The parents brought up their four children in a strict, orthodox manner: church activities replaced parties, amusement, and presents. Arthur and Camille had no money for that, actually, and lived modestly. The elder daughter, Carmen, helped look after the brothers while the mother was at work. The boys were great friends: it was necessary to stick together in the criminal town to survive. They loved their sister immensely, but the young woman passed away early: she had not even turned 18 when she died of brain cancer. It was a severe blow for the brothers.

Arthur, Chandler, and Jonathan were athletic: they inherited their father’s love of sports and his abilities. When the family moved to Endicott, there was a self-made ring in the basement of the new house; the father and his sons often practiced and competed there.

The boys took an interest in football at school; Jones was a linebacker. Soon, the teenager started growing up; he was thin, and the coach nicknamed him “Bones”. According to the athlete, it did not work out with football: he failed to like it. In their turn, Arthur and Chandler succeeded and became professional football players; they are as famous as their middle brother.

In the seventh grade, Jones switched to Greco-Roman wrestling; the first results appeared at high school. In 2004, the young talent won the Union-Endicott High School Championship and got the third place at the state competition. After graduation, Jon entered Iowa Central Community College and won the national JUCO championship.

Because the young man had some discipline and academic problems, he had to transfer to his home state New York. He continued his education at Morrisville State College and studied Criminal Justice. However, the news about his girlfriend’s pregnancy interrupted the studies; Jones quitted and got hired as a bouncer in the nearest club.

As the athlete remembers, he was 20 years old; the promising young fighter turned into a loser. He felt that nobody believed in him except for Jessie and her mother. When Jon was desperate, some anonymous Internet user sent him a message and offered to build a UFC career; they invited him to BombSquad where mixed martial artists practiced.

Jon had perfect assets: a good fighting experience, height (6.33 ft. or 193 cm.), long limbs (his arm span is 215 cm. which is the top result among UFC athletes). The man’s career was developing fast. He had the first match only after a month of training, in April 2008 at Full Force Productions: Untamed 20 in Massachusetts. It took Jones 92 seconds to knock his opponent, a little-known fighter Brad Bernard, to the ground.

For the next six months, Bones who used his nickname in the ring did not lose a single match. Finally, UFC offered him a long-awaited contract. Jones debuted as a UFC fighter on August 9, 2008, against André Gusmão and won by the unanimous decision of the jury; he showed non-standard techniques for a newbie.

The further fights were also brilliant: the sportsman defeated Stephan Bonnar and Jake O'Brien. However, the match against Matt Hamill at UFC: The Ultimate Finale 10 in 2009 was a failure: although Jones was a leader, he was disqualified for illegal downward elbows. That technical loss spoils the man’s splendid and recording results.

Before the fight for the UFC Championship, Jon held two victorious meetings with the Belorussian sportsman Vladimir Matyushenko (a technical knockout) and Ryan Bader who had had no loss before that (guillotine choke).

Hundreds of MMA fans gathered together to watch UFC 128 where the American Jon Jones and the Brazilian Maurício Rua participated. Indeed, it was a fight worth seeing: Jones dominated from the first minutes and fought in a spectacular way to finish the third round with a technical knockout. The 23-year-old athlete became the youngest champion in the history of UFC.

The later period in Jones’s career pertains to many title-defense matches; the American participated with dignity and defeated several MMA and UFC monsters, such as Vitor Belfort, Lyoto Machida, Rashad Evans, Chael Sonnen, and Glover Teixeira.

According to Jones, the meeting with the Swedish athlete Alexander Gustafsson at UFC 165 in 2013 was the most challenging fight for him. Although Jon had a facial injury and was bleeding, he defended the title.

January 2015 was marked with the long-awaited fight: Bones faced the UFC sportsman Daniel Cormier who had had no loss in his entire career; it was the matter of honor for both of them. It was the eighth title-defense match for invincible Jones.

Soon, the triumphant fighter was involved in legal issues. Jon was preparing for the match against Anthony Johnson that was scheduled for May 2015; a month before the event, he was arrested for initiating a car accident and had 18 months of probation. UFC stripped him of the champion title and disqualified for an indefinite period. At the end of the same year, Jones regained his status of a fighter; he got the chance to return his title in the fight against Ovince Saint Preux. Jon won and came back to the top of the UFC ratings.

Bones was preparing for the rematch with Daniel Cormier on July 9, 2016, at UFC 200. However, he was suspended due to the suspicion that he had taken illicit substances. Following tests, USADA experts announced that an estrogen blocker had been found in the athlete’s blood. Jones was deprived of the interim title and disqualified for a year.

The American came back to the sports in July 2017, a month after his mother’s funeral; she had died of diabetes. Jon defeated Daniel Cormier after three rounds and took back the title of the UFC Light Heavyweight Champion. At the end of the year, the fight was called invalid: the steroid test before the match was positive. Jon lost the title again; he could have been disqualified for four years.

Thanks to his religious upbringing and the positive example of his parents, the athlete has always been a loyal man. Jones met his future wife, Jessie Moses, at the Endicott school. Soon, the young people liked each other, but the couple had to break up: Jon had enrolled at Iowa Central Community College. The man had an affair with another girl, and his first daughter was born.

As soon as Jon came back to New York, he reunited with Jessie; she forgave him and got pregnant in a while. The would-be parents moved to the woman’s house where Jessie’s mother also lived. In 2008, the couple’s first daughter Leah was born. Bones fought Moyses Gabin at that period, and the fight anticipated his upcoming sports success.

The sportsman’s fans welcome each Instagram photo of their favorite. Jones also has some icons: he mentioned that the Irish fighter Conor McGregor inspired him.

At the end of September 2018, USADA made the decision about Jon Jones: the ex-champion was disqualified for 15 months. He got the right to perform again on October 28, 2018.