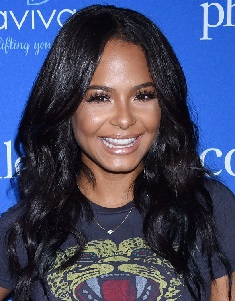 Milian is one of those few celebrities who succeeded in both acting and singing. Without concentrating on one of the fields, she came to prominence as a successful actress and talented musician. Speaking about her music career, it has always advanced to high spots on charts. Milian has collaborated with various artists such as Cardi B, Snoop Dogg, Lil Wayne among others. It’s high time we knew more about star’s life!

Milian’s parents are Carmed Flores and her husband, Don – they are of Cuban roots. She is not the only child and has two younger sisters. As a kid, she changed her real name Flores to Milian. When Christina was young, her family left for Waldorf.

Having turned 4, the girl had shown inclinations towards the world of acting. Young Christina liked performing in front of her relatives, sang songs, danced and imagined as if she were acting in a movie. In future admissions, the star shared her dad believed in her fiercely. According to Christina, the man always supported the girl and encouraged for new achievements.

At the age of 9, Milian took part in an audition for joining local talent agencies. As it is usually the case, she laid the groundwork for her future successful career by appearing in commercials. Shortly after, she succeeded to get the role in the musical entitled Annie. Over the following several years, Milian changed the place of her living moving to Los Angeles. There she got acquainted with a professional in music production who allowed her work at his studio. As a 17-year-old girl, Christina Milian began creating songs.

While developing her music career, the celebrity didn’t neglect her acting talent. So, she was seen playing secondary roles in movies and TV shows. Milian appeared in such projects as American Pie, The Wood and Get Real.

Shortly after, the actress got through an audition for playing in the picture Torque. Following this, she grabbed the main role in the picture Love Don’t Cost a Thing.

The next movies Milian acted in were Be Cool and Pulse. Moreover, she created two singles for the pictures.

Fans saw Milian playing in the Christmas TV picture Snowglobe and appearing in the program Eight Days a Week.

Two years later, Milian was cast of the show Superhuman.

Christina Milian’s debut professional music appearance was for the collection ‘Rule 3:36’ by Ja Rule. So, she was featured as a vocalist for the track entitled ‘Between Me and You.’ The track advanced to No. 11 on the American hot chart.

Also, Milian appeared as a back vocalist on numerous singles by other artists. Shortly after, she presented herself by releasing a debut album ‘Christina Milian.’ The project got to No. 12 on the American hot chart. Its sells’ level was evaluated at 102,000 copies in the first week.

Initially, the album was planned to be published in August-September 2011, but the date was delayed because of the terrorist attack on September 11. As a result, the collection came out in 2002. It included such songs as ‘AM to PM’ and ‘When You Look at Me.’

The project received mixed reviews from professional musicians and amateur listeners. That time the singer helped in recording of other artists’ tracks, such as Romeo, Hilary Duff. Besides, she created the soundtrack ‘Call Me, Beep Me!’ used by Disney series Kim Possible.

After a short period of absence in the world of music, Christina Milian returned to create new masterpieces. However, while she was out, music trends changed, and she had to adapt to them.

The singer presented her new collection entitled ‘It’s About Time’ reaching No. 14 on the American Hot chart and No. 21 in the UK. Its sells’ level reached 400,000 copies in the first seven days. According to fans, its track ‘Dip It Low’ was the best one and got several Gold nominations. Besides, the songs ‘Bring It On’ and ‘Believer’ led the musician to numerous awards.

Later Milian began elaborating her next project – the third collection entitled ‘So Amazin’ – it was presented in 2006 and debuted at No. 11 on the America Hot Albums chart.

Moreover, that year brought the musician her debut compilation collection under the name ‘The Best of Christina Milian.’ Also, she signed a deal with a new recording company. In 2008 the singer pleased her fans by publishing the track ‘Us Against the World.’ 2009 was marked by releasing of ‘Elope.’

In 2011 Milian worked with The Jackie Boyz on the track ‘Memory’ which was presented in Japan.

In March 2015, the singer published several songs and began working on her EP named ‘4U.’ In several months, she presented a new song entitled ‘Do It’ recorded with Lil Wayne.

Milian’s net worth is evaluated at $5 million.

The Voice and Dancing With The Stars

In 2012 Milian worked as the special correspondent for show The Voice.

In 2013 the celebrity appeared on the program Dancing with the Stars – she was paired with Mark Ballas.

Who was Christina Milian married to?

Christina Milian has a long list of relationships. So, she has been romantically linked with Nick Cannon. Having separated with him, Milian began an affair with the singer The-Dream. The two got engaged in 2009. The following year, they welcomed their daughter and broke up.

Then, Milian began dating Jas Prince. In 2013 the partners got engaged and split up in 2014.

The same year, the gossips appeared Milian was romantically involved with Lil Wayne – their relationship ended in 2015. That time she also was rumored to be dating Dave East but denied it.

2017 was marked by the beginning of her relationship with French musician M. Pokora. In summer 2019, the partners publicly claimed they were expecting their first kid.

Christina Milian does some charity work. So, she has contributed hugely to the Children Uniting Nations charity.

The woman is keen on experimenting with her appearance: she has changed several haircuts – blonde curly hair, braids, short hair, etc.