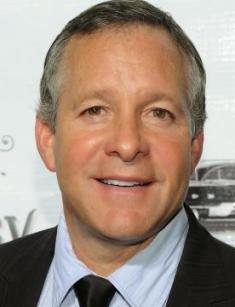 Steve Guttenberg rose to prominence in the 80s, playing the leading roles in the comedy Police Academy, and the Oscar-winning fantasy film Cocoon. The actor has a rather impressive filmography, although he stated that he did not chase those who starred in several films a year, focusing on quality rather than quantity.

Steven Robert was born at the end of August 1958 in Borough Park, Brooklyn, in the Orthodox Jewish community. The actor also has two sisters. His mother Ann Iris was a surgical assistant in the hospital, and father Jerome worked as an electrical engineer. Later, the Guttenberg family moved to Queens, a more affluent neighborhood.

Steve graduated from Plainedge High School and, according to some sources, he studied acting at the High School of Performing Arts in New York City, which graduates were Jennifer Aniston and Liza Minnelli.

From childhood, the young man dreamed of conquering Hollywood, and therefore, entered the Juilliard School where he studied under director and producer John Houseman. Steve also attended two universities: the State University of New York at Albany and the University of California.

19-year-old Steve made his movie debut, playing a bit part in the 1977 film Rollercoaster, directed by James Goldstone, one of the directors of the popular TV series Star Trek and the horror film The Outer Limits. Although according to some sources, Guttenberg’s first film is the sci-fi thriller The Boys From Brazil about cloning, starring Laurence Olivier and Gregory Peck.

In 1982, Barry Levinson invited the young actor to play the leading role in his first full-length film Diner. A year later, Steve's name appeared in the credits of Bruce Malmuth's movie The Man Who Wasn't There. Guttenberg landed another leading role in the post-apocalyptic drama The Day After, which told about life after a nuclear war.

The main project in the filmography of the Hollywood star is considered to be the light, but cult movie Police Academy. For the role of light-minded cadet Carey Mahoney who became sergeant, Steve refused to appear in Ivan Reitman’s Ghostbusters, as well as Eddie Murphy who turned down the role to star in Beverly Hills Cop.

After four parts of Police Academy, the actor categorically refused to shoot in the continuation, deciding to play serious dramatic characters. He appeared as Terry Lambert in Curtis Hanson's crime thriller The Bedroom Window with Isabelle Huppert and Elizabeth McGovern. Steve's hero is a young architect who has started a romance with his boss's wife.

The woman accidentally sees a maniac attacking another victim. During the investigation, Terry claims that he was the witness not to compromise his mistress, but he suddenly becomes the main suspect. Unexpectedly, the victim who has survived the attack helps them.

In 1987, for unknown reasons, Steve turned down the role in Penny Marshall’s comedy Big. The film eventually made eight times its production budget, received the Academy Award and Golden Globe nomination, won the Grand Jury Prize at the Venice Film Festival, and made the lead star, Tom Hanks, famous.

But Guttenberg starred in the classic comedy genre, a remake of the French comedy Three Men and a Baby. It is a funny story about friends, leading a lavish, unencumbered life, and one day they find a 6-month-old baby and must take care of her, so they have to learn the duties of a nanny. The sequel Three Men and a Little Lady was no less entertaining.

The light melodrama It Takes Two also focused on kids and a family. The film featured Steve, Kirstie Alley, Mary-Kate, and Ashley Olsen.

In 1997, Guttenberg made another attempt to play in a more serious genre, portraying journalist Crocker in the thriller Tower of Terror. However, the change of genres was not entirely successful, because the TV movie began with a tragedy, but it told about ghosts and witchcraft with a bit of humor.

The new century was marked by the roles in the drama action movie The Poseidon Adventure, the teen series Veronica Mars, in which Paris Hilton, Charisma Carpenter and Lucy Lawless also appeared. In 2002, the actor shot the project P.S. Your Cat Is Dead!.

In 2015, Steve met Police Academy colleagues, Leslie Easterbrook, Marion Ramsey, and Michael Winslow, again in the disaster movie Lavalantula about giant spiders. A year later, on Instagram, the actor posted a poster of the second part of the film.

In 1988, Steve married the actress and model, Denise Bixler, and four years later he broke up with his wife. Guttenberg had a romantic relationship with Anna Gilligan, a reporter and producer of Fox 5, and Sabrina Guinness, a representative of the famous Irish family. Reporters also wrote about his love affairs with actress Jill Martin and model Yasmine Bleeth.

On Christmas Eve 2017, the actor announced an engagement to the New York Post journalist and CBS television reporter, Emily Smith.

In 2000, the actor founded his own production company, Mr. Kirby Productions. Guttenberg did not follow the tradition and did not name the company after himself. So, it has the name of his favorite drama teacher.

Steve is interested in theatrical productions. In his free time, he likes surfing, playing golf, or walking his favorite Labrador Retriever. The actor who received a star on the Hollywood Walk of Fame wrote the book "The Guttenberg Bible," in which he described the first ten years in Hollywood in a funny manner.

Besides, the Hollywood celebrity does charity work. Guttenberg financed the construction of a residential complex for children who left orphanages. He worked as a volunteer to help the people of Houston who suffered from Hurricane Katrina.

In 2017, Steve pleased his fans with new projects. In the comedy Ballers, Guttenberg’s partners were Dwayne Johnson, Rob Corddry, Andy Garcia. The same year, the movie Lez Bomb was released, telling about a lesbian who dared come out on Thanksgiving Day.

The popular actor starred in the Turkish comedy Ay Lav Yu Tuu and the drama After Party of independent director Amos Posner.

The film Chasing the Blues goes through the post-production stage in 2018. It is a comedy, which also stars Jon Lovitz, Anna Maria Horsford, and Grant Rosenmeyer.

Steve Guttenberg has a net worth of $15 million.