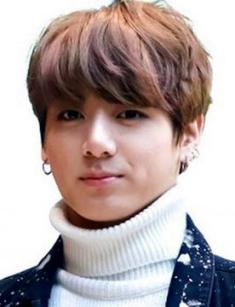 In the late 1990s, the whole world found out about the Hallyu phenomenon, or the Korean Wave, which emerged due to the spread of previously unknown Asian pop culture through Internet resources and social media.

The republic has become a significant source of pop culture, film, and television products and continued to develop, sponsoring and promoting young performers with the support of the government. One of these talented artists is a member of the popular band BTS, a young musician, dancer, producer, and songwriter Jeon Jung-kook, also known as Idol Kuki and Golden Maknae.

Jeon Jung-kook, better known as Jungkook, was born in the South Korean city of Busan in the family of an athlete and professional bowling player, on September 1, 1997. In childhood, the boy became interested in badminton, dreaming of following in his father’s footsteps, but soon stopped playing it, realizing that in the future he was unlikely to gain recognition in this sphere.

Thanks to his mother, who was interested in painting and spent a lot of time watching television, Jeon began to think about the profession connected with art. So, having listened to the songs of the famous rapper Kwon Ji-yong, who also known by his stage name G-Dragon, he finally decided to become a singer.

Having graduated from Middle School in Busan and Singu Middle School in Seoul, Jungkook followed the example of his idol and went to the TV talent show Superstar K. Although the judges gave preference to another participant, the teenager received offers from several entertainment companies and eventually chose Big Hit Entertainment, which was promoting the future BTS member Kim Nam-joon, known as RM.

At the same time, he made his debut, appearing in the music video of the leader of the boy band 2AM, Jo Kwon, and then worked as a backup dancer for the group Glam for a while and studied at Seoul's School of Performing Arts. The young man refused to continue his education at the university due to the busy schedule. However, later, he enrolled in the distance learning course at the university, alongside other participants of the boy band BTS.

While cooperating with Big Hit Entertainment, in 2013, Jeon Jung-kook became Maknae, the youngest member of the South Korean idol band BTS and participated in the recording of the debut single "2 Cool 4 Skool". Senior bandmates such as the leader RM and singers, Jin, Min Yoon-gi, J-Hope, Kim Tae-hyung, and Jimin, took the newcomer under the patronage and helped him improve singing and acting skills.

Later, the producer and comrades entrusted Jungkook to write and perform a solo song “Wings” for the 2016 album. The young man told about the creation of the group and his desire to become rich and famous in the biographical pop song "Begin."

The next solo was the track "Euphoria," initially created for the short film Euphoria: Theme of Love Yourself Wonder, and then included in the third BTS studio album, Love Yourself: Answer.

The composition, produced by Canadian DJ Swivel, turned out to be successful and charted on the Gaon Digital Chart for 13 weeks. Besides, it appeared on the Billboard charts but charted at number five on the Billboard Bubbling Under Hot 100 Singles chart.

While participating in the band's concerts and creating songs for the BTS albums, Jungkook worked on his projects, including the participation in the "One Dream, One Korea" campaign and recording a song dedicated to the victims of the Korean War. Besides, the young performer has successfully released covers on the tracks of foreign idols, mainly the songs of Justin Bieber, David Guetta, Adam Levine, and Tori Kelly.

In 2016, the artist appeared in several dramas on the YouTube channel, a pilot episode of the adventure reality show Flower Crew, and the fashion TV project Celebrity Bromance. After a while, Jungkook competed with other musicians in King of Mask Singer under the name "Fencing Man."

While working with the band, Jeon became a producer of several BTS songs. In 2018, the young singer was appointed an honorary director of the band’s concert show entitled Love Yourself: Answer.

In autumn 2018, Jeon and other BTS members were ordained with the fifth-class Hwagwan Order of Cultural Merit by the President of South Korea. Around the same time, Jungkook performed at the MBC Plus X Genie Music Awards ceremony, where he and American pop singer Charlie Puth sang the latter’s hit entitled "We Don't Talk Anymore."

Having appeared on the stage, Jungkook immediately won the hearts of thousands of female fans around the world. His career and personal life have become the subject of heated debate and overgrown with rumors based on Instagram pages and other social networks.

For example, a video of the singer kissing Kim Tae-hyun, one of the BTS members, gave reason to talk about the idols’ sexual orientation, and the photos with Ko Seohyun, a Cube Entertainment singer, convinced Internet users that the beautiful young lady was Jeon's girlfriend.

In general, jealous fans have considered every pretty lady that has appeared together with the pop singer to be his girlfriend. There were similar rumors about Jungkook’s relationship with Park Chaeyoung, who was an intern at Big Hit, then with the Lovelyz lead singer, Yein.

The singer says that it is too early for him to have a wife and children, and these women are just close friends and business colleagues.

Nevertheless, the press continues to spread rumors about Jungkook’s love affairs, and they think that an ordinary Korean schoolgirl, Lalisu Manoban, is his latest girlfriend.

Jungkook has reportedly earned a large amount of money and purchased apartments at the famous “Seoul Forest Trimage” in January 2019. The apartment is 742 sq.ft. (69.7 sq.m.) and cost $ 1.75 million

The fact that the singer has bought a house without credits and loans proves that he is going to continue his career in the BTS.

Jeon is now at the height of fame and ranks high on the Asian celebrities list, published on Hi China.

Jeon Jung-kook has a net worth of $8 Million.