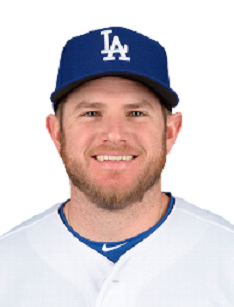 Born in Midland, Max Muncy started his professional baseball career in MLB in 2015, as a player of Oakland Athletics, which selected him on 2012 Draft. Max was playing for them in 2015 – 2016, and joined the Dodgers in 2018. He plays at a first, second, and third baseman positions. Muncy has an estimated net worth of $2 million, including all of his properties and earnings. He earns an annual income of $550,000. Max recently bought a brand new GMC luxury car for $50,000.

Max is the native of Midland. He was born there on August 25, 1990. He was brought up in a middle-class family, and has been in love with the game of baseball all his life.

Max could start his career in MLB earlier in 2009 when he was drafted by the Cleveland Indians, at the 41st number on the draft. He was 18 years old and had just graduated from Keller High School. That was a significant event for Max and a fitting endorsement of an excellent high school baseball career.

However, Max received the other offer from Baylor University’s baseball team. He decided to go to college, which allowed Max to study and improve his batting and throwing skills as a baseballer. After the excitement of the draft died down, he took the scholarship and started getting ready to go to Waco.

Max’s play at college was recognized by many awards. In his sophomore and junior years, he began getting in the Big 12 record book with his fielding numbers. In 2010 he was a Louisville Slugger Freshman All-American. In 2011 he made the All-Big-12 Conference First Team. As a freshman, he broke records for number of home runs, RBIs, multi-RBI games, total fielding chances, and putouts.

Muncy was selected in the fifth round of 2012 MLB Draft by the Oakland Athletics. He was the first Baylor player to be drafted by the Athletics since Trent Weaver went in the 1989 draft. Max spent 2012 season in Class A Burlington, Iowa. His stats in 64 games were 63 hits in 229 at-bats for a .274 batting average.

Spent three years in Minor league, Max made his MLB debut in April 2015, when Ben Zobrist was placed on the 15-day injury list with a left medial meniscus tear. The Athletics selected the contract of Muncy from Triple-A Nashville. In a month Muncy made his first home run. In 2016 Max played both for Nashville and Oakland. Athletics released Muncy at the end of Spring Training in 2017, and the Dodgers signed him as a free agent shortly after as a utility man.

The Dodgers signed Muncy to a minor league contract in April, 2017. The baseballer spent the whole season in the minor league, playing for the Dodgers’ Triple-A affiliate in Oklahoma City. The 2018 season he also started at Triple-A, before being called up by the Dodgers in April. Soon, Muncy reached the 20-mark in just his 183rd at-bat, making him the fastest to get there.

In three months Max received a chance to join starting his teammates in representing the Dodgers at the 2018 All-Star Game. He was one of five finalists vying for a berth on the National League All-Star team through the 2018 Camping World MLB Final Vote. Later MLB announced that Ross Stripling would be added to the National League roster, while Max Muncy became third in the Final Vote.

In April 2019, the Dodgers announced three new bobblehead giveaways for the 2019 season that were considered to become very popular among club’s fans. One of the new items was Muncy’s bobblehead. It is an integral part of fan culture and is typically the most sought after giveaways among the fans.

Although Dodgers were bad in defense at the beginning of 2019 season, Max wasn't backing down from Giants ace Madison Bumgarner on June 9, 2019. Muncy made a great comeback, launched a 426-foot dinger into the San Francisco Bay, and he knew it the moment he hit it. He walked out of the batter's box, and Madison took exception to that. Moments after the Dodgers beat the Giants 1-0, Muncy was asked about Bumgarner yelling at him on his first-inning solo homer into McCovey Cove.

"I hit the ball, and he yelled at me," Muncy told in the interview to Sportsnet. "He said, 'Don't watch the ball. You run.' And I just responded back, 'If you don't want me to watch the ball, you can go get it out of the ocean."

“It’s kind of everything to me,” Muncy said. “It’s a dream true. It’s something that I wouldn’t have thought would happen, but here we are.”

Muncy was one of the prominent players in the league when the original roster was unveiled. Roberts had strongly lobbied for Muncy. He lamented that the league’s decision to designate Muncy as a first baseman despite making more starts at second base, arguing it hurt Muncy’s chances.

“I think in this day of self-promotion and a lot of things that lead to the fans, and it’s not always about who is having the best first half,” Roberts said. “You look at all these statistics — WAR, OPS — to me, he deserves it.”

The Muncy’s selection became the next step in his rapid ascension in MLB.

In 2017, Max dropped to one knee and proposed to his girlfriend, Kellie Cline. Early in 2018, he put the following up on Instagram. Max tied the knot with Kellie in November 2018. His wife has been supported Max every stop of his way. And she’s proudly posted pictures of herself smiling with Max in the various uniforms, in the various stadiums.