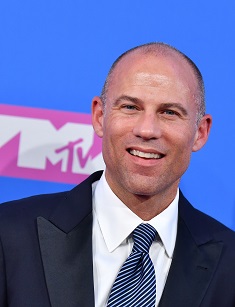 Michael Avenatti is an American attorney, famous for high-profile cases with celebrities and politicians included. Moreover, he is a skillful racer that made some great appearances on competitions in the U.S. and overseas, and is quite a good businessman that is capable of selling himself.

Avenatti was born on the 16th of February, 1971, in Sacramento, California. However, he spent his early years moving around the country due to his father’s job, who was an executive manager for Anheuser-Busch, a brewing company.

Little is known about his parents, but rumor has it that neither of them had any college degree.

Michael had a chance to settle down and graduate from Parkway Central High School in 1989, which was in Chesterfield, a little town near St. Louis, Missouri. First, he attended Saint Louis University, but aimed higher and transferred to the University of Pennsylvania. He obtained his B.A. degree in 1996, qualified as a political scientist. While getting an education, Avenatti was practicing at a political consulting firm of Rahm Emmanuel, a prominent Democrat, currently serving as the mayor of Chicago.

Avenatti continued his studies in George Washington University Law School and excelled there, being the first in class and a member of the Order of the Coif. He achieved a Juris Doctor degree in 2000 and again combined education and work, helping Professor Jonathan Turley on some issues connected with the FISA, a law that regulates surveillance in order to prevent terrorism.

Michael was an incredibly brilliant student in GW, so the School even introduced an award named after him for all notable members of the senior class. One has to show the best scores in pre-trial and trial advocacy.

As it was stated before, Avenatti started his career path under the guidance of Rahm Emmanuel. A young man, without any degree at that time, was a part of the Research Group, occupied with opposition research. Numerous campaigns from all over the country used information processed by Avenatti.

After his second graduation, a budding attorney moved to Los Angeles and was hired by O'Melveny & Myers, an international law firm with a long history. He met a partner of the firm, Daniel M. Petrocelli, who is notorious for a wrongful death sentence. They worked together and dealt with plentiful problems, for instance, the ones of Christina Aguilera and those of the band the Eagles. Avenatti didn’t specialize in something and handled various situations, including the one with the movie K-19: The Widowmaker. The film was based on a true story of the nuclear submarine, but its crew couldn’t agree with the script since it was more fictional than real. The attorney successfully solved the case.

Afterward, Avenatti teamed up with other advocates in Greene Broillet & Wheeler, a boutique law firm. Usually, such organizations choose one or a few areas of expertise and practice within them. There Michael Avenatti began settling noteworthy cases and earning top dollar. He handled an attempt of defamation against Paris Hilton, which was worth $10 million, won a TV show lawsuit against future U.S. President Donald Trump and also solved a $40 million case. As a reminding, a typical fee for a winning attorney equals one-third of the agreement price.

In 2007 Michael Avenatti established his own firm, Eagan Avenatti, LLP, but the idea didn’t work out in the end. Since foundation, the owner of the firm got a name for himself in big-money cases including a well-known international corporation Kimberley-Clark. However, his luck ran out, and Avenatti was later on followed by the court since he was dodging taxes both personal and those of his firm. Eagan Avenatti, LLP was also evicted from its former office due to a huge rent debt. Carrying on a tricky business is never a good idea.

The other shady enterprise was Avenatti’s attempt of buying Tully’s Coffee since the brand was on the edge of bankruptcy. Patrick Dempsey received a proposal of cooperation in such venture, but withdrew it and was right because afterward a renamed company was implicated in lots of suits, all of them connected with unpaid money.

Avenatti was taking an active part in Brett Kavanaugh’s cases and was defending Julie Swetnick, who was the third woman to report on sexual abuse from the Associate Justice.

In June 2018, he also presented a video disgracing the Trump administration family separation policy, which showed an immigrant child being taken away from her mother.

Avenatti’s desire for speed has formed thanks to his childhood experience. Back then, while his family lived in central states, Michael was taken to the race tracks by his father. The boy started to long for adrenaline and later joined professional sports car races as an adult. Such hobby (or it can’t be called that since Avenatti performs like a pro) perfectly correlates with the attorney’s character, since racing is about pressure, risk, and demonstrating skills. Well, pretty like defence on a court hearing.

He took part in approximately 33 races, including European and American ones. Avenatti’s major achievement is the seventh place on the 24 Hours of Le Mans (2015) as a part of the team with Abdulaziz bin Turki Al Saud and Jakub "Kuba" Giermaziak.

Avenatti has never been frightened away or averted by scandalous cases, always taking his shot. But Stormy Daniels lawsuit is something he gained real notoriety for.

The lawsuit included an adult film actress Daniels and Trump, a president-to-be, and stated an alleged affair between them. The attorney claimed (and, as referred, without any approval from his client) that a non-disclosure agreement signed in 2006 had to be abolished. The whole situation preceded the final days of the 2016 U.S. Presidential campaign and was widely discussed on Twitter.

The development of the case drew a lot of attention to Avenatti, which kept appearing on the news and kind of negative campaigning himself.

The attorney was arrested several times, for the first time in November 2018, for a domestic violence act. He was later discharged since the victim wasn’t identified and both of his ex-wives claimed that there wasn’t even one precedent for such behavior. Jacob Wohl, a fraudster, now banned from Twitter, gave himself away by posting a statement about the arrest only a couple of minutes later. This action practically pleaded him guilty.

Avenatti was involved in financial crimes too. Recently he was charged for an exaction from Nike and now a colossal complaint featuring his fraud attempts is being investigated.

Avenatti met his first wife, Christine Carlin when he was studying at The University of Pennsylvania. They got married, spent 13 years together and had two daughters.

In 2011 Lisa Storie became his next spouse. Michael and Lisa had a son and led a kind of a wealthy lifestyle; however, this marriage ended in 2018. Storie was a very independent woman with her own business and points of view. She is still a top manager and an owner of an apparel company, called Ikaria Resort Wear Company. The divorce was obtained in accordance with all the acts of legislation, which is no surprise with such a husband.

Avenatti has a net worth of $20 million, but could he be taking a professional and financial hit after recent events?