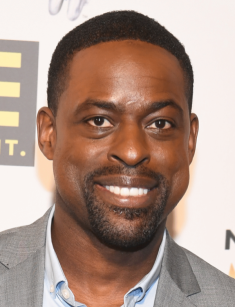 He is an American actor who has a prolific career on the big screen, as well as on the small screen. Sterling proved to be a very talented actor, who received several significant awards for his participation in dramatic movies and T.V. series. His guest appearance was also repeatedly highly appreciated. Besides his successful career, he managed to mix work and personal life and found his love on the set. Today we also can call him an influential internet personality, as his account on Instagram garnered more than one million subscribers.

He was born into a large family in Missouri. Sterling decided to take the name Kelby when he attended the kindergarten. He said mom that Kelby was shorter and more suitable for him. The little boy also promised to take name Sterling when he would be sixteen. The actor confessed that he didn't remember this conversation.

As to education, he attended the independent school in Missouri and then took a degree in acting at Standford University in 1998. Sterling wanted to take a degree in economics to do business but fell in love with acting. He also has got a master's degree in Fine Arts.

In his childhood, he admired the T.V. series "NYPD Blue," later, the actor said this series inspired him to become an actor.

After his college graduation, Sterling worked at the regional theatres. However, the success came to him not at once. Before his career began starting, Sterling worked as a dishwasher and did other odd work. His debut role in the feature movie happened in 2002 on "Brown Sugar" then. He became more popular after an appearance on several T.V. series, including "Supernatural" and "Third Watch," where he worked alongside Ewan McGregor and David Duchovny.

He played the vampire in the T.V. series "Supernatural" and Dr. Burton in "Army Wives." All those works were highly appreciated, but he achieved the most significant success after the role of Christopher Darden in the American Crime Story. For that work, he took prestigious accolades as an outstanding supportive actor.

The actor received the other wave of attention and fame after an appearance in movies, "The Suspect" and "Hotel Artemis" among them. He also featured on "Black Panther" alongside the star of "Cosby Show," Rashad interestingly that the actor let slip and revealed the actress' participation in this movie.

He also took his lucky ticket on the stage. In 2002 he participated in the performance "The Resistible Rise of Arturo Ui," which gathered a real star cast. Sterling worked alongside Al Pacino, John Goodman, and Paul Giamatti.

In 2016 he joined the cast of the new drama series "This Is U.S." Sterling's play was critically recognized, and he became the first African actor who took Golden Globe in the category "the best actor in T.V. drama."

In recent years Sterling episodically appeared on the number of T.V. series, voiced animated musical fantasy, was on the "Sesame Street."

For his long term career, Sterling gave numerous interviews and appeared on several talk shows on T.V. as well as on the Internet. Thus he shared his secret of impressive shape in an exclusive video, where the actor showed the vital elements of his workout.

Besides, he appeared on several commercials, among them one of the most famous is "About Explore St. Louis".

In 2007 he had a romance with his college sweetheart Ryan Michelle Bathe which ended with their marriage. The couple is happily married and has sot two sons.

Interestingly that the actor proved to be exceptionally sentimental; he repeatedly cried on the award ceremony when he took prestigious accolades. The actor's speech on the celebration of Emmy Award became widely popular: "It feels like a strange thing to say, but you try to reap what you sow, and I try to put good vibes out into the world - and I thought they all came flooding back to me at that one time."

He keeps a friendly relationship with the actor Francois Battiste. His net worth is about $4 million.

As a talented actor, a family man and sports enthusiast, Sterling always has something interesting to share with his army of subscribers on Instagram. That's why he is so demanded - Brown has more than one million subscribers.

In 2018 the actor released the book "Rocks!" which includes his diary journal notebook.