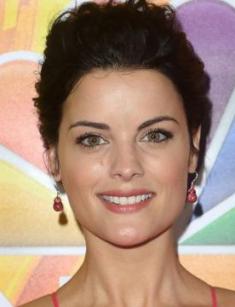 Marvel movies, such as Avengers: Endgame, are getting more and more popular today; they bring much popularity to its actors. The beginning artist Jaimie Alexander has become one of the lucky.

Jaimie Lauren Tarbush was born on March 12, 1984, in Greenville, South Carolina. The would-be actress spent her childhood in provincial Grapevine, Texas, where the family moved four years after the girl was born. Jaimie received her education at Colleyville Heritage High School. All in all, there is little information about her family, except for the fact that she has a little niece.

The future star went to a drama club, but she was expelled because she had no singing abilities. The girl took up martial arts then, which made her body athletic and slim. At the age of 17, Tarbush stood in for her friend during the auditions and met her future manager, who began to promote the young talent in Hollywood.

As soon as the woman graduated from school, she went to Los Angeles to become an actress. She debuted on the screen in 2004 in the movie Squirrel Trap, but it did not bring her much recognition. Two years later, Jaimie had two new offers: John Shiban’s horror Rest Stop and the thriller The Other Side.

It was an accident that Alexander received the role of Hanna Thompson. She read men’s parts during the auditions and impressed the director Gregg Bishop so much that he immediately invited her.

In 2007-2015, the actress actively participated in TV series. The collaboration with Matt Dallas in the sci-fi series Kyle XY was especially successful; the actors personified teenagers with superpowers. In 2008, Alexander was nominated for the Saturn Award for Best Supporting Actress on Television.

Marvel’s movie hit Thor (2011) and its sequel gave the most famous role of Sif. Some fans believed the woman was dating Tom Hiddleston while the paparazzi suspected him of being gay.

In 2013, one could see Jaimie in The Last Stand with Arnold Schwarzenegger. Since 2015, she has been working on the series Blindspot. The actress had to have many pictures on her body: her characters could boast many tattoos, according to the script. Alexander shocked many people when she appeared at the premiere of the movie: her sexy Azzaro dress hardly covered her breasts.

Following the series Kyle XY, journalists claimed the lead actors were dating – or, at least, sleeping together. However, Matt Dallas came out as gay soon. The musician Blue Hamilton became the actor’s boyfriend in 2013; the couple married officially two years later.

In 2012, Jaimie Alexander began to date the actor Peter Facinelli, who had just broken up with the mother of his three children, the actress Jennifer Eve Garth. Jaimie and Peter met at the movie set of Loosies in 2011. They announced their engagement in March 2015, but it was called off in the end. The official version was about different worldviews, but journalists say that the celebrities’ busy schedules led to many quarrels: none of them wanted to sacrifice their developing careers for family life.

The details of the actress’s personal life after the split-up are unknown. Judging by Instagram pictures, Jaimie Alexander promotes a healthy lifestyle: she posts photos of an omelet with arugula and recommends her followers to read Kelly LeVeque’s books on a healthy diet. At the same time, the artist does not mind relaxing with a glass of wine after work.

Alexander makes Halloween decorations and meets with her friends when she has some spare time. Besides, the woman often faces her fears: for example, she is afraid of flying but tried going by a seaplane. The celebrity likes to spend her vacation on islands, such as Capri, or continental Europe (Italy and other regions).

Today, there is a standstill in the actress’s life: she has had few projects, and her personal life gives no room for rumors. The woman and her ex-boyfriend went to a Cirque du Soleil show together, and the paparazzi cannot find any other information about her romances. The media also discussed the celebrity’s exposing dress at the premiere of Thor: The Dark World, but no other scandals have followed.

The artist frequently shares some photos from her daily routine and moments with colleagues and friends. She continues to work on the series Blindspot. In spring 2019, the woman had ACL surgery; she recovered by summer.

Jaimie Alexander’s net worth is estimated at $4 million in 2019.