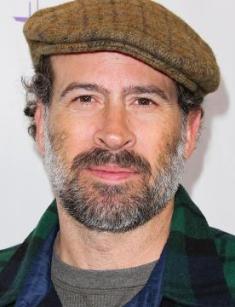 The Hollywood actor Jason Lee became famous for his roles in the movie A Guy Thing and the comedy series My Name Is Earl. He does not limit his activities to television and cinematography: the former professional skateboarder owns a restaurant and has a share in a company producing sports clothes and equipment. The man is also fond of photography and produces instant photo albums.

Jason Michael Lee was born on April 25, 1970, in Santa Ana, California. His father, Gregor, worked as a car dealer; the mother, Carol, was a housewife. Little Jason grew up with a brother, James. The would-be star attended the Ocean View middle school and took an interest in extreme sports; he participated in teenage skateboard competitions.

In the late 1980s, the young man performed the 360 flip and joined the professional athletes’ league; he founded the company Stereo Sound producing skateboard decks along with his colleague Chris “Dune” Pastras.

Outstanding tricks brought young Lee to a commercial for Blind Skateboards and opened the road to cinematography as well. In 1992-1994, the actor had several secondary parts, including the music video “100%” of the American group Sonic Youth and Allison Anders’s Mi Vida Loca. Since that time, Jason left the professional skateboarding and decided to focus on acting.

In the mid-1990s, the artist met the director Kevin Smith and suddenly received the lead part in the comedy Mallrats. He personified a young nerd, Brodie, who kept finding himself in absurd situations all the time but eventually made his dream come true and began to host an evening TV show.

Kevin and Jason collaborated again in Chasing Amy. The story about the friends, who are creating comics and court a lesbian, proved to be more popular, and Lee gained the Independent Spirit Award Best Supporting Male in 1998.

Thanks to Smith, the artist’s filmography was expanding quickly. In the 1990s-early 2000s, the comedies Dogma, Jay and Silent Bob Strike Back, and the TV series Kissing a Fool were released. In addition, fans could see their favorite in episodes of Vanilla Sky by Cameron Crowe and Enemy of the State by Tony Scott.

2001 brought the first lead part in the adventure melodrama Heartbreakers. The man played Jack Withrowe, the fan of the swindler Page Conners (Jennifer Love Hewitt). The project gave Lee pretty much money and became a significant item in his filmography, along with the youth comedy A Guy Thing.

When Jason got tired of funny losers, the director Lawrence Kasdan offered him a part in the fantastic thriller Dreamcatcher based on Stephen King’s novel under the same title. Although the movie failed and endured many negative reviews, the collaboration with Morgan Freeman and Thomas Jane proved to be a valuable experience.

Greg Garcia’s series My Name Is Earl marked the comeback to the comedy genre. Before Lee agreed to play a fraud trying to make amends for his old sins, he rejected the director’s offer twice: the man doubted the role would suit him.

The show was immensely popular; NBC channel broadcast it for four seasons. The series brought Jason the nomination for the Golden Globe and Screen Actors Guild Award for Outstanding Performance by a Male Actor in a Comedy Series.

As My Name Is Earl was aired, the artist enlarged his role specification and voiced animated picture characters. In the 2000s, he worked on The Incredibles, Monster House, and Seth MacFarlane’s iconic sitcom American Dad!

In 2009-2015, the audience could enjoy three more movies about the composer Dave Seville and his pet trio. Although movie experts’ reviews were mostly negative, the audience liked them; all pictures grossed a lot.

Charming and athletic, the man has never lacked women’s attention.

In 1995, Jason married a photographer and actress Carmen Llywelyn, who appeared in Jay and Silent Bob Strike Back. The couple’s life together seemed peaceful and happy, but Scientology turned out to be the rock on which they split. In the 1990s, Jason took an interest in the new, fashionable religious movement, but Carmen refused to join it and started reading books on anti-Scientology. Thus, the spouses divorced.

On the surface, Lee went through the separation without many emotions. In the early 2000s, he got engaged to the actress Jean Riesgraf famous for the series My Name Is Earl. In 2003, the lovers’ son Pilot Inspektor was born; the boy received his weird name after the song of the indie-rock group Grandaddy. Nevertheless, the relationship never ended up with a marriage.

In 2008, Lee married a young woman named Ceren Alkac. Two children have been born in this union: the daughter Casper and the son Sonny.

In 2016, Lee recanted scientology. The spouses have given their vows again; friends and family were present at the ceremony. Today, Jason and Ceren live in Denton, Texas.

Jay and Silent Bob Reboot will be premiered in October 2019.