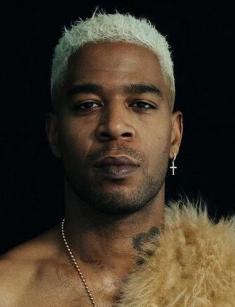 Kid Cudi is an American singer, rapper, songwriter and music producer. Rap is his preferred genre. He has become known for his extraordinary approach to hip-hop and due to this he has earned respect of big world rappers.

His mom, Elsie, is a choir teacher of African-American origin.

His dad's name was Lindberg Styles. He was of African-American and Mexican origin. Lindberg was a war veteran, a teacher and a house painter. He passed away because of cancer when Scott was 11 years old.

Scott's parents used to fight a lot over petty issues, which traumatized him. This is why many of his songs, such as Rose Golden, are about mental health issues and self-analysis.

He's the youngest kid of four. His sister's name is Maisha. His brothers' names are Domingo and Dean.

Speaking about faith, he confesses he's spiritual but not religious.

Initially, Scott wasn't thinking of making a music career seriously. He was rapping for fun.

In 2008, Kanye West noticed Kid Cudi and invited him to collaborate on an album as a vocalist and co-writer. Kanye signed the aspiring newcomer for his GOOD Music label.

Since then, Scott has released 8 studio albums and over 20 singles.

Scott has always wanted to become a filmmaker. He specialized in film studies at the university but dropped out in a year.

In 2009, he debuted on the screen in the How to Make It in America series. In 11 years, he launched the Mad Solar production company. You might have seen him in several TV shows, such as Brooklyn Nine-Nine.

The star has tried his hand at fashion and modeling. He has modeled for Calvin Klein, Coach, Cadillac and Louis Vuitton. He has released clothes, shoes and accessories together with BAPE, Adidas, Virgil Abloh, Off-White and NFL. In 2022, he launched a line of merchandise called Members of the RAGE.

From 2009 to 2012, Scott was in an on-and-off relationship with Jamie Baratta, an entertainment attorney. In 2010, the couple welcomed a daughter named Vada Wamwene.

Around 2020, he was dating Raquel Deriane, a costume designer and actress.

Plus, he has been nominated for a dozen of others for his singing and acting talents.