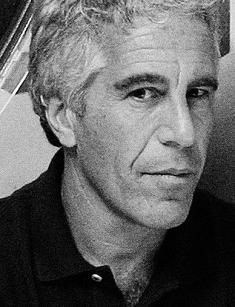 Jeffrey Epstein is an American financier, philanthropist, and, for what he became even more recognizable, registered sex offender. Because of his connections with the government, he received very “easy” punishment.

This man opened his own Financial Trust Company in 1982. At present, he lives on the Virgin Islands of the United States, where his firm is also situated.

Jeffrey was born in 1953 in Brooklyn, New York. There are no lots of facts about his childhood. He was raised in a Jewish family in Coney Island. In 1969 he graduated from the high school in Brooklyn, went to The Cooper Union for the Advancement of Science and Art and dropped out in two years after that. Then, he has studied Mathematics at New York University but didn’t get a degree.

Epstein's financial career started with a teaching job at Dalton School in Manhattan, where he taught calculus and physics in 1973 – 1975 years. One of his pupils was a son of Alan C. Greenberg, the president of the investment bank named Bear Stearns. So, Jeffrey began working there as a trader since 1976. In four years he has proved his professionalism and became a partner of this bank.

In 1982 Epstein already created his own financial company, J. Epstein & Co, where he was working with clients who had a net worth of more than $1 billion. Then, in 1996, the financier changed the name of the firm to the Financial Trust Company. It was situated on the island of St. Thomas in the U.S. Virgin Islands because it was more profitable regarding taxes.

The whole investigation began in 2005. The police in Palm Beach, Florida, received a call from a woman that told them about her stepdaughter at the age of fourteen being brought to Epstein’s house, where she was paid $300 and told to strip in front of Epstein and massage him. Eventually, the girl got undressed but left the house.

So the investigation by police and FBI started. Interviews with victims have shown that there were a lot of girls that were paid by Epstein and that most of them were underage. The search of Jeffrey’s mansion demonstrated that he had secret cameras here for filming sexual acts of young girls and some prominent people. The point is that Epstein provided his girls to some influential people, filmed it and then he could use such kind of video as blackmail. In 2015, it was found out that one of the visitors of Epstein's house was Prince Andrew, Duke of York, that fact was rather shocking. In the end, the FBI got reports from around thirty-six girls who had been complaining about Epstein. Do you think justice has been done? Let’s see.

The result of the inquiry was a federal accusation against Epstein. However, after all the deals with the government had been done, Epstein agreed to plead guilty for prostitution charges, make registration as a sex offender, and pay recompense to all victims identified by the FBI. So, J. Epstein escaped a prosecution that could have made him go to jail for the rest of his life. Jeffrey’s team of lawyers included Gerald Lefcourt, Alan Dershowitz, and Ken Starr.

In 2008, Jeffrey was sentenced to 18 months of imprisonment. He was supposed to go to the usual jail like other sex offenders, but instead, he was sent to the special wing of the Palm Beach County Stockade. Besides, he was allowed to work in his office for about twelve hours six days a week. After 13 months, he got released for a trial year. During this time he was able to go on trips by his private jet to the Virgin Islands and Manhattan, where he had his residence. After that year, he got the registration as a level three sex offender.

Epstein’s “punishment” has been a controversial topic for a long time. This theme was raised in the media, including popular journal, Vanity Fair. In the newspaper, Miami Herald, it was said that U.S. Attorney Acosta had given Epstein "the deal of a lifetime." Some individuals, institutions returned the money that Jeffrey had donated to them earlier. Michael Reiter, a former head of police in Palm Beach, complained to the state attorney Barry Krischer about the state's very odd conduct. At the beginning of 2019, U.S. District Court Judge Kenneth Marra stated that federal prosecutors hadn’t let the victims know before allowing Epstein to plead guilty only for one offense. The Judge considered it as a law violation and left the possible remedy open.

In 2010, there was an arrest of Epstein's former house manager, Alfredo Rodriguez, after it was found out that he had been trying to sell the journal with records of all Jeffrey's activities instead of going to the police. This material would be extremely useful for the case.

At the beginning of 2015 Virginia Roberts at the age of thirty-one filed a lawsuit against J. Epstein. She claimed that at the age of seventeen she had been Epstein's sex slave. She also was sexually abused by Prince Andrew, about which we’ve said before, and Alan Dershowitz, a professor at Harvard. Virginia thought that the FBI (Federal Bureau of Investigation) might have covered this case up. All three defendants denied this was happening. The BBC TV series Panorama was planning a detection of this roughhouse. However, these claims have not been tested in any law court.

Epstein supports education and science. In 2000 J. Epstein created the Jeffrey Epstein VI (VI is for the Virgin Islands) Foundation. Besides, he also sits on the board of the Mind, Brain and Behavior Committee at Harvard University. He established the Program for Evolutionary Dynamics at Harvard with a $30 million contribution. This program is about studying the evolution of molecular biology while using mathematics and also developing math models of human cancer cells and various viruses such as the human immunodeficiency viruses. It was created, generally, by Martin Nowak, the Professor of Biology and Mathematics at Harvard.

The Foundation is also famous for its huge amounts of funding that were given to some individual scientists: it has been giving around $200 million per one year. By the way, one of the foundation's board members was Cecile de Jongh, the wife of the Governor of the Virgin Islands, John de Jongh.

However, the measure of Jeffrey’s “philanthropy” remains to be unknown; his foundation is not so open, unlike other charities. In 2015 the Attorney General of New York was reported to try to get some information because this case is really unclear.

J. Epstein has various properties: a villa in Palm Beach, Florida, an apartment in Paris, France, a huge ranch with a mansion on the hills in Stanley, New Mexico. Other two residences are the most famous: his Manhattan house and the private island Little Saint James. The first one is situated near Fifth Avenue, and it is considered to be the biggest private residence in whole Manhattan. On the island, there is a temple-like structure, so it's sometimes called The Island Temple. By the way, its location is close to Jeffrey’s Financial Trust Company.

Jeffrey also owned a private jet, Boeing 727, by which he often traveled. It is known that on the board of his plane have been some prominent people such as Bill Clinton, Kevin Spacey, and Chris Tucker. Epstein’s jet had a nickname Lolita Express because of his accusations of sexual acts with girls who were under 18 years old. Jeffrey has also been friends with Prince Andrew, Woody Allen, and even President Donald Trump. By the way, Trump said about Epstein:

"I've known Jeff for fifteen years. Terrific guy. He's a lot of fun to be with. It is even said that he likes beautiful women as much as I do, and many of them are on the younger side."

Imagine, how horrible it is to be confused with a sex offender. There is a doctor who lives in Lakeland, Florida, and his name is also Jeffrey Epstein.