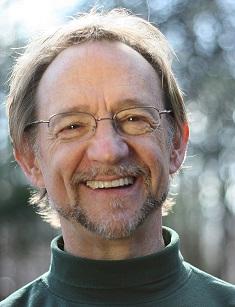 Peter Halsten Thorkelson was an American musician and actor. He is better known for his participation in the band, The Monkees. Other members were Micky Dolenz, Mike Nesmith, and Davy Jones.

Peter has started his musical career with performances as a folk musician in New York. He has only one solo studio album, named Stranger Things Have Happened.

Peter was born in Washington, D.C in 1942. He had Norwegian, German Jewish and Irish descent. When he was nine, he started learning how to play piano, banjo, bass, and guitar.

Tork graduated from high school in Connecticut and went to Carleton College. Then he moved to New York, participated in the folk music scene in the neighborhood of New York named Greenwich Village. There he became friends with another musician, Stephen Stills, who later would help him in the career.

In the 1960s, a new TV series about four musicians was supposed to be released. Peter was invited to the audition by his friend, Stephen Stills who didn’t pass the audition himself. Tork got the part and became the oldest member of the band named The Monkees. Even before that work, Peter was already an experienced musician. He played keyboards, bass guitar, harpsichord, and other instruments. After the release of the first season, guys understood that their arrangement should better change. For that moment, Nesmith was on guitar, Tork – on bass (and sometimes Jones), and Dolenz – on drums when Tork was better at guitar, Nesmith – at bass, Jones – at drums, and Dolenz could make the fronting role.

Tork has always hoped that their band would continue working together after work at the television series; however, they didn't have enough in common. Peter has made his contribution: he has co-written some songs such as For Pete's Sake and Lady's Baby and made amazing musical parts of Daydream Believer, and You Told Me.

When Tork became a part of The Monkees, he started getting a lot of help from his grandmother who was very supportive. She used to manage his fan club and go to the music stores to know if they got Monkees records.

The Monkees have produced six albums, and four of them were on No. 1 on the Billboard chart. Besides, they have had two years of TV series, lots of rather successful concert tours in the U.S. and also abroad, and a satirical movie, Head (1968), where they have starred. After returning from the Far East tour in 1968, they filmed an NBC TV special, 33⅓ Revolutions per Monkee.

In 1969 Tork stopped getting anything from work with the band and felt exhausted because of their schedule, so he bought the last four years of his contract for $160 000 and left the group. Nesmith gave Peter a watch with the signature "From the guys down at work." Dolenz commented that while three of them had played themselves (more or less) in the series, Tork was totally different. In real life, he was a serious person with always deep thoughts, and on the stage, he turned into a silly lovely guy. Actually, the band guys were rather close no matter what. As Tork says in one of his interviews, he thinks that “Micky's the best pal," and his "heart connection is biggest with Davy." They shared sweet secrets; for instance, Peter knew that Micky made hand tattoo which says “Mom” after his mother had died. Unfortunately, there are no photos of it; we consider it was Micky's secret tattoo.

In 1967 Peter’s playing was included in the movie, Wonderwall (1968), but it was not featured on the official Wonderwall Music soundtrack album (1968).

After leaving The Monkees, Peter formed a band on his own. He named it Peter Tork And/Or Release and invited Reine Stewart, his girlfriend for that moment, to play on drums, Riley Cummings – on bass, and Judy Mayhan sometimes sang and played on the keyboard. Tork has difficulties with leading his group, Stewart once said:

"We're like Peter's back-up band, except we happen to be a group instead of a back-up band."

There were also some difficulties with recognition. They were supposed to play as a backing band for Mayhan's solo album Moments (1970), but then they were replaced. The group created a possible soundtrack for Easy Rider (1969), but producers refused to take it. Eventually, Tork ran out of money; there was no possibility to contain the group, so Peter became a solo artist again.

The Breakthrough Influence Company which was supposed to be Peter’s record label didn’t launch at the end. In 1970 Tork sold his house and moved together with pregnant Reine Stewart to the apartment in the basement of David Crosby's (a singer and songwriter) house. In 1972 Peter was arrested for possession of hashish and spent three months in Oklahoma. Then he moved to Fairfax, California, joined the choir and played guitar for a band, Osceola. In the middle of 1970s, he came back to Southern California, got married, had a son and spent three years as a teacher of various subjects: music, math, social studies, French, etc.

In 1976 Tork joined Dolenz, Jones, Boyce, and Hart at the guest appearance in Disneyland during their concert tour. Then, he recorded the single Christmas Is My Time of Year together with Jones and Dolenz.

To the film world, Tork returned only in 2017 in the horror movie I Filmed Your Death.

In 1986 Peter joined Jones and Dolenz for a 20th-anniversary reunion tour which turned out very successful. They also recorded the single Pool It!. In ten years, there was a release of the album, Justus, which was the first work of all four members since 1968. In 1997 all of them had a concert in the U. K., however, for the next years, they had tours without Nesmith. In 2001 the guys split with a public conflict, but then, in 2011, reunited for some 45th-anniversary concert tours in the U. K. and the U. S. The Monkees’ tours occurred again in 2013, 2014 and 2016.

Besides having tours with the Monkees, Peter also created his own bands The Peter Tork Project and Shoe Suede Blues. The second one included original blues music and blues versions of some Monkees songs. In 1994, there was a release of his debut solo album, Stranger Things Have Happened, where also Micky Dolenz and Michael Nesmith appeared a little. Then, in two years, he worked together with James Lee Stanley on the album, Two Man Band. In 2001 they released another one, Once Again.

Peter got married four times: to Jody Babb, Reine Stewart, and Barbara Iannoli with whom he got divorced and to Pamela Grapes, who has been his spouse from 2014 until he was dead. Tork had three children with different wives: a daughter, Hallie, with Reine, a son, Ivan, with Barbara, and a daughter, Erica, with his former girlfriend, Tammy Sestak.

Peter Tork, as other Monkees’ members, was always considered as an attractive man, and there are a lot of pictures of him shirtless on the internet.

In March 2009 Peter found out about his health problems and announced that he had got diagnose of a rare form of cancer that concerns the area of head and neck, one of its names is malignant cylindroma. Tork was told that the prognosis is good, but he still was worried that this illness was so rare and there was not much knowledge about it. He underwent radiotherapy and then a rather successful surgery. But that year, in June, unfortunately, his cancer returned. When Peter was ill, and on medicaments, he anyway went to all concerts and tours.

In 2018 the illness returned again, and on February 21, 2019, Peter Tork died. When he was still alive, he shared his experience about the disease on Facebook and also supported Foundation that does research connected to this complicated illness.

By the way, after Peter’s death, on Twitter was announced that Tork wasn’t related to Eric Torkelson, who played for the Packers in the 1970s. It was thought so because Peter Tork's name from the birthday was Thorkelson

Peter Tork had a net worth of $4 million dollars at the time of his death in 2019.