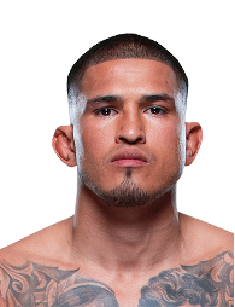 But what is the secret of Anthony Pettis? What makes people from around the world watch all his matches and look after his personal life? Let's know!

Anthony Pettis was born on 27 January 1987, in the southern Milwaukee, Wisconsin to Eugene Pettis, Jr. and Annette Garcia. The sportsman has a younger brother Reynaldo Pettis who is also a mixed martial artist. Pettits has Puerto Rican and Mexican roots. His grandfather, Eugene Perez changed the original surname Perez to avoid discrimination.

Pettis studied at Dominican High School. At the age of 15, due to the parents, the future sportsman started doing taekwondo and boxing. Being a College Student, he became interested in wrestling. By the age of 18, Anthony Pettis had already got a 3rd-degree black belt in taekwondo. Later he started training capoeira. From the very childhood, Pettis dreamt about an excellent career which would bring happiness to his family. However, a true life happened to be severe with him. On November 12, 2003, the tragedy occurred in his life: a robber killed his father to death at a friend's house.

His first professional MMA debut was in December 2017. His results were 8-0 in every fight held by Adam Sandoval and Duke Roufus. Later the sportsman made his World Extreme Cagefighting (WEC) debut and managed to win the Gladiator Fighting Series Lightweight Championship

The last Pettis' match before playing for the WEX was a short notice welterweight bout.

Also, in the past, the sportsman trained kickboxing professionally. Anthony's smooth and strategical fight style, athletics feast and willing to improve made him very famous in MMA

Pettis planned to make his WEC debut on April 5, 2009, in the fight against Anthony Njokuani. However, Anthony got a hand injury and had to quit. The government of WEC substituted the sportsman with Bart Palaszewski.

Later, after the recovery, he, at last, made a debut. He won Mike Campbell via first-round triangle choke.

Then he had to face Rob McCullough in WEC 44 on November 15, but got injured again and left the card.

The first professional Pettis' loss was on December, 19, in the fight against Bart Palaszewski.

The next fight brought him a victory: on March 6 he faced and defeated Danny Castillo. Pettis suffered almost no damage in the fight what demonstrates his perfect skills.

The sportsman's training for the match, his personal life and routine were later shown on the episode of MTV World of Jenks.

The next time Anthony Pettis faced the sportsman Shane Roller on August 18. It was a surprising match: Pettis used unordinary fights. Although the opposer was strong, Anthony defeated him.

In the last Pettis' match under the WEC, he faced Benson Henderson. The fight was tight: both sportsmen were professionals. However, Pettis showed his original ways of fighting again: in the fifth round, he ran up the cage, jumped off the cage, then landed a switch kick while airborne. It was subsequently called Showtime Kick by Media.

After the fight, Anthony was unanimously called the final WEC Lightweight Champion. The judges called their game Fight of the Night. Due to it, both sportsmen got extra $10,000

In October 2010, the World Extreme Cagefighting started partnering with Ultimate Fighting Championship (UFC). Because of it, many athletes, including Anthony Pettis, were transferred to the UFC

In his first UFC fights, Anthony was expected to face Frankie Edgar and Gray Maynard. However, both sportsmen got injured and the match was put off.

Pettis recovered from the knee injury faster than his opposer. As a result, he fought against Clay Guida on June 4, at The Ultimate Fighter 13 Finale. Despite Glay took Pettis down, Pettis demonstrated a perfect defense and the ability to control opposer's fights.

However, in the third round, Guida secured Pettis's back which was the reason for giving him the unanimous victory of the round

On October 8, Anthony Pettis faced Jeremy Stephens. The full fight provoked heated debates about who is the winner. Both opposers showed the professional skills, but, at last, Pettis in the 2nd round took Stephens down three times and was said to have won the match.

On February 25, Anthony fought against Joe Lauzon. There he got an undeniable win, having taken the opposer down in the 1st round.

Anthony Pettis spent more than eight months recovering from the injuries. That's why the next his match he has on January 26, 2013, in the UFC. Pettis was called the winner in the 1st round. After the fight, the sportsman earned Knockout of the Night honors. Dana White, the current President of the Ultimate Fighting Championship, said that the battle had been sold on Pettis

The next his fight was expected to be held on August 3. The sportsman planned to face José Aldo, but on June 14 Dana White announced Pettis' injury.

After recovering, the sportsman fought against Gilbert Melendez on December 6, 2014. Pettis won the match and became the first person to defeat such professional opponent as Melendez.

On March 14, 2015, Pettis fought against Rafael dos Anjos. Dos Anjos won the bout via unanimous decision in a dominant fashion.

On 10 December 2016, the fighter faced Max Holloway but lost the match.

On July 8, 2017, Pettis had a match against Jim Miller. Anthony won the fight by unanimous decision.

The fight between Anthony Pettis and Michael Chiesa was planned to be held on April 7, 2018, but it was canceled. 2 days before, Chiesa had got injured in the incident. Conor McGregor hurled a dolly through the window of the bus where Michael sat.

On 6 April 2018, Max Holloway was removed from the main event fight against Khabib Nurmagomedov. Pettis saw the opportunity to fight Nurmagomedov. He suggested his candidacy hoping to get $ 1,000,000, but UFC denied.

On October 6, 2018, Pettis had a fight against Tony Ferguson. Anthony lost it after two rounds.

On March 23, 2019, Anthony faced Stephen Thompson. It was Anthony's unanimous victory. Pettis became the first sportsman to knock out Thompson in his entire MMA and kickboxing career.

Along with business partners Duke Roufus and Scott Joffe, Pettis owns the Roufusport MMA Academy and the Showtime Sports Barin Milwaukee. He also holds the ASP Barbershop in Milwaukee.

Anthony has a daughter named Aria, born in July 2011 from his ex-girlfriend Alexandra, though she has not been his wife.

On December 2, 2013, Pettis received a Certificate of Achievement by the Governor of Wisconsin, Scott Walker.

On June 30, 2014, it was announced that Pettis signed a sponsorship deal with Reebok.

In the fall of 2014, Pettis was voted to be the first UFC champion to appear on the cover of General Mills' Wheaties box. The box appeared in stores in early 2015. When the box came out, Anthony Pettis had already lost his belt to dos Anjos.

On the site Sherdog there were published several of Pettis' records:

The ranking of his fights is astonishing: the sportsman had 22 wins and only eight losses.