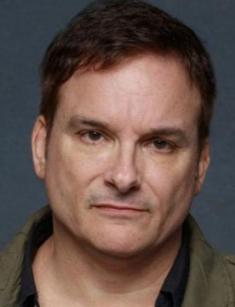 He has been recognized as the highest-paid screenwriter in Hollywood twice. Shane made his directorial debut with the film Kiss Kiss Bang Bang (2005). As of 2018, his film Iron Man 3 ranks as the fifteenth highest-grossing film of all time worldwide.

Shane Black was born on December 16, 1961, in Pittsburgh, Pennsylvania, to Patricia Ann James and Paul Black. He is the youngest of two sons; his older brother is Terry. The father owned a printing business and was a big fan of books. The son inherited a passion for reading, from early childhood he became acquainted with literature. Sometimes the boy read adult novels, for example, the books of Mickey Spillane and Donald Hamilton.

In Paul's printing house, young Shane enjoyed watching books and magazines production. The Black family moved to Fullerton, California, where the boy graduated from Sunny Hills High School. He spent his free time in the library, instead of playing with friends.

Like all young people in the sunniest state of America, Shane dreamed of becoming an actor. He entered the film and theater department of the University of California and studied with Tim Robbins, Paul Townsend, Delia Frankel. During his studies, he created comics, wrote short stories, was engaged in journalism.

In the final year, the young man tried to find work as an actor. After graduating from university, Shane worked as a typist, a data entry clerk for the 1984 Summer Olympics in Los Angeles, and an usher in a Westwood movie theater.

Shane co-wrote with university friend Fred Dekker his first script for the fantasy thriller The Shadow Company for six months, and his parents supported the talented man financially. He showed the work to the heads of several studios, and it eventually attracted 20th Century Fox executives, who were also interested in Black.

Shane Black made his feature film debut in 1987, writing the script for the movie Lethal Weapon, starring Mel Gibson. He completed the work for Warner Bros. for six weeks and earned $250,000.

The same year, Black tried his hand at acting, playing with Arnold Schwarzenegger in the fantasy action movie Predator, in which he landed a minor role of Rick Hawkins. Since then, Shane has appeared in five films and two episodes of the television series Dark Justice. Besides, in 1987, he and Fred Dekker wrote the script for the film The Monster Squad.

Soon Warner Bros. requested Black to write the continuation of Lethal Weapon. They did not approve the first draft titled Play Dirty since it was dark and had taboo language. Moreover, the title character Martin Riggs died at the end of the film. As a result, the production took the draft, co-written with Warren Murphy. They earned $250,000, but this time, Black received only half of the payment.

Then, Shane had a two-year career break, after which the screenwriter brought an idea to life that emerged during the production of Lethal Weapon 2. It turned into the 1991 film The Last Boy Scout and earned Black $1.75 million.

In 1993, the screenwriter earned one more million for his rewrite of Last Action Hero. He set a record, receiving $4 million for writing The Long Kiss Goodnight in 1994.

From 1991 to 1996, Black was the highest-paid screenwriter in Hollywood. After that, there was a calm period, which lasted ten years. In 2005, Black made his directorial debut with the film Kiss Kiss Bang Bang. Later, in 2013, Shane released in collaboration with Drew Pearce the third part of the story about Iron Man, which became the 15th highest-grossing film of all time.

In 2016, Black directed the sitcom The Nice Guys, starring Russell Crowe and Ryan Gosling. In June 2014, it was announced that Black would co-write with Fred Dekker and direct the next movie in the Predator film series, which was released in September 2018.

Shane Black's personal life consists of ups and downs. In his youth, he lived in a bungalow in East Los Angeles with friends, famous cinematographers David Silverman, David Solomon, Jim Herzfeld. He has known David Fincher.

A successful debut in the film industry was followed by a year of depression from 1987 to 1988. Millions did not work in the director's favor as he had drinking and drug problem, held endless parties in a mansion in Hancock Park. The screenwriter applied to lawyers who settled problems with abandoned girlfriends.

In 2009, Black's ex-girlfriend filed an assault lawsuit against him, accusing him of beating and attempted murder. In response, the director said that the girlfriend was under the influence of drugs. After this scandal, Shane decided to live alone. He changed his way of life, backed off on parties and everything connected with them.

After a run of bad luck, a loyal friend, the Staffordshire Terrier, appeared in the life of the director. Shane regularly posts the dog's photos on his Instagram page. On Twitter, Black shares pet adoption advertisements.

Black has a daughter, Lindsay and a grandson of Koen.

In 2018, Shane Black released The Predator. The director had said in an interview before the premiere that he was a fan of the franchise, and the film was made for similar people.

Nowadays, he plans to work on the project Doc Savage, the film adaptation of novels about the Man of Bronze. Dwayne Johnson has played the leading role in the film.

Shane Black has a net worth of $16 million.