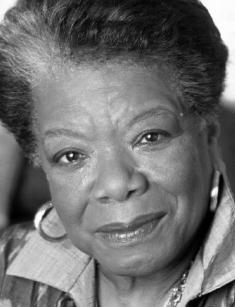 Maya Angelou’s difficult early childhood influenced her future life hugely. Having become a victim of sexual abuse as a kid, she decided to dedicate herself to fighting for women’s rights as an adult. Besides, Angelou gained popularity and millions of fans for her sincere autobiographies where she shared with readers the most innermost secrets of her life. It’s high time we got acquainted with Angelou’s life story right now!

Maya Angelou's parents are spouses Bailey and Vivian Johnson. Speaking about their occupations, the two were linked to the world of medicine. Maya was raised alongside an older sibling named Bailey Jr. Being children, they had to get through their parents' divorce. As a result, they lived some time with one of their grandmothers. Remarkably, that historical period of time was named 'Great Depression.' However, the crisis didn't influence Maya's family – their ancestors owned a grocery store.

In the 1930s, Maya and her brother moved to their mother's home. By the moment she had already found a new man, and they started living together. In her future admissions, Angelou shared she had suffered sexual abuse from her mom's boyfriend named Freeman. According to her, she had told everything her brother and the boy, in his turn, said it their mother. As a result, Freeman got arrested for only 24 hours. However, the kids reportedly wanted justice to be served. Several days later, the accused was found murdered, and the police failed to determine the killer. There is an idea it was a kid's uncle who killed Freeman.

Subsequently, Maya felt remorse, thought she became a cause of his death and stopped talking for near six years. Alongside Bailey, she moved to her grandmother's again. There she took literature lessons. She liked books by such writers as Shakespeare and Dickens.

Having turned 14, Angelou left for her mother's. Besides studying at an academy, the girl took odd jobs to earn some pocket money.

At the beginning of the 1950s, living in San Francisco, Angelou started taking dance lessons and met popular dancers of that time. Having shown her talents to them, she began being invited to various local concerts, performances. Angelou and Alvin Ailey, one of the professional performers, created a duo named 'Al and Rita.'

Shortly after, Angelou arranged a trip to New York to practice under guidance by an experienced African dance instructor. She spent there almost ten months, learning new movements and secrets of dance.

1954 was pretty prosperous for Maya in terms of developing her career. So, she was seen performing in numerous nightclubs in San Francisco. Around that time, she re-named herself to Maya Angelou – according to her, the name corresponded her identity of calypso performer.

The same year, she embarked on a tour around Europe alongside people performing in the musical Porgy and Bess. There is an interesting fact that traveling around different countries, Maya liked learning new languages – it was some kind of hobby for her.

1953 was marked by releasing of Angelou's first collection – it was named Miss Calypso. The project served as the basis of the movie entitled Calypso Heat Wave.

In 1959 the talented woman met John Killens, a prominent author. He offered her to join their alliance of writers, and she agreed.

In the 1960s she became interested in the struggle for civil rights. In 1961 she became a cast of the musical The Blacks. Besides, around that time Angelou began working in the magazine named The Arab Observer.

1962 brought Maya trip to Accra. Living there, she worked at a local university, taught human rights to students. Besides, there she got acquainted with Malcolm X, also concerned social activist. Together, they moved to America and launched the Organization of Afro-American Unity. Several months later, Malcolm was murdered, and Maya left for Hawaii to live with her sibling.

In 1968 one of Angelou's friends, Martin King, wanted to team up with her to arrange a meeting supporting human rights. However, it never happened cause the man was murdered on April 4 – it was Maya's birthday.

That year Angelou also presented a documentary series consisting of 10 episodes. The project was named Blacks, Blues, Black!. It tells the history of a music genre – Blues.

The following year, Angelou published her debut autobiographical book. She described there all the ordeals she met in the first 20 years of her life. The project happened to be one of the best-selling hits and brought Angelou popularity among readers. Some time later, she pleased her fans by releasing an album of poems and Letter to My Daughter, a novel.

In 1972 she took up writing a scenario for Georgia, Georgia. So, Angelou became the first woman of black skin who had created a movie scenario. In 1973 she was seen performing in the musical named Look Away.

1974 brought the celebrity her second autobiographical book. Like the first one, the project received mostly positive acclaim.

In 1977 Angelou was among the actors of the TV series named Roots. The same year, she was introduced to TV star Oprah Winfrey, and they cultivated close friendship with one another.

In the 1980s Angelou managed to work as a director of a play named Moon.

In 1993 Angelou was lucky to read out one of her poems entitled On the Pulse of Morning at the White House.

1996 brought the celebrity a music collection 'Been Found.'

In two years, Angelou had her second experience if directing a movie – she worked on the picture Down in the Delta.

In 2002 the woman's sixth autobiographical book and several cookbooks were seen on shelves of book stores.

As a 17-year-old girl, Angelou gave birth to her son named Clyde. As an adult, he re-named himself to Guy Johnson. Following his mother's footsteps, he decided to dedicate himself to writing.

In 1951 the woman tied the knot with Tosh Angelos. Although their marriage evoked lots of scandals related to their skin difference and her mom's disapproval, the two spent together several happy years.

Having separated from Angelos, Maya had an affair with Vusumzi Make, also a social activist.

1973 was marked by the beginning of her marriage with Paul du Feu. After nine years of living together, the couple parted ways.

Angelou was the first woman of black skin who had publicly shared her personal life. Before, black women had been afraid of making their lives public, but Maya encouraged them to be fearless and do what they really want.

Fighting for feminist rights, Maya Angelou also inspired lots of frightened women to assert themselves. She has become an idol for millions of women worldwide – her quotes about freedom and independence are still being relevant. There are lots of portraits of Maya Angelou on the Internet – he fans like drawing the woman in honor of her contribution to fighting for liberty.

As for her career accomplishments, Angelou was honored with two Grammy awards for one of her books and active position.

Date of Angelou's death is May 28, 2014. Her nurse found the woman dead. According to her relatives, Angelou's health had been deteriorating, but it didn't prevent her from working on her books.

By the moment of Angelou’s passing away, her net worth had been evaluated at $10 million.