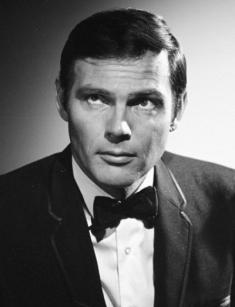 The legendary actor, mostly known for playing the super-hero Batman, died at the age of 88 after a long struggle against leukemia. The disease managed to take Adam West from this world, but nothing will ever happen to erase the contribution he made to the world of cinema. While working, he garnered a huge base of fans from around the globe – they still remember his excellent talent and dedication. We are going to introduce West’s biography to you. Read it below!

Adam West was raised in the family of Swedish roots.

West witnessed his parents' divorce as a child. According to the judge's decision, young West began living with his mom in Seattle, where he studied at a high school. Because of personal problems, West's mother became inclined to alcohol.

Having completed his school education, he enrolled at a college. While at university, West was hired as a radio disc jockey and contributed to launching a military TV station.

As it is usually the case, the celebrity started his acting career from appearing in various commercials.

In 1955, when West traveled to Hawaii, he starred in a children' program entitled El Kini Popo. Initially, his role on the show was secondary, later he became a real star and gained recognition among young generation.

As his family had financial problems, Adam West took up odd jobs to earn a living. So, apart from appearing on the show, he also served as an island tour guide. Once, while working with a group of tourists, he got acquainted with a professional in movies production who noticed his potential and invited to work in a Hollywood movie. Thus, 1959 is the beginning of West's professional career – he got a secondary role in the picture The Young Philadelphians.

Over the next several years, the actor played only small roles. Then he traveled to Italy where he took part in the recording of The Relentless Four. However, West succeeded to come to prominence even with secondary roles. 1966 was marked by actor's breakthrough – he acted as super-hero Batman (from Stan Lee’s Marvel Comics) in the TV series.

Interestingly, show's directors were not reluctant about offering him this role – they saw he was a perfect candidate for it. Later, he was cast of the movie Batman (alongside Burt Ward), when the series was canceled.

1969 brought the celebrity a role in the movie entitled The Girl Who Knew Too Much. However, the picture happened to be a pure financial failure.

The following projects Adam West starred in were Nevada Smith, The Specialist, Poor Devil, and others. Besides, he was invited to such TV series as Alias Smith and Jones, Alice, and American Star among others.

The role of Batman happened to be a fate for West – he reprised it many times. Firstly, he acted as the super-hero in The New Adventures of Batman, later appeared in Tarzan and the Super 7.

Additionally, he acted as Thomas Wayne in Tim Burton's Batman movie which premiered in 1989, although wanted to get the role of Batman himself (which was played by Christian Bale). Fans could see Adam West in one episode of Batman: The Animated Series – but he played nothing else but Simon Trent. Shortly after, the actor gave his voice to Mayor Grange in the animated series The Batman.

In the 1990s the celebrity played in the picture Drop Dead Gorgeous and in various TV series such as Murphy Brown and NewsRadio. In 1990 he was seen acting as Dr. Wayne in the episode of Zorro named The Wizard. The following year, he played in an episode of the pilot project - Lookwell. 1994 was marked by West's role in the picture The New Age.

Besides, he was cast of an episode of the TV series Goosebumps playing Galloping Gazelle.

Apart from acting, the celebrity has tried out writing. In 1996 his autobiography entitled Back to the Batcave was published. As for 1997, he appeared in the simulation game named Golden Nugget.

2007 brought Adam West a place among actors of the comedy titled Sexina: Popstar PI. Two years later, he starred in 30 Rock. In 2016 the celebrity appeared in an episode of The Big Bang Theory – he played the role of himself.

The actor can be seen in several videos for Funnyordie.com. He is also a star of the cartoon The Fairly OddParents shown on Nickelodeon channel – his character is a super-hero Catman.

In 2000 Adam West began appearing regularly on the animated series named Family Guy as the mayor. This character brought him a new wave of fame after playing in Batman.

West gave his voice to Mermaid Man, a character of the Disney animated movie Meet the Robinson. Besides, he voiced a character of XIII, the video game.

By the end of Adam West’s life, his net worth has been evaluated at $10 million.

Speaking about Adam West's relationships, he has had three wives. In 1950 he tied the knot for the first time – his partner was Billie Lou Yeager who he met while studying at college. Their marriage ended up in divorce in 1956. The following year, Adam West became a husband of Frisbie Dawson – their wedding ceremony was held in Hawaii. The spouses had welcomed two kids before separating in 1962. 1970 was marked by the beginning of West's third marriage – he shared vows with Marcelle Lear. The woman gave birth to their two children.

The actor was known for his wise quotes about life, relationships, career and success.

Adam West passed away on June 9, 2017, having lost the struggle against leukemia.