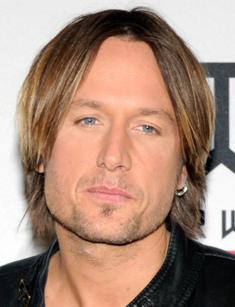 Keith Lionel Urban is a guitarist, singer, and songwriter from New Zealand who performs mostly in a country genre. He also appears on television, for instance, since 2012, he has been a judge on the TV show American Idol. Urban is married to the famous actress Nicole Kidman, and they have two charming kids together.

Keith Urban was born in New Zealand in 1967 to Marienne and Robert Urban. His family lived in Queensland, Australia. Since childhood, the boy took guitar lessons and acted at the local theatre. Keith’s guitar playing was inspired by rock musicians, Mark Knopfler and Lindsey Buckingham.

In 1983, Keith participated in the New Faces, the television talent show in Australia. A few years later, he started appearing on various TV shows, including Reg Lindsay Country Homestead TV Program. Urban also was a part of the band Kids Country.

In 1990, Keith signed a contract with EMI, and next year, he released his first album, which was self-titled. The singer also appeared on the compilation project titled Breaking Ground - New Directions in Country Music that received the nomination for Best Country Album. In 1993 – 1994, Urban was on tour with Slim Dusty as a backup act.

In 1992, the musician moved to Nashville, Tennessee. Next year, he starred in Alan Jackson's music video for Mercury Blues. In 1995 and 1997, Keith and Vernon Rust wrote together the songs Jesus Gets Jealous of Santa Claus for Toby Keith and Tangled Up in Love for the Raybon Brothers' album respectively. In 1997, Urban created a band The Ranch, which also consisted of Peter Clarke and Jerry Flowers. That year, the group released only one album, also self-titled.

In 1999, Keith released another self-titled album, but it was already an American one. Its best songs were It's a Love Thing and Your Everything. In 2001, the singer received two awards as the Top New Male Vocalist. Next year, he released another American album titled Golden Road and its 3 million copies were sold. Also, in 2002, Urban posed naked for the magazine Playgirl, and later on the Tonight Show, he shared his regrets about that photoshoot.

After the death of Slim Dusty, Keith sang Lights on the Hill at the Tamworth's tribute concert in 2004. In 2005, Urban went on tour together with Bryan Adams, and they visited London, Glasgow, and Dublin. In summer, the album Days Go By was released and it was created only for the UK.

In November 2007, Keith released his first hits compilation Greatest Hits: 18 Kids, which included all his top 10 hits and two new singles Romeo's Tune and Got It Right This Time (The Celebration). At the beginning of the next year, he went on the Love, Pain and the Whole Crazy Carnival Ride World Tour with his colleague Carrie Underwood.

On November 16, 2010, Urban released his new album Get Closer, and the best songs from that album were Put You in a Song, Without You, and You Gonna Fly. In 2013, he played guitar on Tim McGraw's single Highway Don't Care together with the young artist Taylor Swift. Also that year, Keith released his eighth album Fuse, which was co-created with ten other producers, unlike the previous works.

In 2016, the year when his next album Ripcord was released, Urban performed with other 29 artists on Forever Country, the 50th anniversary celebration of the CMA Awards. On April 17, 2017, Urban performed the song To Love Somebody at the “Stayin’ Alive: A Grammy Salute to the Music of the Bee Gees” special on CBS. On April 27, 2018, the musician released his latest album titled Graffiti U.

For 2019, Urban’s net worth is estimated at approximately $75 million. The artist released albums with excellent success and goes on various tours. For instance, this year, in November, he performed in Atlanta with other CMA Nominees, including Blake Shelton and Luke Comb.

Urban had drug issues for a long time. In 1998, he reached his personal limit, stopped taking drugs, and checked into the treatment center in Nashville called Cumberland Heights.

In January 2005, at the G'Day LA (an event that promotes Australia), the musician met Nicole Kidman, the actress who was born in Australia. Six months later, they started dating. On June 25, 2006, the couple married in Sydney. Soon after that, in October, Keith put himself in the Betty Ford Center in California. On January 18, 2007, Urban announced that he had finished his rehab period.

Also that year, Urban filed a lawsuit against the painter from New Jersey who had the same name. The painter had a website with URL KeithUrban.com, and the singer wanted the rights for the URL. However, the craftsman also sued Keith and he won.

In 2008, Keith and his wife welcomed their first daughter, Sunday Rose Kidman Urban. Two years later, they had a second kid, Faith Margaret Kidman Urban. The spouses live with their daughters in Nashville, although they also have houses in Sydney and Los Angeles.