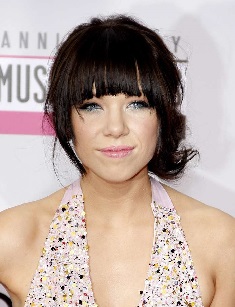 Sometimes we do not get what we desire for, and we simply give up, thinking that we could not achieve what we had wished for! But the other perspective can be that destiny must have stored something better for you in the future. The same happened with Carly Rae Jepsen. When she stood at the third position in the Canadian Idol (Season Fifth), she must not have imagined herself that how name, fame, and money are waiting for her in the coming years!

Carly Rae Jepsen is an internationally acclaimed singer, songwriter, musician, and an actress. Standing just 5 feet and 2 inches tall, she has touched the heights of success in the world of music and is an inspiration for many people around the globe. The recent news suggests that Carly Rae Jepsen engaged with her boyfriend and the couple was seen exploring engagement rings. But the same new has not been confirmed yet.

Сarly Rae Jepsen was born on the 21st of November, and thus she carries the zodiac sign of Scorpion. She was born in 1985, and presently Carly Rae Jepsen age is 33 years. She was born and brought up in Mission (British Columbia). She played a few important roles in the musical productions of her high school and also participated in the musical theatre (Canadian College of Performing Arts). Her song ‘Call Me Maybe’ created sensations all over the world and was even enjoyed by the celebrities who were noticed dancing on this catchy number.

Carly Rae Jepsen belongs to a family of six members, and she is the second kid of her parents. Larry Jepsen and Alexandra Jepsen are her parents who are into the teaching profession. She has one elder brother called Colin and a younger sister, called Katie. Carly went to the Heritage Park Secondary School and followed her desire of being a part of musical theatre there only. She played the lead roles in The Wiz, Grease, and Annie.

Carly took music as a secondary choice and kept applying to several music programs. She was guided by her school teacher Beverly Holmes who convinced her to appear in the audition for Canadian College of Performing Arts (Victoria, British Columbia). Luck, as well as her talent, supported her, and she got the opportunity to get enrolled into a music program at that place. At that time, only twenty-five students were selected for that particular program and Carly was one of them.

Once her studies were over, she shifted back to the west side of Vancouver and started doing a few jobs that were based on wages. Very few people know that Carly has worked as a barista, bartender and also as a pastry chef assistant where she got the opportunity to try open mic. According to her, that was the most pleasurable time of her life as she used to write songs and watch performances of other music artists like Sia. During that time, she kept a guitar with her that was a sweet and useful gift given by her parents.

As we told you earlier, destiny has stored something much better and bright for her. Her school teacher, Beverly Holmes, persuaded her to try her luck in the fifth season of Canadian Idol that was held in 2007.

At that time, she came up with her original unique composition, namely, ‘Sweet Talker.’ She stood at the third place and considered herself happy for getting the required experience and acquaintance without signing any contract. Jonathan Simkin, the music manager, spotted her at the time of demo recording and asked her to sign a deal of six hundred and hour records in a single year.

According to the Celebrity Net Worth, the net worth of this music superstar is almost $10 million as declared in the August month, 2017.