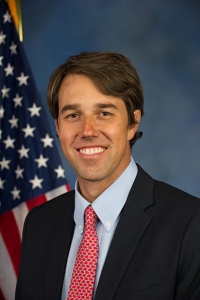 The American politician shares democratic point of view and has a substantial experience in policy.

Born in the local political family, Robert wasn’t going to become a politician in his childhood. But through ages, he found that policy was one of the most appropriate professional spheres for him. Since childhood, he was in political events and had a perfect example of politician. He also tried himself in business, but today Robert is a promising political figure with sturdy political views and system of values.

Robert was raised in El Paso. His Irish ancestors moved to the USA in the 18th century. He wasn’t the only child in the family. Robert has two younger sisters. One of them is intellectually impaired.

The boy had a splendid education in Montessori school and later boarding school in Virginia. At high school, he was interned in the Capitol Hill office of U.S. Congressman. During his university years, he was co-captain of the heavyweight rowing crew.

As a teenager, Robert had rather complicated early ages. He was a member of the notorious hacker group. This group is well-known for releasing tools allowed to hack computers. Robert wrote numerous poems for the club devoting sex and violence themes. Later Beto expressed sincere regret of his writings. Besides he was arrested for several times. In 1995 Robert and his friends were arrested and charged with burglary. In 1998 the young man was arrested due to driving while intoxicated.

He was named after his grandfather, and parents to distinguish the boy, called him Beto. Beto is a Spanish-Portuguese common nickname. His mother owned a luxury furniture store, and his father served as the state chairman of Jesse Jackson’s presidential campaign. The education in the top university allowed him to study English literature and master the Spanish language. He has a Bachelor of Arts degree.

Robert’s political opponents often try to dismiss him, mentioning his rich and violent history. Once he expressed the gratitude for a given second chance to him. Besides, Robert underlines that he had never covered his turbulent past and had already taken responsibility for all his mistakes.

Robert’s father participated in political campaigns, and since childhood, the boy visited political events. His father was very charismatic and easy-going, while Robert had a more reserved manner. Through ages, Robert is very thankful to his father for a priceless experience. He served in El Paso City Council from 2005 till 2011. In 2012 he ran to represent Texas’ 16th Congressional District in the U.S. House.

Robert won the election with 61 percent. Until 2019 he has served in the U.S. House. In 2018 he won elections in the U.S. Senate election and earned more than $80 million. The politician announced that he was going to run for the presidency in 2020.

During his college years, Robert was inspired by punk music and decided to form the band. He and his close friends learned to play the musical instruments and became the group “Foss.” Robert was a bass-guitarist. The band included the drummer Cedric Bixler-Zavala, who later became the vocalist of the popular group The Mars Volta. Robert said that this experience allowed him to see the country. The band played for gas money in various bars and clubs.

His first steps after graduating connected to different spheres. He was a live-in caretaker, proofreader and also worked for the internet service provider. In 1998 he came back to his hometown. He worked as an inventory tracker and lived in the apartment belonging to his father. In the 2000s he became co-owner of the Technology group, the first client of the company became Robert’s mother.

The software company expanded its interests and later published online newspaper and made the agreement with the local channel. According to this agreement, internet site managed to share the channel’s content and ads. His net worth is about $4 million, most of his fortune consists of his parents’ gifts.

He married the daughter of the famous businessman and developer, Amy Sanders in 2005. The twosome has got three children and resides in El Paso. The family resides in El Paso in mission revival style house built by the Henry Trost firm.

He is Roman Catholic. He has an account in twitter where Robert shares essential moments of his life. Robert’s dad was a successful businessman and politician in Texas. In 2001 he was struck from the car and got severe head injuries, as a result, he died on the scene. Robert pronounced eulogy during the funeral service.

He belongs to the Democratic party and supports its ideas. His presidential campaign in 2020 is focused on several issues concerning key subjects: education, immigration, environment, guns, trade, campaign finance, and economy. He is going to stop gun violence by closing loopholes and implementing universal background checks. Climate change is a top priority in his policy. The political candidate plans to make the most substantial investment in infrastructure, allowing people to prepare for extreme climate change.

The candidate underlines that the government must guarantee all people access to high-quality education. He pays special attention to elementary schools as the first five years are the most important period for the child’s development. Robert supports LGBT rights and wants to overturn the transgender troop ban and “Deploy or Get Out.” One of Robert’s aims is to put end Trump’s Discriminatory Policies.