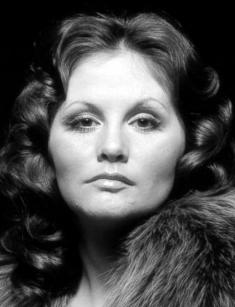 Linda Lovelace after she quitted pornographyLinda Lovelace in the movie Deep ThroatThe girl from the Puritan family was nicknamed “Miss Holy Holy” at school. Nobody could have thought that she would appear nude in front of cameras and become famous all over the globe for the lead role in the adult movie Deep Throat.

Was she glad to be popular? Many years later, the woman said in her interview she was forced to film: her husband, Chuck Traynor, would point a gun at her; there were many bruises on Linda’s body. Nevertheless, the movie Deep Throat made Lovelace famous and grossed $600 million.

Linda was born on January 10, 1949, in the Bronx into the family of a police officer. The parents made the children follow the religious rules, and the mother did physical punishment for the smallest act of misbehavior.

Linda grew up as an obedient child; the local priest called her the best among his

parishioners. Adults were watching her tightly until the young woman fell in love: 19-year-old Linda broke bad. She met her would-be husband Chuck Traynor and got pregnant; the family was shocked with that news. Linda’s mother, a bossy woman, decided to take the baby to an orphanage until Linda would be capable of carrying about it.

To shoot the project, the director Gerard Damiano borrowed the money from the Italian mafia; all the benefits from the movie covered the debt. Linda personified a woman unsatisfied by her sexual life. As she consults a doctor, it turns out that she cannot feel pleasure as the main erogenous organ is located in her throat. The doctor tries to help solve the problem; Lovelace’s character is also looking for a man who would bring her to the climax.

It is still unknown whether Linda was forced to participate, as she said in her interviews:

“When you see the movie Deep Throat, you are watching me being raped. It is a crime that movie is still showing; there was a gun to my head the entire time”.

In her book, she wrote about the first day of working on the video:

“Something was happening to me, something strange. It had to do with the fact that no one was treating me like garbage. And maybe it was just the chemistry of being part of a group. For the first time in many months, I was thrown in with other people, other people who weren't perverted and threatening. <…> I hadn’t laughed, really laughed, in so long that my face had to carve new smile lines. <…> And no one was asking me to do anything I didn’t want to do”.

The investigation about the movie-set abuse was organized. None of the actors and the crew confirmed that Linda participated with a gun to her head whereas violence in the actress’s family was a well-known fact; Chuck Traynor confirmed that.

After the movie, Linda was invited to many shows and interviews; her photos appeared in covers of popular magazines. Producers hoped to repeat the success and created the sequel of Deep Throat. In 1975, the movie Linda Lovelace for President was released; the actress played herself and participated in the pre-electoral campaign.

In 1973, Lovelace left Chuck Traynor for the producer David Winters with whom she collaborated on Linda Lovelace for President. They did not spend much time together, though.

In 1975, the actress married a cable installer Larry Marchiano. Two children were born in this family: the son Dominic (1976) and the daughter Lindsay (1980).

Linda took any job; a computer store became her last place of employment. In 1996, the woman divorced Marchiano; however, the ex-spouses remained friends.

On April 3, 2002, Linda was rushing to work and lost control of her car. The woman was not buckled and went through the windshield; she had many injuries, such as skull fractures and a ruptured liver, that became the cause of death.

Linda Lovelace was unconscious for three weeks; the children and ex-husband Marchiano were there all the time. April 22, 2002 became her last day: the woman was plugged off the bypass machine. The decision was made three weeks after a deep coma. The next day, Marchiano told journalists:

“Everyone might know her as something else, but we knew her as mom and as Linda”.

In 2013, the biopic Lovelace starring Amanda Seyfried was released.