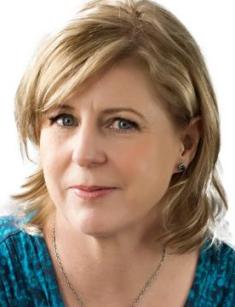 Liane Moriarty is an Australian prose writer whose novels are popular in her home country and beyond. People of all ages read her books gladly; millions of copies are sold worldwide.

The novelist portrays goal-oriented characters who have to encounter unexpected challenges. Each story offers a secret to be solved by readers; its intrigue lasts until the last moment. Throughout ten years, the woman wrote three children’s fantasy books and six adult novels; they have been translated into 35 languages.

The future writer was born on November 15, 1966, in Sydney, Australia. The parents wanted the child, and the mother described every moment of the baby’s life in a diary; Liane keeps these notes tenderly. Later on, three daughters and a son were born in the family, and the parents had no time for their diaries.

Young Moriarty loved literature; wherever she was, she paid primary attention to books. The teenager tried herself in writing, too. The father encouraged his daughter to do that and even ordered a short story for a dollar. It was the girl’s first earning. Liane realized she liked to write and threw herself to work. Soon, she created the three-part opus The Mystery of Dead Man's Island.

Just like the young woman’s relatives, Liane was not sure if she was going to devote her life to literature. She received an education and got hired at a marketing company to develop her career gradually. When Moriarty became a marketing manager for a large publishing house, she decided to start her own business, but the first experience turned out to be a failure, and Liane preferred to remain a freelancer.

The beginning writer created short stories, advertising slogans, and video scripts; the fiction she composed for pleasure was just put off.

At that period, Liane’s sister Jaclyn published a novel. Liane’s opinion about her hobby changed, and she made up her mind to try her fortune. She was sending her children’s book to various companies and received many rejections. Under those circumstances, Moriarty changed the approach and entered Macquarie University in Sydney to study creative writing.

In 2003, the woman wrote the novel Three Wishes, and Pan Macmillan Australia bought the rights on it. The book became a bestseller soon. It is the story about the triplet sisters whose lives are darkened by infertility, absence of love, and obsession with careers; however, an accident changes everything dramatically. Thanks to the first success, Liane could quit her job of a copywriter and enjoy writing.

In 2006, the author released The Last Anniversary about a woman who suddenly received a substantial inheritance; it was also popular among readers. What Alice Forgot followed in 2009. As the story runs, the main character, the 40-year-old woman, is delivered to a hospital with amnesia: she has forgotten the previous ten years of her life and believes she is 29; according to Alice, she has an excellent husband, and they are expecting the first baby. However, the reality is entirely different.

As an accomplished writer, Moriarty came back to children’s literature with The Petrifying Problem with Princess Petronella (2007). Young readers loved the girl who saved the planet from terrible threats, and Liane continued with two new stories: The Shocking Trouble on the Planet of Shobble (2009) and The Wicked War on the Planet of Whimsy (2010). After that, the writer returned to the adult literature and presented three bestsellers.

2013 brought the thriller The Husband’s Secret. One day, the happy spouse and mother of three finds a letter that reveals her husband’s secret. Many critics called this novel the best in Moriarty’s career. The Hypnotist's Love Story was similar in terms of the themes, but its success was not so great.

The 2014 novel Big Little Lies was adapted to the screen as a mini-series; both readers and TV viewers appreciated the story.

The novelist’s personal life has been happy. She married the former Tasmanian farmer Adam and continued to write. The couple has two children: the son George and the daughter Anna.

Liane likes extreme sports; whenever she has free time, the woman water-skis or swims.

Nowadays, Liane Moriarty is a successful writer. She has no official Instagram account, and fans post pictures with the hashtag #lianemoriarty. The woman rarely gives interviews, but she personally holds each novel presentation and gives autographs to fans.