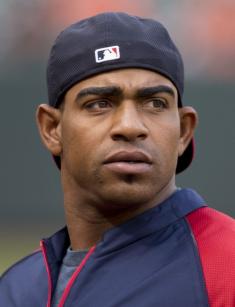 Cuban-born 33-year-old prominent sportsman will reportedly miss the whole 2019 season because of a severe trauma he got while practicing. The rumors appear the Mets, the team he is a member of, is going to get rid of the player. Is it the truth? What else related to the sportsman do people gossip about? Read the article and know all the latest news about Cespedes!

Cespedes comes from Cuba – he spent his childhood in a small provincial city. He was raised in the family of athletes – Cresencio and his wife, Estela. As a kid, Yoenis got through his parents’ divorce and remained with his mom, following the judge’s decision.

The woman transmitted the love for sport to his son. He entered a specialized sports school to work out and develop his skills from the very childhood.

So, Cespedes became a precious player and was invited to join the national team of Cuba to take part in winter championships. Besides, he performed in the National Series of Cuba in 2003, 2004 and 2005.

The following year was closed with 18 home runs and 80 runs – Cespedes appeared in 90 fights in sum. He held leading positions among his teammates in the stats.

In 2011 he left his motherland moving to the Dominican Republic. It made him eligible for taking part in the draft and becoming an official free agent. One year later, he moved to America and participated in the draft.

While appearing in the draft, the sportsman’s skills were noticed by the Oakland Athletics, and he was offered to join the team. At the beginning of 2012, he concluded a $40 million contract with the franchise.

March 29, 2012, was marked by his first game played in the big league. So, he faced the Seattle Mariners, scored his debut home run and led his squad to a victory.

His first playing year with the Athletics was closed with 27 home runs and 81 RBIs.

The year 2014 was marked by Yoenis’ trade to the Boston Red Sox.

Having faced the Los Angeles Angels in August, Yoenis scored his debut home run as a part of the new squad. In his first year, Cespedes took part in 52 matches, batting .270 and scoring seven home runs.

By the end of 2014, Cespedes had transmitted to the Detroit Tigers. Yoenis’ first match for the club was against the Minnesota Twins. Having recorded two home runs, he helped the franchise beat the opposer.

In summer 2015 the sportsman began performing for the other team - the New York Mets. Defending his squad in the game against the Colorado Rockies, he scored four home runs. In his first 45 matches played with the club, Yoenis’ batting average was of a .310; he registered 18 home runs and 43 RBIs.

At the beginning of 2016, the player signed a deal extension with the team. He passed almost the whole season without injuries, eventually being ruled oud in August because of a broken ankle and returning to matches only the following season.

The match against the Phillies became the most memorable one in 2017 – Cespedes made four home runs, and the Mets defeated the opposer with a 15-6 score. In total, that year brought him a .301 batting average and 18 home runs. He appeared in 82 matches in sum.

In spring 2019 the news appeared Yoenis Cespedes would be unlikely to play this season because of a severe injury.

Cespedes is the dad of the son named Yoenis Jr. The two have not seen each other since the moment Cespedes moved to America. They communicate through Social Media. There is no information about his son’s mother.

As for today, the sportsman is romantically linked with Sandra Quesada. Together, they live in Cespedes’ house located in California.

According to the site ‘Baseball Reference’, Yoenis Cespedes’ net worth is evaluated at $80 million. Being one of the wealthiest sportsmen, Yoenis Cespedes has a big car collection, including the most expensive car brands. Not only the player uses cars for driving. He also likes creating unusual designs for them and turning a vehicle into a real masterpiece. Once in an interview Cespedes shared that this activity helps him get through stress situations.