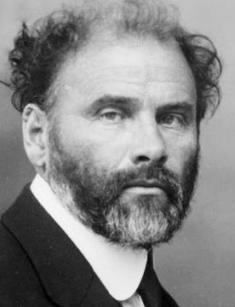 Gustav Klimt is an Austrian painter, recognized worldwide as a master of portraying female body. At the time, the artist was notorious for his works, full of naked eroticism.

For the late 18th and early 19th century, paintings of such frank content seemed too bold and shocked art lovers accustomed to the works of masters of the classical school. But this shock did not become a barrier to the glory that accompanied the artist throughout his life. Representatives of the Vienna Secession movement consider Klimt to be the founder of it. Today, the master's paintings are sold for an unbelievable amount of money.

Gustav Klimt was an Austrian by nationality, but he also had Czech blood in his veins from his father, a jeweler whose childhood and adolescence was spent in Bohemia. In her youth, the mother of the future painter was also connected with art - she dreamed of becoming a musician. But having a large family, she had to forget her dreams. Gustav was the second oldest of the seven offsprings of the Klimts. They had three sons and four daughters.

The brightest representative of Art Nouveau was born in the summer of 1862 in Penzing, one of the 23 districts of Vienna. He grew up in Baumgarten County. Penzing is famous for its picturesque nature, because it is located on a spur of the Eastern Alps, and the Vienna forest covers one-third of the area.

The work of his father, gold engraving, did not bring an income that would allow the family to live in prosperity. But all the children of Ernst and Anna Klimt, when they grew up, chose art. The sons became artists; daughters made a career in the fashion industry.

The first steps of the creative biography of little Gustav were made under the guidance of his father, who taught his son to mix paints and apply strokes on the canvas. At the age of 14, the young artist became a student of the art and craft school in Vienna. A year later, Gustav's brother Ernst entered the school that operated at the Austrian Museum.

Klimt chose the specialty of architectural painting. The idol of the young man during his studies was Hans Makart, who worked in the historical genre. Surprisingly, in his student years, the future star of the Art Nouveau differed from progressive mates and respected conservative groups in academic education.

In the early 1880s, brothers Gustav and Ernst, along with a friend Franz Matsch, painted frescoes in the theaters of the Austro-Hungarian province. In the mid-1880s, young artists decorated the court theater and the Museum of art history in Vienna, for which Franz Joseph awarded the most talented of the trio – Gustav Klimt – the "Golden Cross." The Imperial award, received at the age of 26, opened him the way to glory. The painter became an honorary member of the universities of Vienna and Munich.

In the early 1890s, Gustav Klimt's father and brother died one after another. The grief from the loss of loved ones left an imprint on the work of the master – soon he had an individual style that made Klimt's paintings recognizable. In this tragic time, Klimt met his muse Emilie Louise Flöge, with whom he did not part until the end of his life.

In the second half of the 1890s, the future founder of Art Nouveau led a group of artists, called the Vienna Secession. Young Austrian rebels rejected the framework of academic painting, surprising and shocking society with too bold works.

Klimt's first works, which brought him scandalous fame, were decorative. In 1894, he received an order for three pictures for the ceiling of the Assembly Hall of the University of Vienna, from which he graduated in six years. There was a massive scandal at the presentation of paintings Philosophy, Medicine, and Law.

Outraged conservative citizens called his work pornography and demanded that the painter should be imprisoned. Gustav Klimt did not take state orders anymore but did not give up the idea of painting nude women. At the same time, eroticism and sensuality in his paintings did not cross a fine line, beyond which they would turn into vulgarity.

The end of the 1890s is called the "Golden period" in the work of the master of Art Nouveau. For works of this period, Klimt used gold leaf. His paintings of the late 1890s were the most expensive and famous. The famous Kiss is a brilliant example of modernism, reminiscent of the beauty of the Venetian mosaic. Reproductions of the work are often used to decorate champagne glasses.

In 1899, Gustav Klimt again caused a shock, presenting to the public a painting called The Naked Truth. A symbolic naked red-haired girl with a mirror in her hand personified this very "naked truth." Getting a flurry of criticism, the painter replied, as expected from the brilliant mind, with a new picture with the same shocking "character." The artwork Goldfish showed the public the bottom of the same beauty with fiery hair and curvy forms.

Gustav Klimt was an over-achiever. He was praised in life. The fashion master always received a ton of orders, receiving a high salary. He could choose topics and subjects that seemed interesting. But the mandatory element was the female body and overt eroticism.

The most famous paintings of the "Golden period" of the Austrian guru of Art Nouveau, in addition to Kiss and The Naked Truth, are the paintings Portrait of Adele Bloch-Bauer I, Water Serpents II, Hope, Three Ages of A Woman and The Tree of Life. The Latest work – a mural painted in 1905-1909, can be seen in the Brussels Palais Stoclet. The fresco has other names – The Tree of Knowledge and the Tree of Love.

Gustav Klimt's legacy includes landscapes painted in his "signature" style. For them, the master took square canvases, believing that this form "expanded" space. In the last five years of his life, Klimt painted only landscapes. The most famous of them is Apple Tree and Birch Forest.

There were legends about the quick temper of Gustav Klimt. Klimt's contemporaries said that Gustav had an affair with almost every model. The master was said to have had from 14 to 40 children born to ladies who ordered portraits, models and simply "priestesses of love," to whom he paid money. They say that young ladies of noble families lined up and were ready to do anything, just to get a precious portrait by Gustav Klimt.

In fairness, it must be said that there was another opinion: the artist was not interested in sexual intimacy; he was a supporter of Platonic relations. But this version seems doubtful when Klimt's biographers talk about the artist' disease which was widespread in the late XIX — early XX century. A prostitute gave Gustav syphilis. The fact is featured in the movie Klimt, which premiered in 2006.

No matter how many women were in bed with Gustav, the main muse who remained in the status of the bride was Emilie Louise Flöge. She was a talented fashion designer and hostess of the fashion house. He called for her when he was dying. Their relationship lasted 27 years, but they never got married nor had any children.

Klimt's admirers noticed that the master liked two types of women that he painted all his life. These were curvy red-haired beauties (such is Danaë) and brunettes with delicate features and boyish figures ("Portrait of Adele Bloch-Bauer I).

The famous Austrian painter died in February 1918. The cause of death of 55-year-old Klimt was pneumonia, which was fatal after suffering a stroke.

He was buried at the Hietzinger Cemetery in Hietzing, Vienna. Gustav Klimt left dozens of unfinished paintings.

In 2017, art lovers all over the world had a unique opportunity to get acquainted with the work of Gustav Klimt. The exhibition of graphic works of two famous representatives of Art Nouveau – Gustav Klimt and Egon Schiele-was held in many countries.