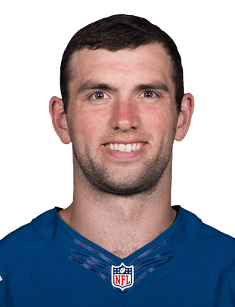 He is a pro football player with impressive stats and numerous prestigious awards. He played for seven years as a vital part of his team-leading it to multiple victories. The football player had good heredity and followed his father’s steps. Nevertheless, he proved to be a versatile person with broad interests.

Andrew decided to follow the steps of his father, who was directly connected with sport. An athlete, his father Oliver had much influence upon Andrew, as well as gave him various opportunities to do his best.

Since childhood, Andrew gets accustomed to traveling a lot and live in several places. He wasn’t the only child in the family. Therefore he has two younger sisters and a brother.

Asa result of numerous wins and splendid games at high school, he established himself as a promising footballer. In 2008 a real star of the high school gained an athletic scholarship. His college stats are fantastically successful. He obtained several prestigious awards and was repeatedly named as a football of the year. He was one of the most hyped players of those times, even though he decided to lengthen his college period and continued to play his redshirt junior season in 2011.

In 2012 he was quickly drafted. Soon he had become a vital part of the team which repeatedly appeared in playoff in the seasons 2013 and 2014. He is well-known as a rather aggressive player with exceptional passing and mobile threat in 2015. In 2016 he injured his shoulder but remained sufficient player on the field, but in the 2012 season, the footballer had to undergo a surgery which caused his dismissal of all season.

The next year he managed to return successfully recovering from injury. He led the team to ten wins and playoff appearances. Nevertheless, the footballer decided to retire in 2019. In his announcement of retirement, Andrew told about several injuries, which brought him much pain and mental struggle. He said, “For the last four years I’ve been in this cycle of injury, pain, rehab, injury, pain, rehab. It’s been unceasing and unrelenting, both in-season and off-season, and I felt stuck in it. The only way I see out is to no longer play football”. As a result, he finished his career as one of the best professional athletes.

The footballer had numerous scores of fans. His net worth is $26,9 million. Retiring the player lost a lot of money, as he rejected the potential earnings and left money on the contract. He signed the agreement in 2016 as a six-year extension. Therefore he lost about $50 million, his salary in 2019 is $9 million.

Though this news shocked his fans, Media supported Andrew’s decision. As a multi-talented nature, he needs opportunities to try himself in other fields and build his own family. Besides, the athlete had a degree in Architecture and has got a high level of intelligence. Andrew is interested in something more than playing football.

As Andrew spent a significant part of his childhood in London, he had a chance to enjoy soccer, and since those times vividly support English teams, among them Arsenal and Tottenham.

He signed several contracts as endorsements, thus in 2012, he collaborated with Nike, and in 2013, he had become a partner and investor in BodyArmor SuperDrink.

The footballer is known as a vivid librarian who enjoys reading. Besides, he stands from other athletes with polite manners on the field. Thus he had a habit of congratulating his opponent in the single struggle in the area.

In 2019 Andrew married his long-termed girlfriend. In summer, he and his wife announced that the couple was expecting a child.