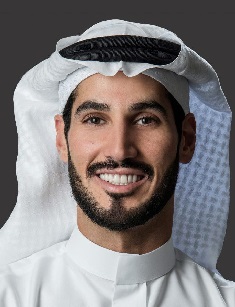 Hassan Jameel is the Deputy President and Vice Chairman of the family company named “Abdul Latif Jameel", where he is responsible for the Saudi Arabia operations. He also does a lot of philanthropy work and the main troubles that worry him are healthcare and refugees.

Speaking about Hassan’s education, he attended the school in Japan. After graduation, he went to the Sophia University in Tokyo, where he received his bachelor degree in International Economics in 2001. Then, he got the degree of master of business administration (MBA) in the London Business School. Jameel is fluent in English, Arabic, and Japanese languages.

After receiving all his degrees, Hassan Jameel has worked in Japan for Toyota Motor Corporation, specifically in the Domestic Kaizen Department, during the 2004 year. This meant a lot because no foreigner was put in this position before Jameel.

After that, he went back to Saudi Arabia, where his family business is situated. The name of the company is “Abdul Latif Jameel," as we mentioned before. ALJ is known as one of the biggest independent distributors of Toyota, Daihatsu, and Lexus vehicles in the world and also as the primary sponsor of Saudi Arabia's top-tier football league. By the way, Jameel’s family owns a soccer league with 14 teams, and it is called the Jameel League. “Abdul Latif Jameel” does operations in more than dicker countries in the Middle East, Europe, Japan, and China. Hassan is responsible for the operations like land and real estate, machinery and so on in Saudi Arabia.

Besides, Hassan is the president of the ALJCI – Abdul Latif Jameel Community Initiatives – the philanthropic organization that does not “define people by their problems, but by their potential," as it says on its website. It has partnerships with the Massachusetts Institute of Technology, Victoria and Albert Museum in London, and the Grameen Foundation. One of Jameel’s business’ concerns is our environment. For instance, in 2015 ALJ bought Madrid-based Fotowatio Renewable Ventures, which has evolved more than 50 solar and wind energy projects in dozens of countries. In 2017, the company signed a contract with FRV to create an Australian solar farm to power 45 Thousand houses.

Jameel is a billionaire, has a net worth of $1.5 billion, and all that comes from Hassan's family business. He knows how to treat money, and he gives a lot into philanthropy. Jameel is also included in the advisory board of the Tokyo University.

The field of Hassan’s philanthropy activities is rather huge. He is the president of the “Community Jameel” which has been a part of the Abdul Latif Jameel philanthropies since 2003. This organization cares about job creation, poverty, education for refugees, underprivileged children, healthcare improvement, etc. Besides, “Community Jameel” gives support to the artists, helps to promote culture. It has a partnership with the Massachusetts Institute of Technology; they try to solve some global issues.

Hassan himself is particularly involved in the road safety initiative, which works for the safe driving through some awareness campaigns. He also works on the humanitarian programs together with the Office of the United Nations High Commissioner for Refugees, which protects refugees.

For now, Jameel is not married, but he has an ex-wife, Lina Lazaar. She is a Sotheby's contemporary art specialist who helped the art of Saudi Arabia, so now its pieces of art are often a part of various exhibitions. We can see what they have in common: Hassan is an art collector and also a supporter of the arts. By the way, he plays the piano and visits some new exhibitions in his free time. The pair got married in 2012, although, their relationship ended up in divorce. After that, Hassan has been dating Naomi Campbell, a model, and actress, who, by the way, used to be a friend of Rihanna, his present girlfriend. However, the exact timelines of his relationship with Campbell are not known.

Since 2017, it was known that Jameel has been in a relationship with the singer Rihanna. Maybe they started dating even earlier and kept this in secret. In 2018, there were some rumors about them breaking up. Perhaps, the problem is that Hassan Jameel is a “private person” and the media cannot get enough of two lovers. Although, at the beginning of 2019, Hassan and Rihanna were spotted in the restaurant. Besides, Rihanna spent her 31st birthday with Jameel and her dearest friends. You can check her Instagram posts where she has fun at the Los Angeles Lakers’ game.

However, Rihanna really likes Hassan’s need for privacy. She is a famous singer, and when it comes to close relationships, she is always afraid that people might use her just for fame. Fortunately, she has nothing to worry about with Jameel. There are even rumors that Rihanna is so crazy in love that she will say "yes" if he proposes.

By the way, Rihanna had a tough past connected to her lovers. For instance, in 2009, her then-boyfriend, singer Chris Brown, physically assaulted her. Anyway, we are happy that now Rihanna is having a happy and positive relationship with Hassan! And, according to the sources, Chris is happy for her too.